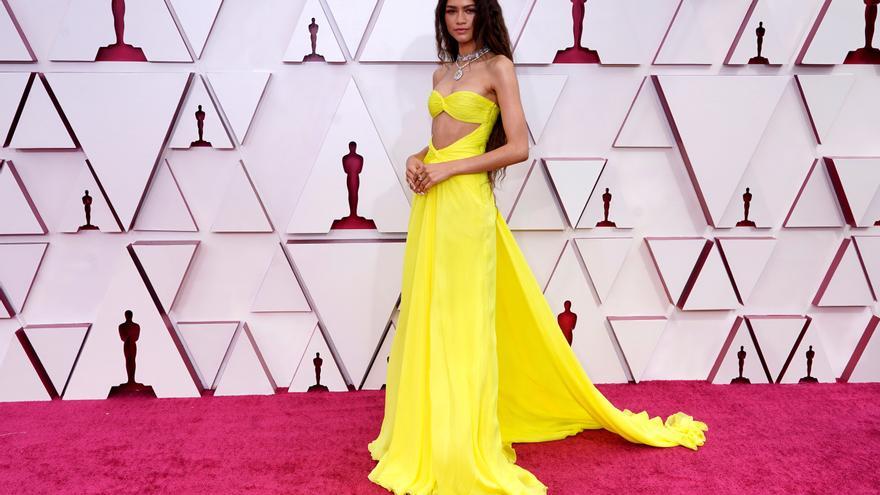 Madrid, Apr 26 (EFE) .- Despite the small number of attendees at the Hollywood Film Academy Awards gala, the Oscars do not disappoint and the red carpet is always there to dream and shine.

And that’s what the few protagonists who have paraded through the lobby of the historic Union Station in Los Angeles, one of the venues of the gala, have thought.

On her way to the living room, actress Zendaya has shown that she is not afraid of the superstition of the color yellow in her wardrobe or accessories, wearing a striking Valentino dress and an impressive diamond necklace from Bulgari, the Italian jewelry firm of the one who is an ambassador.

The piece is a preview of the brand’s 2021 Haute Jewelry collection, which will launch this summer. The necklace is transformable, as it has two diamond necklaces with a removable central clasp and a tassel.

The protagonist of “Euphoria” completed her look with diamond earrings, a bracelet and several diamond rings; a total of 183.3 carats, valued at more than six million dollars (almost five million euros).

The actress, an icon of generation Z, leaves no one indifferent on a red carpet, where she always stands out as one of the most elegant women and, this time, for obvious reasons, as one of the brightest.

The Italian singer Laura Pausini stepped onto an Oscars gala for the first time and also shone with an impressive black dress, but also because of the strength of the jewels she was wearing, also from Bulgari.

Pausini was nominated for the best song for “Lo sì”, from the film “La vita davanti a se” (“Life ahead”), and although she could not take the award home, she wore a winning image with two earrings in platinum with octagonal emeralds and diamonds combined with a high jewelery ring in platinum with an emerald cut diamond and pavé diamonds.

Stunning in red, Oscar-winner Reese Witherspoon also opted for the Italian jewelry firm, combining a colorful mix of rubies, diamonds, onyx and pearls, valued at over $ 3 million (almost two and a half million euros), with a bracelet. from the 2020 collection.