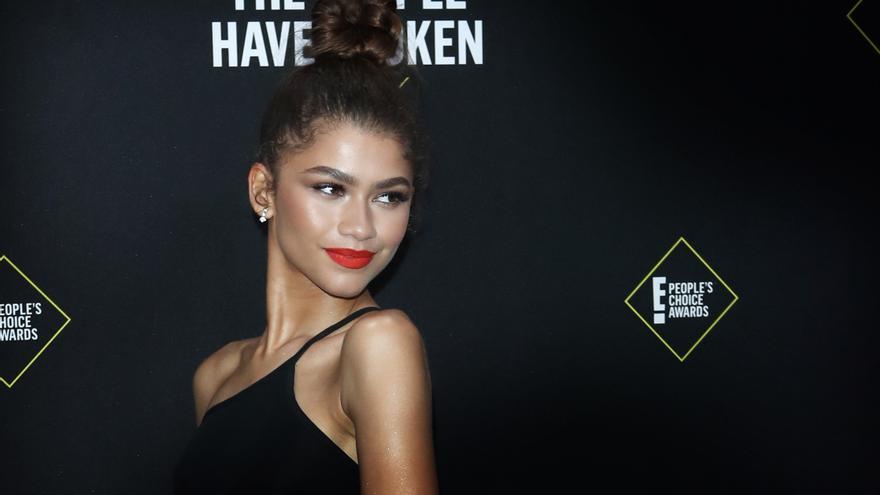 Los Angeles (USA), Jan 16 (EFE) .- Zendaya plunges into the turbulence and chaos of love with “Malcolm & Marie”, a film directed by Sam Levinson, the creator of “Euphoria”, and where The actress is measured in a high-flying interpretive duel to John David Washington.

Zendaya, Washington and Levinson presented this film virtually today, which will premiere on Netflix on February 5, and reflected on the difficulties involved in a project conceived and shot during confinement.

“Sam said to me, ‘Why don’t we do something with just two people, delete everything else and do it in black and white? A play by a couple set in a few hours, with just one location. And you have a filmmaker. He comes home from the premiere of his movie and is there with his girl (…) and then chaos breaks out, ‘”Zendaya recalled.

“Malcolm & Marie” explores the secrets of this couple, investigates the nature of their relationship, and tries to find out the keys to their love or lack of love.

All this is developed with a story in which only two actors appear on screen: Zendaya and Washington.

In this sense, the Emmy winner for best actress in a drama series for “Euphoria” stressed that working slowly and eventually in her favor was fundamental.

“In essence we did like a lot of practical training (during filming),” said the producer of this feature film.

“We had time while we did the confinement together, so being together in a room JD (Washington), Marcell (Rév, director of photography), Sam and I got to ‘live’ the material and delve into it,” he said, underlining the “freedom” and “the space to create” that he felt during production.

A COMPETITOR AT THE HEIGHT

Levinson knew Zendaya well from her successful and spectacular collaboration on “Euphoria” (the young star said today that this director and screenwriter is like “a creative beacon” for her).

But to counter him, Levinson needed an actor fully prepared for a challenge like “Malcolm & Marie.”

“I wrote the character of Marie the way I know Z (Zendaya): confident, funny, but also tough and not afraid of an argument,” she explained.

“So I was writing this character who was really formidable. And I think the reason JD came to mind was because she’s the only person I can imagine going from you to you in front of her (…) and from To be able to do it with some grace and humor, as I think humor is at the core of their relationship, “he added.

For its part, Washington, which has stood out in films such as “BlacKkKlansman” (2018) or “Tenet” (2020), praised Levinson’s script, marked by great monologues and constant crossovers between the two characters.

“The beauty of this movie is that Sam shaped this beautiful, multi-dimensional love story. It was all in the script,” said Washington, also a producer on the film.

“I saw myself trying to catch Sam and Zendaya in the same way that Robert de Niro says Scorsese’s scripts or Samuel L. Jackson does it with Tarantino’s words. I feel like it was that kind of relationship. And it was inspiring on a daily basis to watch. how they communicated, how passionate the discussions about art were … It was like the Olympic Games of creativity: the best idea is the one that wins, “he said.