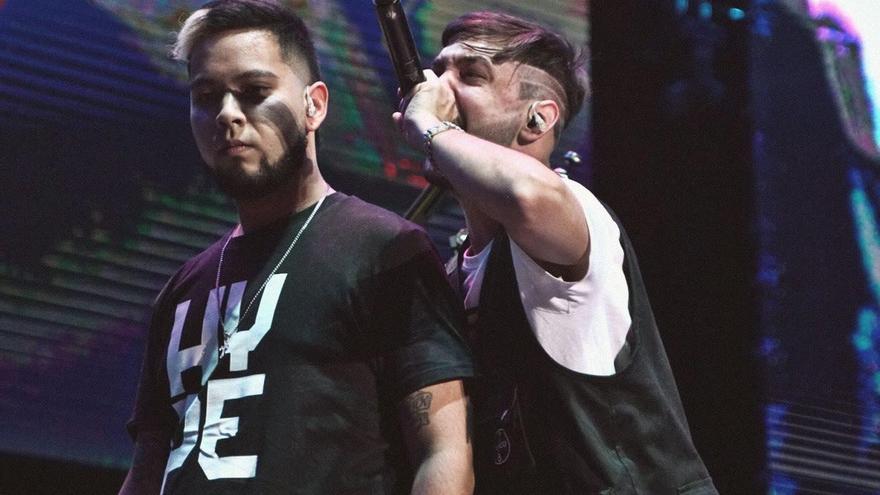 Madrid, Sep 10, 2021 (EFE) .-. The Spanish Zasko Master and Mnak were the protagonists of the first day of the International Freestyle Master Series (FMS) qualifying phase and they obtained, together with Pepe Grillo, Papo, Mecha and Acertijo a place for the Grand Final on September 11.

Urban Roosters modified the format of the competition, reducing each confrontation to two rounds (one of words and the other of blows) and organizing a free-for-all in each of the groups. This resulted in a 30-battle marathon that delighted the audience at the Palacio Vistalegre Arena.

In group D, Zasko Master, Pepe Grillo and Papo won their place in the Grand Final on Saturday, while Strike and Rapder, current Red Bull and FMS Mexico world champions, were eliminated.

The Spaniard recovered from the setback he initially suffered against two-time Chilean champion Pepe Grillo and proved to be one of the greatest exponents of discipline in the use of techniques in his rapping. Zasko was the main beneficiary of the 'Incremental Mode', in which he used words to build his usual metric structures, with which he conquered the Madrid public.

While the Spaniard and Pepe Grillo solved their classification on the fast track, Rapder and Papo had to face each other in a direct all-or-nothing duel for the last of the places. The fans, eager to receive Papo due to the rumors of his possible absence, turned to the popular competitor from Mar del Plata and took him flying, helping him to turn the battle in his favor.

"Papo didn't beat me, Madrid beat me," Rapder declared on his Twitter account after the controversial result, referring to the enormous influence of the support of the Vistalegre stands on the jury vote.

On the other hand, the Spanish Mnak led with an iron fist a group E in which Mecha and Acertijo also qualified. Jaze, champion of FMS Peru, and Garza could not get their ticket to the Grand Final.

The cleanliness, freshness, originality and aggressiveness that characterize Mnak's 'bloody' style allowed him to dominate each round from start to finish, evidencing that he is one of the best competitors of the circuit's elite and, incidentally, giving away some of the rhymes that made the stadium vibrate the most.

Thus, to the losses of Bnet, champion of FMS Spain, and Stuart, champion of FMS Argentina, were added the defeats of the current holders of the title in Peru and Mexico, so that the Chilean Nitro is the only champion that continues with options to advance in the competition.

In addition, the group of reserves, which opened the day, ended with the classification of Skill (Peru), Tirpa (Spain), Wolf (Argentina) and Yoiker (Mexico), which will occupy the places of Bnet, in group A, and Stuart, Ricto and Lobo Estepario, in B, so they will compete again tomorrow. Only the Chilean Joqerr was left out.

Skill swept by winning in all their matches and was classified as the leader of the substitutes and Tirpa, who only lost to the Peruvian, remained constant, beating Wolf, Joqerr and Yoiker with solvency.