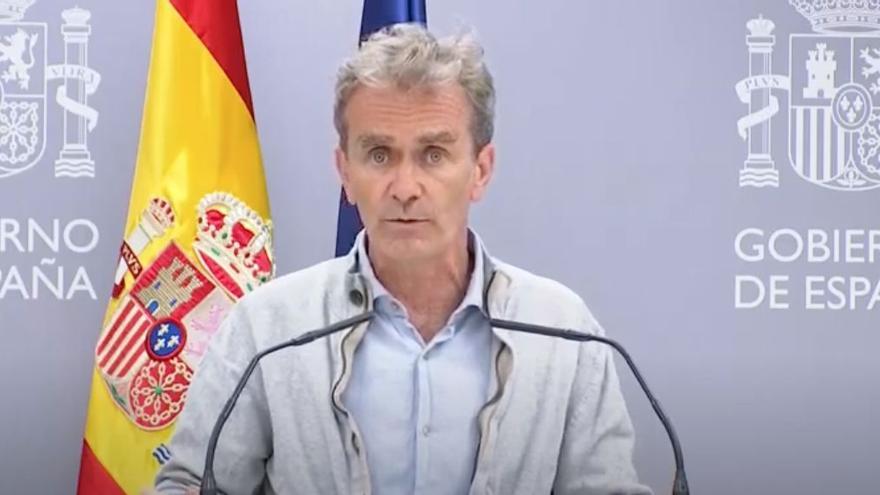 Yesterday the proposal of Zaragoza in Common was known to name Fernando Simón Favorite Son of the Aragonese capital. A few hours after the announcement, the PP, Vox and Ciudadanos announced that they were rejecting it and that they would vote against: "We consider that it does not meet the precise professional requirements and merits to receive that distinction", have underlined the popular on Twitter, where it has also Vox reacted saying that "neither supports nor will it support the distinction. It is an insult to Zaragoza."

After the meeting of spokespersons, the Zaragoza City Council issued an official press release informing that all the appointments of Favorite and Adoptive Children, including that of Fernando Simón, had been approved unanimously. When the news appeared in the media, Vox's national Twitter account denied that its training would support the proposal.

Shortly after, the Popular Party also showed its rejection of this proposal and announced that they would not support it.

Ciudadanos also joined the rejection, claiming that "it does not respond to the feelings of the majority of Zaragozans."

This Monday, the Board of Spokespersons of the Zaragoza City Council, at the proposal of the mayor and the spokesmen of the Municipal Groups, agreed to award the City's Gold Medal to health professionals, protagonists in the coronavirus pandemic against which they continue to fight every day.

"They are the ones who have made, and continue to make, the greatest effort in the face of the pandemic and those who have suffered the highest rate of infection. Health professionals and auxiliary services face the disease in the front line of battle, giving their best of themselves to fulfill their mission, that of saving all possible lives and taking care of the health of all citizens ", they have highlighted from the Consistory.

In addition to Fernando Simón, who studied Medicine at the University of Zaragoza, the Local Police of Zaragoza, the victims of COVID-19 in the city, the Retail Market Collective of Zaragoza, the singer-songwriter Joaquín Carbonell have also been proposed for this recognition (posthumously) and Monsignor Miguel Olaortúa Laspra.

These public recognitions will be this year in the month of November, after the sanitary restrictions that have forced to cancel the acts of the Fiestas del Pilar.