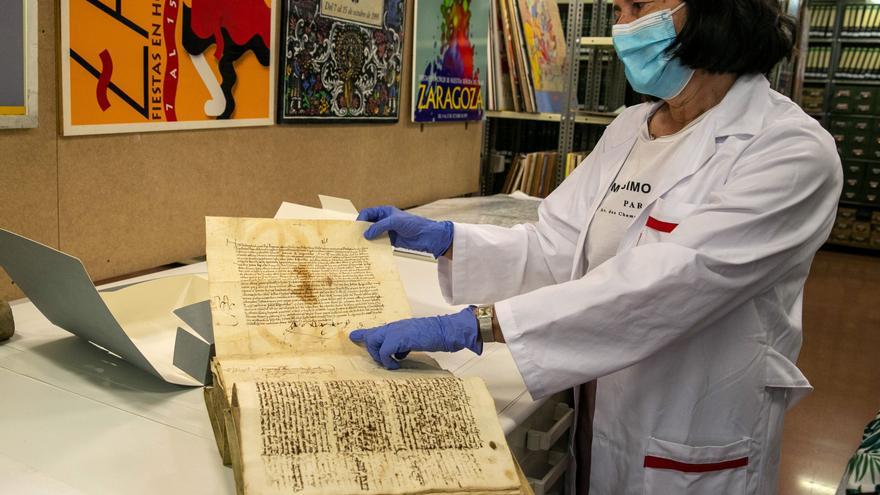 Zaragoza, 9 a (EFE) .- Zaragoza has celebrated the International Archives Day this June 9 with the organization of guided visits to the municipal archive of the town, located in the Palace of Montemuzo, which includes, according to the deputy mayor, Sara Fernández, several "documentary jewels".

The visits have been made with a limit of 15 people and have included areas such as the warehouse that keeps the minute books that is usually not open to the general public, as the Zaragoza City Council archivist, Elena Rivas, has told the media in the course of a visit to this archive.

Fernández, also Minister of Culture and Exterior Projection, has highlighted "the documentary jewels" that are in the archive, such as the photographs, the posters or the documents and files kept in the building.

This year the celebration of the International Archives Day has counted as a novelty with the exhibition "We are memory", which collects the main landmarks of the city through the use of plans, documents or newspaper clippings.

Fernández has considered that these visits suppose an enjoyment both of the "content" of the archives and of the "continent", since the Palace of Montemuzo has been considered by the councilor a "jewel of the historical heritage".

The Palacio de Montemuzo has five floors in which documents of different types such as periodicals, photographs, minute books completed since the 15th century or the archives of General Palafox are preserved.

The archive preserves more than 108,000 file boxes, as Rivas explained, since it includes all the documentation generated by the City Council since the 12th century, except for some losses, and every year it receives about 4,000 documentation boxes.

The councilor highlighted the relevance of the municipal archive at a historical and administrative level and its role as guarantor of the city's legacy.

The exhibition "We are memory" will be available until June 26 and aims to serve as a starting point for a series of exhibitions that will take place in the future.