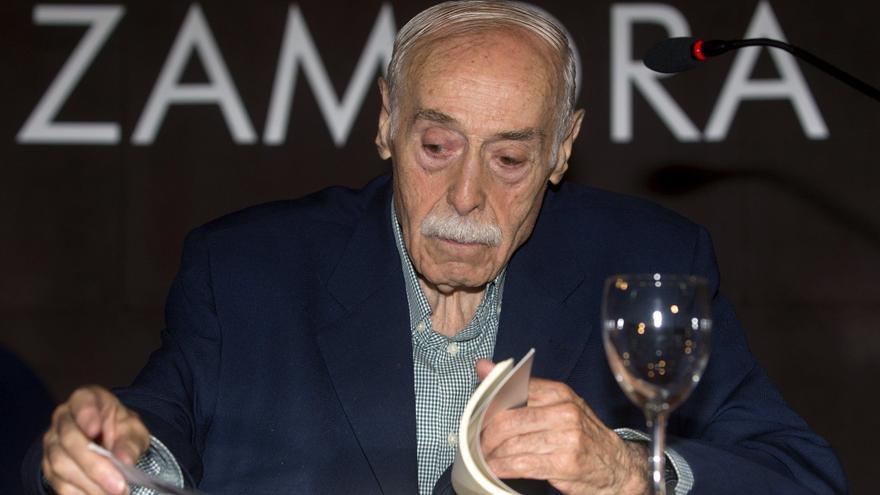 Zamora, May 2 (EFE) .- Zamora poet Jesús Hilario Tundidor died this Sunday at the age of 85 in Madrid, the city where he lived and where his health had worsened in recent days, according to sources confirmed to Efe. Zamora City Council and friends of the poet.

The mortal remains of Hilario Tundidor, who was awarded the Adonáis Poetry Prize in 1962, will be transferred tonight to Zamora, where the family has contacted the City Council to arrange his burial in the illustrious pavilion of the San Atilano municipal cemetery, according to municipal sources have specified.

Tomorrow, Monday, a funeral mass will be held at 5 pm in the church of San Vicente, before the mortal remains are taken to the San Atilano cemetery, as indicated by the Literature professor Fernando Primo, a personal friend of the poet.

The Councilor for Culture of the Zamora City Council, María Eugenia Cabezas, has assured Efe that it is a very sad loss as he is a well-known poet and one of those who has received the most awards together with Claudio Rodríguez.

Tundidor’s poetic work, translated into numerous languages, has been characterized by the “universality of its subject matter” and its “unquestionable values” which, in both cases, have drawn from the sources “of the best poetic tradition.”

The last of the awards was obtained when he was named the 2013 Castilla y León Prize for Letters, a distinction that was awarded the following year for his “magnificent literary wealth”.

The author of a dozen books of poetry, apart from anthologies, reissues and essays, Jesús Hilario Tundidor also won awards such as the 2000 León Felipe, the 1999 Castilian-Leonese Academy of Poetry or the 1997 San Juan de Baños Prize .

The last recognition came four years ago, when he was named Juggler of Honor of the Academy of Jugglers of San Juan de la Cruz de Fontiveros, in Ávila, for his vital career and his poetic work.