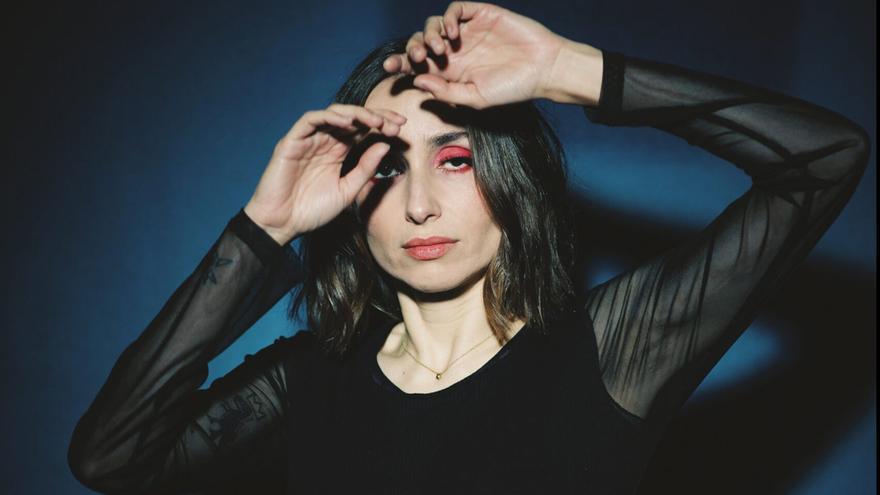 With 'Puta', his last album study, Zahara has managed to stir consciences as few albums do today thanks to a courageous confessional account of aggressions and humiliations suffered as a woman and as an artist who has reconciled her with music and, above all, with herself.

"This album was healing, but not so much when composing it. When I released the first song, 'Merichane', other women began to write to me to tell me that they had also been abused. I cried, I felt understood and released from guilt. And it happened because, when I read them, just as I couldn't blame them for what happened, I understood that I was doing this exercise of compassion with myself, "she tells Efe.

Zahara (Úbeda, 1983) received very harsh but empathetic messages. "I was 12 when I tried to commit suicide and listening to you I feel comforted"She proudly recalls some of the achievements of her sixth studio album, on the street since Friday under the same title that she was also endorsed at age 12:" Whore. "

"What is here is the strongest and the most personal that I have ever told", things that he had not confessed to anyone, with the exception of his faithful companion of musical adventures, as well as the producer of the album, Martí Perarnau, who was the one who encouraged her to take the step.

Close the trilogy started (then without this intention) with 'Santa' (2015), which appealed to the religious imaginary, and continued with 'Astronaut' (2018), which abounded in the idea of ​​travel and space. It was then that he thought that he would close the series with a third as a "descent from the heavenly plane to the earthly plane, to speak of life without metaphors, of the flesh."

"The initial purpose was to talk about anonymous or famous women who had suffered harassment and abuse, but it came naturally to do it about myself during the confinement, when the absolute sadness for the confinement joined me with the year and a peak of therapy with my psychologist, "he says.

The first song and the one that cost the most to scrape was 'Floating'. "It was made of cork and shit that had been stored for decades began to sprout. Then I couldn't stop it. I convulsively needed to keep making songs, with a mixture of emptiness and at the same time cleaning as it all came out," he says.

He did not erase a single verse in the process, "aware that he was making a record that many people would listen to", but free in that emotional discharge that at various times appeals directly to the perpetrators of the aggressions.

"I don't have the feeling of revenge. I've tried to tell my story. I couldn't help but address those who hurt me, because my story required talking to them, but I don't need to do it in real life. All that work of placing what hurts me in a place where I can live I already did it with my psychologist, "he says.

"It is not an attack on men"

In 'Puta' he talks about how there are silences that "undermine" more than a physical blow ("We must not underestimate the damage that is not seen", he points out) and a toxic masculinity that transcends from the personal to the work, as happened in Universal Music, from which he came out after a single album ('The fabulous story of the girl who missed the plane ', 2009).

"This is not an attack on men, this is my story, that of a girl who is now 37 years old. In fact, those who have to listen to it are men. In women, he will do an exercise in empathy, but the interesting thing is that the change takes place on their part, "he says.

Musically speaking, with his taste for electronica at times suffocating, at times liberating, this work is the son of both the previous musical project that he put together with Perarnau, Juno, and the time in which he was born, as they began to shape it during the confinement with the instruments they had at home: a Moog synthesizer, a Roland Juno and a laptop.

"We knew it had to be abrasive, sometimes because the song would lead to that, like in 'Joker' or the end of 'Sansa', others because the musical explosion made you feel a discharge ", he tells about a process in which" the sounds had marked the songs so much "that they decided" not to leave there "when they arrived at the studio.

Always looking for something different, Zahara has even "ultrasusurrado", who has screamed, who has dared with a phrasing halfway between rap and recitation ("spoken word"), influenced by Kate Tempest's latest albums.

"I was amazed at how he narrated, giving so much importance to the text, and in some of these songs I realized that I could not sing them with melody, that I could only count them", he explains after finding his" swag ".

The end of the trip is perhaps the most surprising in the midst of that sometimes rabid electronic music: a song called "Dolores", convinced that the history of this genre "very mistreated and associated with something harsh" is also the history of "all the women who, when they are free, are judged, who have been groped, labeled hysterical and victims of their time. "

"It is what I am most proud of about this album. Every time I sing it I connect with the good things of my childhood: my mother, my aunt, my grandmother, my other grandmother who played the piano ... And so, how with 'Merichane' I speak at the beginning of all the shit of my childhood, with this I finish with the most precious thing ", he emphasizes.

Zahara will present the repertoire of his new album live on May 12 at La Riviera in Madrid, which can only be accessed through an invitation that can be obtained by those who pass the tests that the artist and the Mahou music platform will propose over the next few days on their social networks.