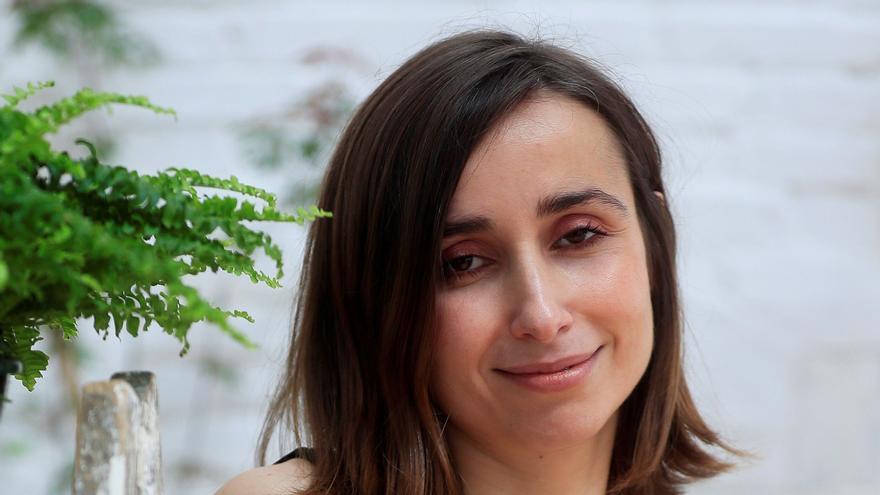 How do you face the moment of presenting Puta live?

Two things happen, there are songs where I get very high for example Joker, a moment when the entire show changes and becomes darker and electronic; and then there are other songs like Sansa, even Merichane, where I feel that I make a connection with myself so deep that I have to jump, but with a parachute. I know that I have to be careful with what I am living so that it does not destroy me, I have to face these songs from the honesty, but at the same time be at peace. Yes that has happened to me in rehearsals at the local, with my band and singing Merichane and seeing those phrases as if I had just written them and I realized that if that happens to me I have to stop singing and I have to start crying. Yes, I saw that I have to have my safety net and jump in because at any moment everything destabilizes and it is nice at some point, but I can’t do the whole gig crying because it’s two hours.

Have you felt too exposed?

While making the songs I never censored myself or thought of protecting myself in any way. In the moments before launching the album I did have that vertigo, but not so much because of what I was telling. Telling this has freed me, they are super intimate and complicated things, but it is true that I have carried an invisible burden for so many years and what I felt is that it was a sham and that every time I communicated with others I was hiding this mountain of shit. Something that I had and that nobody saw, but that hiding it supposed a great emotional effort for me and having made it public has freed me. Especially having done it in the form of songs that then each one connects with what they have lived. That is precious and in that sense, more than vulnerable, I have felt more powerful. Now I go to the sites and they already know that they abused me. Before, I thought that no one would notice me, that my insecurity should not be noticed, let the shame not be noticed, but here they are, these are. This is who I am and nothing happens and in that sense it is a brutal liberation.

When Merichane was published, did you think it would connect that way?

For me it was a very personal song, but I understand that there are things, like when I talk about coming home with keys in hand, with which all women will feel identified. Damn, this is shit that we’ve all lived through and I thought that would be the phrase that they would connect with and that’s why I freaked out with the comments to the rest of the song. I loved it and it destroyed me: How many stories are there? How many more are going to come out to tell what happened to them?

They have said that this album is their particular #metoo.

What happens afterwards is something that I neither control nor hope nor seek, because when I write this record I am so sad, I am so depressed, I am so into shit that I really just want to get this out. They asked me if this was Zahara’s new feminism and I said that I am a tormented person, with traumas, I do not want to champion any cause. Obviously I am a feminist woman, but in the end I am a person with millions of problems that has simply shared them so I cannot champion anything. That from my story other women have told theirs, have felt comforted or accompanied, It makes me very happy but when I write all this I think I’m a shitty person And the last thing I think is that a shitty person is going to inspire anyone. What I was thinking is to see if they report me, to see if they understand that I have called my album Bitch, that’s why every good thing that happens never ceases to amaze me as something precious and I take it as a gift.

Is there still something of the Zahara from before on this album?

I always have the impression that I am the same only that I am a person who evolves and adapts and who is always looking. And one of the beautiful things that I have discovered about my fans is that they really understand me, that they know who I am long before I do. They know that I am a person who is always looking. One of the comments that I have read the most is “Zahara is her again doing something else” and that is what I really feel. It’s me making songs, expressing and counting the things that I feel using the resources that I have around me to achieve it and that is what I see in them, under all this abrasion, all this saturation, these letters and more than ever you are.

After this album, are you scared to think now what?

Something beautiful has happened to me and now I think that after this album I can do whatever I want. I feel a kind of artistic impunity, It doesn’t matter if I make a record with guitar and voice or if all the songs speak of dawn because I’ve already told everything and now, whatever comes, I think you have to continue responding to what you feel at that moment. So, I don’t have the feeling that I have to overcome anything, I have the feeling of freedom. After this, of telling my whole life and all the things that gave me the most shame, I think that now I can break with other modesty that I have there and show them or vice versa, keep them all. I feel at a beastly opportunity for all that is to be done now. I have never felt like this.