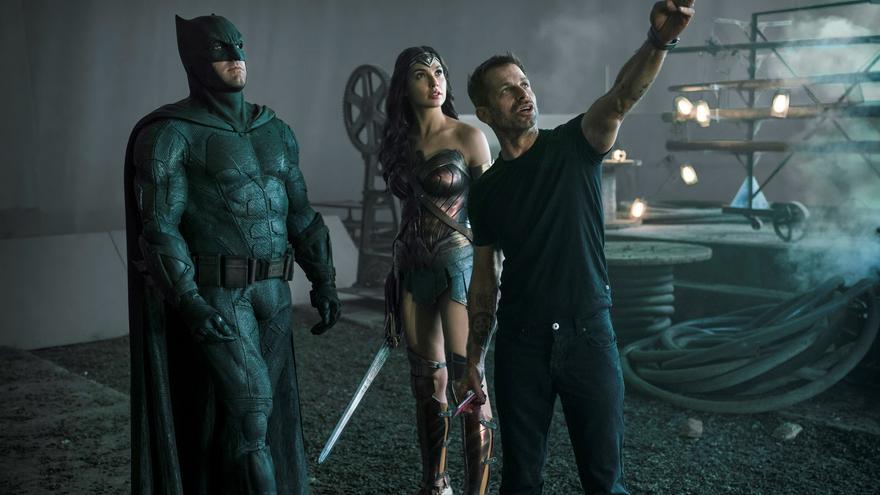 Los Angeles (USA), March 15 (EFE) .- Director Zack Snyder virtually premiered today his long-awaited and extensive new montage of “Justice League” (2017), but this digital “premiere” turned out to be the more rugged because of Microsoft, something that is in line with the tortuous and almost “cursed” journey of this superhero film.

The new version of “Justice League”, which will hit HBO Max on March 18, was scheduled to celebrate its virtual premiere today with a digital event for a handful of fans and media, including Efe.

The “premiere” was going to begin at 3:00 p.m. Los Angeles (22:00 GMT), but after fifteen minutes the first notice came that something was wrong.

“Microsoft is now experiencing a system blackout affecting our virtual ‘premiere’ platform,” the organization said in a statement.

“We will distribute the links as soon as the system recovers. Thank you for your patience,” he added.

The delay of the new “Justice League” went from being a setback of minutes to being hours.

Maybe with another movie it wouldn’t matter too much, but when faced with a 4-hour film, fans began to think that they would have to stay up late to see the film today.

“I have no words. Still waiting for information. I’m very sorry,” Snyder wrote on Twitter when the virtual premiere had already accumulated three hours late.

Finally, at 9:11 p.m. in Los Angeles, six hours later than planned, the problem was fixed.

“We know that many of you have been waiting for this moment since 2017. Today it did not happen as we imagined that our virtual ‘premiere’ would begin, and we want to express our most sincere apologies,” indicated those responsible.

Already as part of the premiere, Snyder dedicated a few words to his followers in a previously recorded message.

“I guess today is the day. Before you see it, I want to give a huge thank you to all the fans who made this possible,” he said.

THE “CURSE” OF “JUSTICE LEAGUE”

Snyder, who had directed the not very successful “Man of Steel” (2013) and “Batman v Superman: Dawn of Justice” (2016), also appeared as the director of “Justice League”, a film that would bring together all the superheroes of the DC Comics movies in an attempt to create an interlocking universe of films like their rival Marvel does.

However, Snyder, who was the mastermind behind the DC Comics film adaptations, withdrew in the last phase of “Justice League” production due to the suicide of his daughter Autumn.

Deborah Snyder, Snyder’s wife and a regular contributor as a producer on her husband’s projects, also left the tape.

Joss Whedon (“The Avengers”, 2012; “Buffy the Vampire Slayer”, 1997-2003) was then hired as a replacement to lead the post-production of “Justice League” and the filming of additional scenes.

“Justice League” was a box office flop (grossed $ 658 million from an estimated budget of $ 300 million) and did not receive critical endorsement (it has only 40% positive reviews on review aggregator Rotten Tomatoes) .

In this context, many DC Comics fans viewed Snyder’s original vision as much darker than the film that eventually made it to the big screen and argued that the actual nature of the project had been perverted.

That’s where the #ReleaseTheSnyderCut campaign began, which grew on social media until even stars like Gal Gadot and Ben Affleck came to support it.

Finally, Snyder announced in May of last year that his montage of “Justice League” will be released.

“It will be something completely new. And, especially for those who saw the original film, it will be a new experience away from that film,” he then told The Hollywood Reporter, where he recalled that he had not seen the montage that hit theaters.

The latest controversy regarding this project came in July when Ray Fisher, the actor who played Cyborg, accused Whedon of “abusive” and “completely unacceptable” behavior during filming.

On the other hand, last October it was announced that Jared Leto will appear in “Justice League” playing the Joker.

The incorporation of the Oscar winner to the best supporting actor for “Dallas Buyers Club” (2013) has its crumb, since the Joker did not appear in the version that reached theaters of “Justice League”.

However, Leto already played the Joker in the tape “Suicide Squad” (2016).