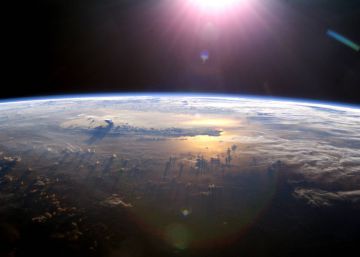 Internet and social networks are spaces where all kinds of websites are at ease. Some house knowledge, others are a container of ignorance; communities committed to the environment coexist with climate change deniers in the same way that reputed scientists share the web with rampant terraplanists. Any scientific corporation, like any small group of geeks, has a powerful speaker at a click. And there are millions of people who get hooked to the nuts. It has been verified by the organization Avaaz (“voice”, in several languages), which has asked YouTube to remove videos that propagate bulos from the platform, echo clamorous falsehoods or feed conspiracy theories.

Avaaz defines itself as a global mobilization community on-line that integrates the political action promoted by the citizenship within the processes of global decision making. With more than 50 million members worldwide, its way of acting includes the signing of petitions addressed to governments, the financing of campaigns in the media or the promotion of protests in the streets. The organization considers itself as a mother cell of political activism capable of reproducing and adopting the most useful way to cover a specific urgent need.

New technologies play in their favor. Accelerate the ability of a quick response. But this advantage also effectively exploits groups that deteriorate coexistence in the Network, sow lies or contaminate knowledge. It is proven that for an extravagant theory to fill the public, there is a need for a conspirator, a plan and means for its mass dissemination.

All these elements come together in the preachers of the anti-vaccines or in the terraplanistas, who have found on YouTube an excellent communication channel. Videos circulating on this platform link the voracious forest fires that plague Australia, California or Siberia with projectiles launched with laser weapons from an aircraft. And there is no lack of those who proclaim with blind faith that the Earth is flat, horizontally infinite and at least 9,000 kilometers deep. The Avaaz organization has asked the sister company of Google to remove these types of videos in the face of the rapid growth of Internet users who share content that they face with science. Those who believe in delusional theories often distrust institutions as well. Minister Pedro Duque was amazed by the fact that a youtuber Defender of the terraplanismo had 88,000 registered. Magellan warned 500 years ago: “The Church says that the Earth is flat, but I know it is round, because I saw its shadow on the Moon. And I have more faith in a shadow than in the Church. ”