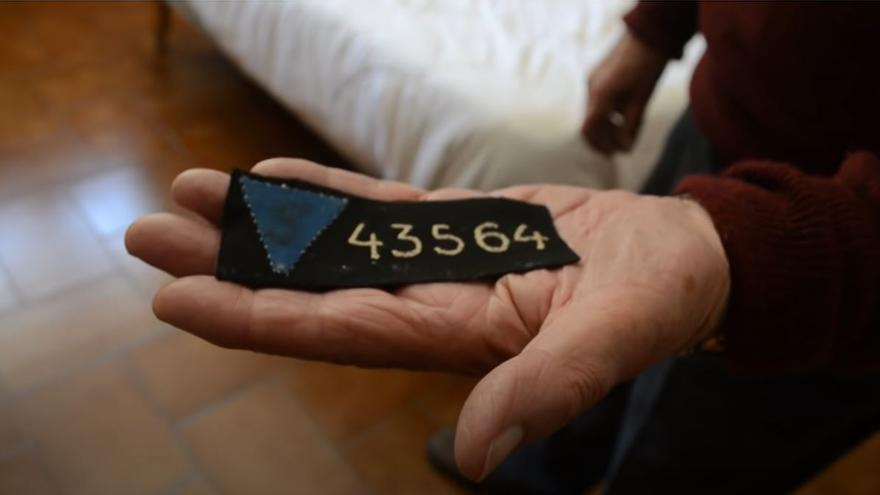 YouTube considers that the testimonies that narrate in first person the horror suffered in the Nazi concentration camps by the Spanish deportees are only for adults. The platform has imposed this restriction on several videos of the journalist Carlos Hernández, creator of the Deportados channel, in which he recovers the memory of the Spaniards who passed through the Nazi extermination centers. The clips, some uploaded since 2015, now include a warning that they are only available to people over 18 years of age, which implies that it is essential to have an account and log in to view them and they cannot be viewed from third-party pages that have them. inserted.

For a few days the journalist has begun to receive communications from YouTube in which he is notified, one by one, that he has decided to apply this limitation to his videos because they “do not comply with” the “community standards”, he says in the warning. , which Hernández has made public On twitter. The platform explains that it does so when it considers that a content is not “appropriate for young audiences.” The writer appealed the decision on one of the clips, but after reviewing it, YouTube has decided to maintain the restriction because “it is not appropriate for everyone, particularly for minors,” he reiterates.

The point is that the videos are intended to rescue the forgotten testimonies of the former Spanish prisoners of Hitler’s camps, and their experience is interspersed with images of what happened there, including photographs of the nudes and corpses of the deceased. “It is inexplicable. I don’t think there is anyone in Silicon Valley who has made this decision deliberately, but with this policy the consequence is that they are covering up history and doing a favor to fascism, Nazism and Francoism. That is the goal they are aiming for. complying, helping the deniers and hiding what has happened, and hiding it from the public that most requires it, the young people, “laments Hernández in conversation with elDiario.es. This medium has contacted YouTube to try to compile its version and find out the reason for the restrictions, but has not received any response at the moment.

If today we can know these stories, it is thanks to the fact that the writer conducted these interviews for his book The last Spaniards of Mauthausen and he compiled them together with audiovisual and documentary material on the Deportados website, where they are freely available to the public, something that no public body has done despite the fact that 9,300 Spaniards passed through these places of the Holocaust. The also author of Franco’s concentration camps he has followed the lives of many of these republican anti-fascists and has told in elDiario.es how over time they have died. Now none of those who could tell is alive, the last was Juan Romero, who died in October 2020.

Among the restricted videos is the one starring the Barcelona-born Cristóbal Soriano, who survived Mauthausen and the sinister Gusen sub-camp, known as “the Mauthausen slaughterhouse”, where he tried to save his brother who would end up murdered in the gas chamber. Also that of José Marfil, captured by the Nazis in the Battle of Dunkirk and transferred to Mauthausen with his father, who would become the first Spaniard to die in that camp. Until his death, at the age of 97, he kept dreaming about what he had experienced: “When I wake up I feel happy. I have spent all night in the fields and joy comes when I get up in the morning and see that I am not there”, narrates in the interview.

The story of Marcial Mayans and Luis Perea or the stories of Emiliano Yuste, Noé Ortega and Pedro Gallego, known as ‘the three from Camuñas’, because they are from the same Toledo town, are also limited today. Everyone tells in the videos the horror they saw and suffered, the torture, the mistreatment, the hunger, the slave labor, the medical experiments carried out by Hitler’s SS, the deaths of colleagues, family and friends … Their story begins in Spain, with Franco’s coup, and continues with the French exile and the Second World War, in which they fought against fascism. But after the liberation of the camps by the allies, the former Spanish prisoners could not return home. Even the Franco dictatorship would last 30 years. Most have died in exile, without honor and recognition. We had to wait until August 2020 to see a tribute from the Spanish Government one of the deportees, the last to die.

To Hernández in none of the communications has the company detailed the specific reason for the limitation. The journalist thinks that it may be due to the harshness of the historical images and photographs that accompany the interviews, in which naked or deceased men appear, which is exactly what happened in the fields. “We cannot whitewash or minimize what happened; on the contrary, it is necessary to know what it was,” believes the historical memory expert.

In fact, the writer is aware that “many teachers” use these videos as teaching material for students and he himself has traveled to dozens of Spanish institutes to give talks in which he has exposed them. “You may not put it on a five or six year old, but from ten, eleven, twelve, yes.” He gives the example of one of the popular classroom films about the Holocaust, Schindler’s list, “which has brutal scenes” and which is recommended in Spain from 13 years of age. “That is the reality. Are we going to soften the Nazism to the young people?” Asks Hernández.

The journalist is particularly outraged after having appealed the decision. At first he thought it was “something automatic”, but after his complaints on Twitter the YouTube team contacted him to tell him that “a specialist team” was reviewing the case “in detail” and shortly after confirming the age restriction. This is not the first time something like this has happened on your channel; Already in 2019 he denounced that the platform had restricted and even deleted some videos of the same theme and that only after publicly denouncing it did he restore some of them, although not all.

What surprises the journalist the most is comparing the limited videos with so many “directly violent” videos that roam freely on YouTube without restrictions or major problems. What is shown in his interviews with former prisoners “is much less harsh than 90% of those that can be seen” on the platform. “If we analyze the content, we will see thousands and thousands of videos in which there is brutal violence, fights between animals, between adolescents, humiliation and humiliating treatment of women, feminists … They have applied to this content an inexplicable and hyper-restrictive criterion that does not they apply to others that promote fascism, racism, machismo or homophobia. It is worrying “, Hernández ditch.