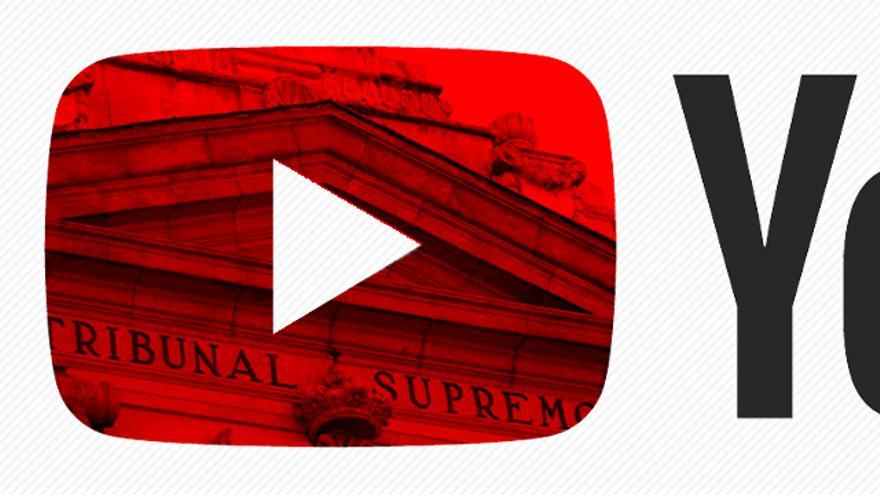 The Supreme Court faces one of the dark faces of Youtube this week. The criminal judges will study in full in the coming weeks the conviction of the youtuber known as 'ReSet', who in 2016 videotaped the humiliation to which he subjected a homeless person from Barcelona by giving him cookies filled with toothpaste in full street. The youtuber He has asked for his acquittal but the Prosecutor's Office has also appealed and insisted on a key aspect of the case: that he not have to go to prison but that he be prohibited from uploading a video to YouTube for the next five years.

The video that the criminal chamber of the Supreme Court will study came to YouTube in 2017. The defendant, nicknamed on this social network as 'ReSet', then accumulated more than a million followers on his channel and his videos totaled more than 124 million of visits. That day he decided to accept a 'challenge' that one of his followers had proposed: take an Oreo cookie, change the cream for toothpaste and give it to "someone on the street".

The 'youtuber' accepted the challenge and chose the victim of the prank: a man of Romanian nationality with alcohol problems who lived and begged on the streets of Barcelona. He gave her a 20 euro bill, gave her the biscuits with toothpaste and commented afterwards: "The truth is that it feels good when you help a person," she said. He also joked about the poverty of his victim: "This will help him clean his teeth, which I think he will not clean his teeth in a couple of days or since he became poor," he settled.

The victim ate the cookies with toothpaste, vomited and had an upset stomach and was afraid, he told the judge, of the possible consequences of all this. The controversy did not take long to jump on the internet and 'ReSet' tried to contain the outrage caused by the humiliation of the homeless: he deleted the video, wrote several messages justifying his "joke" and proposed to his victim to spend a night with him in the street and record a video. He also offered him 300 euros in exchange for not denouncing him.

Five years later, ReSet has stopped regularly posting videos on his YouTube channel and as he himself explained now Works in a bar, although it has announced that it will once again generate content on this social network starting next February. A return that is in the hands of the Supreme Court: this Thursday the magistrates were going to study the youtuber's appeal asking for acquittal but also that of the Prosecutor's Office, which has requested that he be prohibited from uploading videos to YouTube again in the next 5 years. The issue, according to sources in the room, has been relegated to the next plenary session starting next week due to overload of issues.

The young man was brought to justice and, initially, the criminal court 9 of Barcelona sentenced him to 15 months in prison and to compensate the victim with 20,000 euros, but also prohibited him from returning to YouTube for five years. The magistrate applied the articles of the Penal Code that, for example, are used by judges to prevent a murderer from residing in the same city as the relatives of his victims.

This novel ban on uploading videos to YouTube did not pass the filter of the Provincial Court of Barcelona. In October 2019, the judges confirmed his sentence but withdrew that prohibition on the understanding that he had committed a crime on the streets of Barcelona, ​​​​not on the social network itself. That will be one of the key aspects in the deliberations of the Supreme Court: if they confirm their sentence and if, in addition, they replace the prohibition of being part of YouTube in the next five years.

As elDiario.es has learned, the young man has appealed his conviction after changing his lawyer up to three times, but the Prosecutor's Office has also filed its own appeal. Sources from the Public Ministry explain that they have not requested that the YouTuber's sentence be increased, but that the Supreme Court reconsider the application of articles 48.1 and 57.1 of the Penal Code. In other words, in addition to confirming his conviction, they prohibit him from being on YouTube for 5 years, as the criminal court said at first.

So far, neither the criminal court nor the Barcelona Court have had any doubts about the youtuber's goal with this video: to humiliate a poor person to take advantage of morbidity and gain followers and, finally, money. According to the various rulings in the case, this and other videos brought him benefits of more than 2,100 euros in the first three months of 2017. He himself acknowledged in the trial that "I do things to give a show, people like morbidity", as he said in the last word shift. "If I mess with more muscular people I risk being hit," he added during the trial.

His sentence of 15 months in prison for a crime against moral integrity has not been discussed by any of the judges who have studied the case and does not imply his mandatory entry into prison as he has no criminal record. "suppose degrading treatment wherever there are," said the criminal court forcefully in the first sentence of the case. These types of crimes, he added, "multiply" the stigmatization of people who, like this man, live on the street without income.

That first sentence refused to apply an aggravating circumstance of abuse of superiority but it did prohibit him from returning to YouTube for 5 years as the accusations had requested. "The accused is going to be banned from going to the scene of the crime, that is, the YouTube social network for 5 years," said the judge. The Penal Code allows this removal of a criminal from the place of the crime or where his victims reside, among other assumptions, in these crimes against moral integrity.

The Provincial Court of Barcelona did not question his conviction: "It involves degrading treatment that humiliated the victim and caused him undoubted mental and physical suffering," the court said. But he did withdraw the ban on continuing to upload videos to YouTube because he understood that the place of the crime was not the internet but the streets of Barcelona where he gave the cookies to the homeless: "The crime was committed on public roads when he delivered the cookies, the insertion and dissemination of that video is part of the exhaustion of the crime. The YouTube social network is not the place where the crime was committed, "said the Barcelona Provincial Court.

The Penal Code also explicitly speaks of prohibiting a criminal from residing in the same locality where he committed the crime or where his victims live, but according to the Barcelona Court, it does not refer to the internet or a specific social network. Interpreting it this way, said the appealed sentence, would be to do it "against the accused" and therefore much beyond what the Law allows.

This will be one of the debates in the Supreme Court's criminal chamber for the plenary session in the coming weeks, with Juan Ramón Berdugo as speaker. The defendant has requested his acquittal but the Prosecutor's Office has also appealed precisely so that the Supreme Court reconsiders the improper application of articles of the Penal Code, 57.1 and 48.1, which in the first instance led to prohibiting 'ReSet' from returning to YouTube in the next 5 years.

Pérez changes his team in the middle of the stabilization process

«The PP comes out to win. We are not going to be anyone's crutch or hinge »