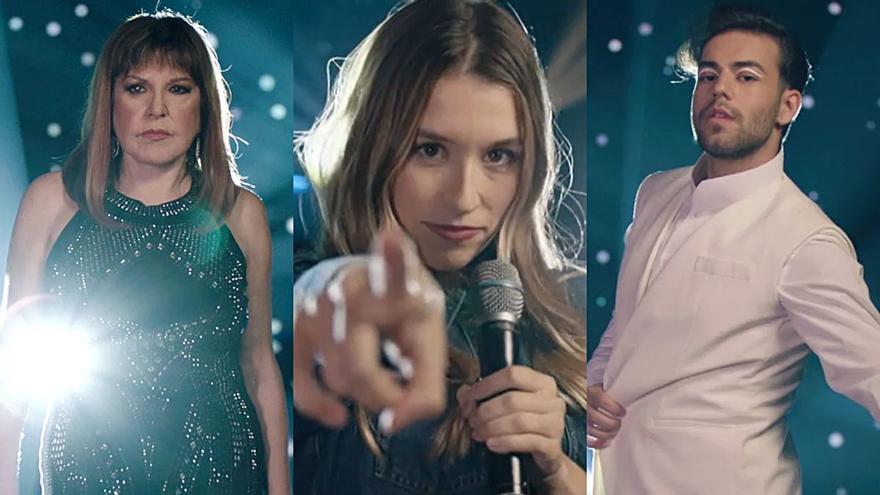 Antenna 3 broadcasts tonight (10:10 p.m.) the fifth gala of 'Your face sounds like 9 to me'. On this occasion, Loles León will be able to invite a friend to complete the imitation of the Baccara duo. Rasel will become Imagine Dragons and Nia will become Antonio Machín. The Morancos, who got the "I steal it" box, will imitate Manzanita after 'stealing' it from David Fernández. On the other hand, Eva Soriano, whom he played "Original y copia", will have to imitate Aitana and ZZoilo, so one of the two artists will be on the stage of 'Tu cara me suena' while David Fernández will become in 'King Julien', the animated character from the movie 'Madagascar'. In addition, in a new installment of the Gestmusic format ('OT', 'Boom'), Agoney will imitate Rauw Alejandro and María Peláe will become Madonna.

For its part, the third semifinal of 'Got Talent Spain 7' comes tonight to Telecinco (22:00 hours). Tonight the 87-year-old dancer Paddy Jones, who has announced his final retirement after competing in the program, will try to qualify in the final; the humorist Álvaro Gili, who 'will play it' by joking about the age difference in the couple in front of Risto; the magician Héctor Sansegundo, who will do magic with the shadow of Dani Martínez; the contortionist Katrina Asfardi, who will pay tribute to La Palma in her performance; the magician Maxence Vire, who will make Risto believe that he has destroyed his ID; the dogs of Dog Dancing; the young blind singer Laura DG; the acrobat Lola Méndez; the Triana group; singer-songwriter Virgina Mos; the Ballart Vikingos dance group; the singer Álvaro Halley; the acrobatic dancers of Cia Les Farfadais; and the singer Isaac Costablanca.

The deniers, on stage in LaSexta

'Research team' return tonight (10:30 p.m.) to the sixth. The program presented by Gloria Serra analyzes those who deny the existence of the pandemic that we are currently experiencing. With almost 2 million deaths from Covid in the world, there are those who still question the effectiveness of masks, PCRs or even the very existence of the virus. A few days after the state of alarm was decreed, a Galician family doctor Natalia Prego championed the movement that calls itself Doctors for Truth. He assures that there are 149. They represent 0.05% of the 267,995 collegiate physicians in Spain.

Four bet tonight (10:15 p.m.) for a new pass from 'War for the Planet of the Apes'. Caesar and his monkeys are forced to face a deadly conflict against an army of humans led by a brutal colonel. After suffering enormous losses, Caesar struggles with his darkest instincts on a quest to avenge his kind. When they finally meet, Cesar and the Colonel will engage in a battle that will put the future of both species and the same planet at stake. Third film in the new saga of 'Planet of the Apes'.

What's more, The 1 of TVE bets for a new pass of 'Escape from Pretoria' (10:10 p.m.). Two white South Africans, jailed for working for the African National Congress party, try to escape from the 'Robben Island' prison in Pretoria.