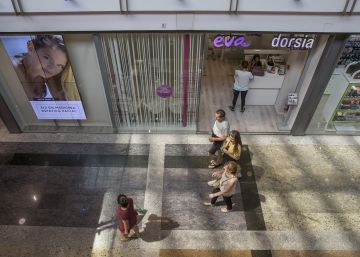 "Your newborn baby or your money back". "Do not lose hope". "Maximum possibility of pregnancy", are some commercial claims that certain fertility clinics use. Leila Mohammadi, researcher of Studies in Information Sciences at the UOC, has analyzed her advertising in her doctoral thesis. "I'm worried about the commodification of motherhood, because of the excessive commercial tone of the information that the clinics provide. Most communications are not based on rigorous scientific sources, but focus on getting more customers. " It gives as examples the statistics of success that usually stand out in the webs and that reach percentages of 80% or 90% but without specifying to what they respond. The ethical code of the SEF says, in this regard, that "real success rates must be presented in each treatment, based on factors such as age and previous diagnosis, without masking the results and without promoting false expectations".

Agustín Ballesteros, from IVI, explains: "Today the tendency is to give percentages for a healthy living newborn, which is the goal we have to aim for. Pregnancy does not matter if it does not come to term. " Ignacio Palomo, from Arpa Médica, one of the most exclusive clinics in Madrid, who does not advertise, judges that his competition is doing a very aggressive recruitment. "It's at the bus stops, in the subway. If in statistics you exclude people with reduced ovarian reserve, who has had failures in previous cycles or if the man has a seminal pathology … If you exclude all that you stay only with those who become pregnant. Everyone makes the numbers as they want. " An advertisement that, for the CEO of the Institut Marquès, "becomes deceptive when they assure you, for example, that you will have I do not know how many embryos. On our website, for example, you will not see a picture of a single baby because we only offer a job well done. The rest are plagued. "

Something that José Luis Encinas disagrees with, from Clínica EVA, which has 10% of its offices in shopping centers. "We can not promise anything, or give any guarantee, but we can offer you the illusion that it will be possible for you to have a child. This is the goal and if it is achieved, for example, with one of these stores on the street (in reference to the shopping centers), it seems good to me ". In most of the clinics there are promotions, for example, to finance the programs for up to 48 months, or paying the first six blow attempts: "If you get pregnant before, we'll refund the difference."

Opinion of the users

The UOC researcher categorized three types of promotions. "The companies that have many pictures of babies, those that seem very scientific and a third that are a mixture of both. I analyzed the perception that 500 women had about them, and many trusted more in the appearance of the pages that in the deep reading of articles on the subject ". In addition, it points out that to form an opinion of the service, the clients are based on the result of the first visit, which is usually free. "The prices that they usually offer are always the minimums. They do not usually give all the information, they clarify badly the success rate when they should focus on offering clear, accurate, reliable and authentic data. Women read and listen that they can have everything, and that is not true. " It also admits that many prefer a center with high prices because they presuppose that their quality will be higher, "and sometimes they offer the same service as more affordable ones".

The publicity of assisted reproduction clinics is highly regulated, says Luis Martínez, president of the Spanish Fertility Society (SEF). So much that any campaign has to go through the sanitary inspection before launching to be authorized. "Also in the SEF we have our own manual of good practices. We had to send several letters alerting clinics that their advertising was unethical, and withdrew the messages, "he adds. He does not want to give names or clues as to what kind of ads they were, but he says: "I would never say that I'm going to insure a pregnancy because it's unreal and unethical." Nor can you draw a free IVF treatment, but it has been done, he adds.

The gynecologist remembers that the patient type of these clinics is a woman between 38 and 40 years old, and "that makes the results not as expected. Everyone thinks you can get pregnant and at those ages it's not that frequent. " The expert warns of a "misconception" with which these patients often arrive: they delay motherhood because they think that by resorting to a reproduction clinic they will get pregnant. "People have to be prepared for normal, and normal at some ages is not pregnant," he warns.

United States and Bolivia sign an agreement to protect their liquors