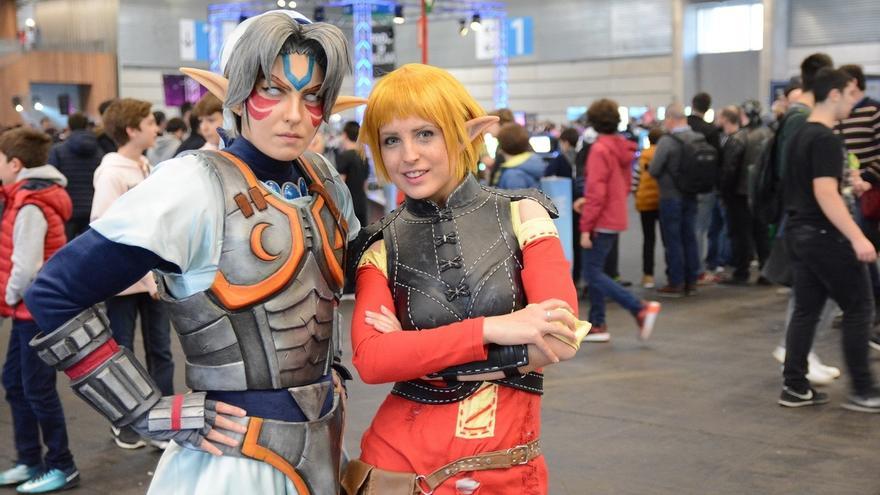 “I would spend 170 euros on musicals and theaters, 60 on sleeves and 170 on concerts,” says Eva Agenjo (17 years old), from Madrid, already dreaming of the cultural voucher of 400 euros that the Government has announced for the year in which each young Spaniard reaches the age of majority. And both the theaters and the music industry would appreciate your choice: the performing arts have been hit the hardest by the pandemic. The theatrical turnover, according to the State Federation of Theater and Dance Business Associations, fell between 50% and 70% in 2020; and live music, in the same period, lost 63% of its income, according to figures from the Association of Musical Promoters. In addition, both are part of the culture of national production, which the Government intends to help reactivate with this measure.

Manga are another matter. Although the comics sector, like the entire publishing industry, suffered the consequences of the economic and cultural stoppage caused by the pandemic, the Japanese titles raised an eyebrow a few months ago to the Macron Administration, which in May established in France a system similar to the one Spanish voucher: the cultural passport, which allows young people to have 300 euros to spend on culture. 75% of those funds were spent on bookstores … and of that 75%, two-thirds were invested in manga comics, something that surely was not in the mind of the French Ministry of Culture when it launched the measure. The figure, however, has a relative value: it occurred at a time when face-to-face culture was still very limited due to capacity issues and vaccination certificates.

In addition, Eva is not the only one to want to invest in cartoons: “I would spend almost everything on comics, about 300 euros, a little of everything but a lot of manga,” confesses Pablo García (18 years old), from Cádiz. “In addition, I would allocate 70 euros to vinyl and 30 to video games. I think it is a good measure because many young people who do not have money for culture pirate it,” he confesses. Indeed, as well as the platforms of streaming drastically reduced piracy (from 18.3% to 5.1% in four years, according to the Ministry of Culture), making other cultural assets accessible could encourage their legal purchase and use. It is curious, therefore, that, at least in principle, platforms (music or audiovisual) are not included in the cultural bonus. Both are the leisure options preferred by young people, according to the Youth Institute in Spain Report for 2020: 98% listen to music and 93% watch series or movies on platforms.

Jaime Díaz (18 years old), from Madrid, has a more technological approach: “I would spend around 100 euros on video games, I’m a big fan of the Pokémon saga, and another 100 on going to the movies. The rest I would spend on cultural visits , to museums or to see monuments in other places. ” Video games are another sensitive point of the measure, both because of their cultural consideration (and the comparative offense, therefore, with other activities or products that have not been considered culture) and because of the fact that this sector, far from collapsing, it has expanded during the pandemic years. While the cultural sector lost 42,100 workers and 29% of its income in 2020, according to the Observatory of Culture, the video game sector billed 18% more than the previous year, and reached 16 million users in our country, according to the Spanish Association of Videogames (AEVI). How much will an age group spend on video games with 60% of gamers? And how much of that investment will go to national industries, in a sector dominated by foreign titles? There is a similar concern regarding the possibility of young people using their voucher to buy from large retailers like Amazon, rather than using it at record stores or bookstores.

Miguel GZ, (17 years old), from Antequera, opts for a solomonic solution: “Video games, cinema, concerts and comics, 100 euros for each thing. And I hope that with this measure people will have less fear and more desire to go to events cultural “. Ángela Gómez (18 years old), from Madrid, accompanies her choice with a reflection: “I would use 150 euros in books and newspapers; 150 in cinemas, museums, theaters and I would reserve 100 for textbooks; the measure is necessary, since the Young people, we are shy about discovering new things due to lack of money and we would appreciate the help “. In fact, around this gratitude is one of the main controversies of the cultural bonus: its supposed electoralist intention. In 2004, 454,591 people were born in Spain, who next year will go from children to voters. And we cannot forget that, in the last general elections, on November 10, 2019, young people began to turn their backs on the big parties, something that undoubtedly worries the PSOE: 19% of those under 28 years of age, according to the company GAD3, thought to vote for Vox and 18%, for United We Can. The cultural bonus, along with other measures such as youth rental assistance also included in these Budgets, could be a maneuver to recover that young vote on the run.