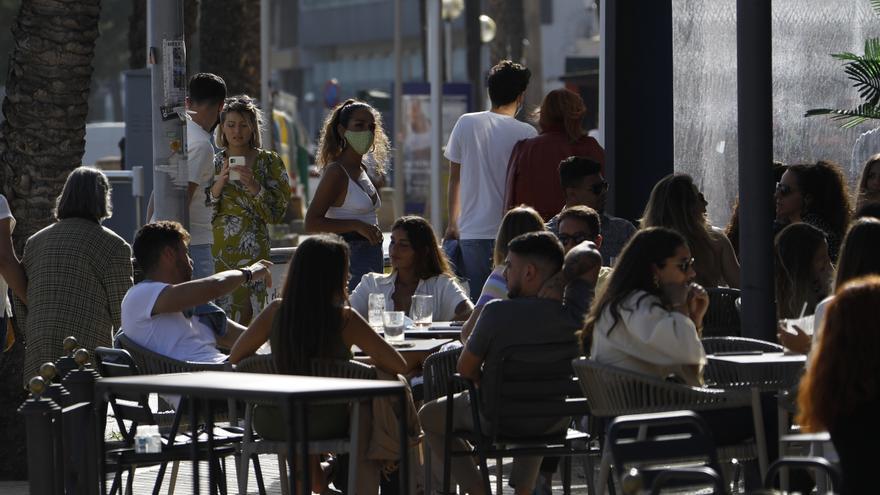 The coronavirus outbreaks that have affected students on several end-of-year trips to Mallorca have continued to add positives throughout the weekend and already register nearly 900 cases in various communities. So far, the Community of Madrid, with 410 infected (practically half of the total), is the region most affected by end-of-year trips to Mallorca and they also rise in other regions such as the Valencian Community (104 positive) and Catalonia (64).

The Balearic Health Minister, Patricia Gómez, assured this Monday that the isolation in a bridge hotel – destined by the health authorities to welcome those who may have had close contact with any of the positive cases and whose parents have authorized the transfer – of The young peninsular who were on a study trip in Mallorca is “a matter of public health” and has detailed that the figure already rises to 196, compared to the 175 that were until Sunday.

“We have set up an important device to provide support and information,” Gomez said in an interview with Onda Cero, which the station reported in a statement. “The outbreak is affecting only young people, there is no one serious, but it must be surrounded and contained so that it does not continue to spread,” he added about the isolation.

The counselor has defended that the Balearic Islands works to be a safe destination and “these isolated and illegal practices cannot be tolerated.” “We deserve that recognition that the British Government has made as a safe destination,” he stressed about the inclusion of the islands in the so-called “green traffic light”, which reduces the requirements for British travel to the archipelago.

According to Gómez, after learning about the macro outbreak, the Government has worked to detect how many students have participated in activities “with those who have already left and are infected,” in coordination with the Ministry of Health and the communities.

There are 268 young people who “have been in contact with groups of infected”, to whom the Balearic Health Council wants to do PCR. Until this Monday, 196 young people have been transferred to the bridge hotel with health care, and there are “72 pending transfers.”

“There is still a group, a fairly large one of 45 people, which we will do PCR because they guarantee that they have not had contact with other groups. We will do the test at the hotel where they are staying, waiting for the result,” he added.

“We want to make them aware that it is a question of responsibility,” he added.

On the events and parties in which the outbreak could originate, he has assured: “We cannot tolerate it. We do not want this type of activity. We continue with a slow de-escalation, we continue with closed nightlife.” “We want maximum security for our islands. All the measures that we can put in place to give it extra security are welcome,” he added.