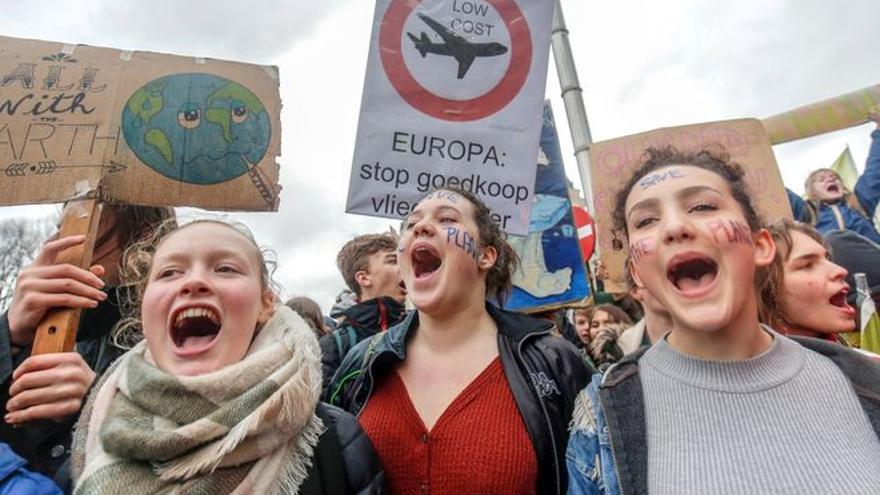 The macro study, one of the biggest investigations demonstrations carried out to date on this group, has been presented this Wednesday to the Chairwoman congressional, Meritxell Batet, and tomorrow there will be a debate on the same one between the youngest deputies of the camera, of the different parties. The intention of its promoters -the company PlayGround, with the collaboration of the Ashoka foundation, the ESIC University and the citizen participation platform Bear– It is to sensitize the parties so that the 40 proposals in which the answers have been specified, start a journey through the different parliamentary committees and have an impact on policies.

And it is that, from the beginning, it was communicated to the people who decided to spend about 40 minutes answering online to the 89 questions that the result of the study would be communicated to the Parliament, which, in the opinion of Cristian Palazzi, director of the macro-survey, has acted as a “magnet” and has increased the number of responses “because young people have want to talk and they lack connection with the institutions ”.

These are the main demands of the Spanish youth.

Difficult access to labor market, housing and job quality are the primary concerns of young people, which shows that “although it is a generation with enormous values, capable of quitting a job if those expectations are not met, what worries them in something as essential as earn the roof”, As interpreted by the sociologist Liliana Arroyo, coordinator of the study ‘The future is now’.

According to the macro-survey, nine out of 10 young people think that there is very little job offer for people between 18 and 25 years old and 1 in 3 points out housing as one of their main worries. In this situation, they claim something diametrically opposed to the proposal of the last governments: lower the retirement age to promote generational replacement, instead of lengthening it to respond to aging and the need for the sustainability of the pension system.

Likewise, they propose to subsidize the hiring of young people without experience, that the internships are paid and end the precariousness, as well as what the days are four days. Regarding housing, they want to regularize the price of rentals, promote the sustainable transformation of homes and allocate resources to facilitate access.

The end of hate speech

The fourth concern of young people has to do with problems of a social nature, injustices and inequalities. 71% believe that hate speech should be banned, not only on social media, but also in Congress, with the eradication of parties politicians who preach them.

In this sense, 87% of those surveyed feel little or nothing represented by the current formations and 93% believe that their opinion does not matter when it comes to making policies, that is why they ask to generate stable spaces for intergenerational dialogue and enhance the communication between institutions and social movements. And 53% consider themselves an agent of change, that is, they would be involved to contribute to the social transformation that, in his opinion, Spain needs.

Half of those surveyed admit that the country has already made important reforms to reduce inequalities, but they agree that it is not enough and they think that further progress must be made to develop new social rights. In his opinion, it is urgent to end the wage gap among any gender expression, strengthen mechanisms to guarantee equal opportunities and promote entrepreneurship programs aimed at affective, racial, identity and functional diversity.

In fifth place in the ranking of concerns of generations Z and Millennials is the environment. 85% of young people between 16 and 34 years of age think that little or no action is planned against climate emergency and 75% that the level of ecological awareness in Spain is insufficient. Given this, they ask to penalize the most polluting companies, include the environmental impact in the labeling of products, promote circular economy and the most efficient forms of construction, promoting the use of renewable energy.

Likewise, they claim to encourage habits that respect the environment (such as reduction of meat consumption, recycling and better management of plastics and waste) and public policies that enhance the ecological mobility.

The health, in the midst of a pandemic, ranks sixth among their concerns and it is surprising that almost nine out of 10 are willing to limit your movements to reduce the circulation of the virus and that 43% believe that the Government should force the population to be vaccinated.

In addition, there is consensus when it comes to asking that public health respond better to the problems of mental health and this is presented as one of the necessary conditions for the well-being of young people; which in turn are demanding more funds for research and programs aimed at promoting social and environmental well-being.

Finally, it highlights the little interest that Spanish youth show to two issues that, nevertheless, occupy a large part of the political agenda, nationalisms and immigration, ranked bottom 20 in their top 20 concerns.