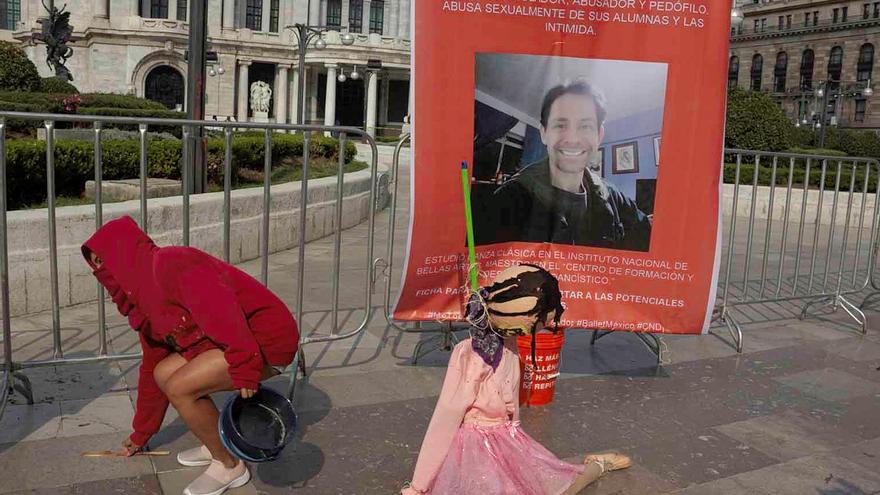 Mexico, Dec 22 (EFE) .- A group of six young people on Monday denounced having been victims of sexual harassment and abuse by a renowned dance teacher and former dancer of the National Dance Company (CND) of Mexico, who denies these accusations.

The women, aged 20 and 21, claim to have suffered abuse by Alfredo Tomás Aldama Sánchez as his students and minors (they were 15 and 16 years old).

According to the information offered to Efe by Vianney Martín del Campo, the lawyer who is handling the case, there are currently two open folders: the first (in which two of the young women appear) for alleged abuse and sexual harassment, and the second for alleged corruption juvenile.

Both are under investigation although, assured Martín del Campo, progress is being very slow and the complainants have encountered many obstacles on the part of the Prosecutor’s Office.

“They have carried out some procedures but it is being a slow process. They have been mistreated and revictimized on why they did not report and that now they will not proceed because of them,” said the lawyer.

In addition, he explained that one of them was also denied a legal adviser and another was sent to psychiatry to evaluate her and she did not want to return.

Before the publication of his name and the testimonies of the young women, the dancer explained, as explained by the lawyer, that the accusations are not true and that he will proceed legally, something of which they have no news for now.

Efe tried to talk to the dancer to find out his version but it was not possible to contact him.

Two days ago, the young women, hooded, told their case and demonstrated in front of the Palacio de Bellas Artes next to a banner with the face of the alleged aggressor.

Since then, the lawyer explained, new alleged victims of Aldama Sánchez and also other dance groups that accused another alleged aggressor have already been reported.

“The movement is getting big and we want that to grow so that there is no more silence. I think the vulnerability is that they were girls and because of the pain (shame) they did not tell the parents,” said the lawyer.

He added that the objective is to give visibility to this case, which is focused on dancers, a very harassed sector, he said. “We will present complaints and we will do what has to be done,” he said.

With this case, another new tag was generated on social networks within the #MeToo movement, #MeTooBallet, in a country where more than ten women are murdered a day and impunity reaches more than 95%, generating a circle of violence of which the country does not manage to stand out, according to various organizations.