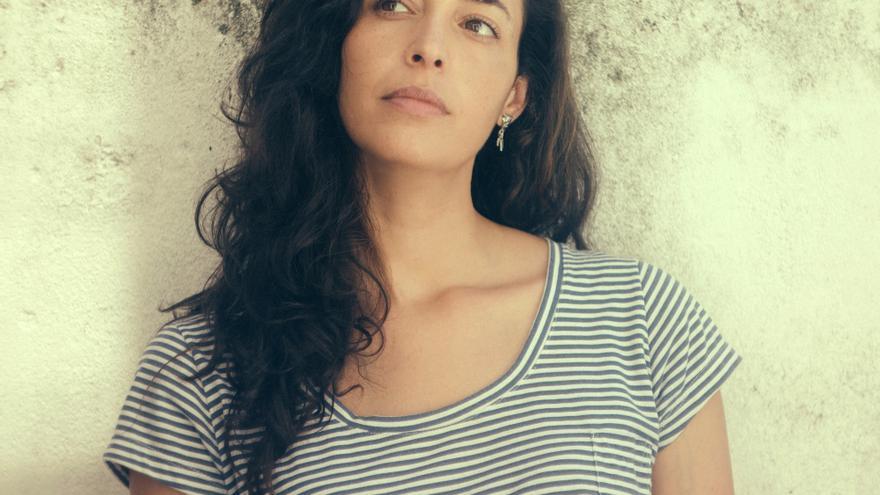 In recent years, the names of Latin American writers are gaining presence on the international literary scene: Fernanda Trías, Mónica Ojeda, Samanta Schweblin, Fernanda Melchor, Camila Sosa Villada, Mariana Enríquez, Valeria Luiselli, Jazmina Barrera, Paulina Flores, Giovanna Rivero, Gabriela wiener... Some have garnered important awards, all are praised by critics and their works are disseminated on both sides of the ocean by both independent publishers and major labels.

Their surnames often appear next to the label of "new boom" or "female boom" in allusion to the literary and editorial phenomenon of the 60s formed by Latin American authors such as Gabriel García Márquez, Mario Vargas Llosa, Julio Cortázar or Carlos Fuentes, among other big male names. But boom cannot be understood without Elena Garro, Rosario Castellanos, Nélida Piñón, Clarice lispector and other female members who It took decades to be vindicated, according to the journalist and poet Luna Miguel in the trial The colloquy of the bitches (Capitán Swing, 2019), an attempt to rescue some of the authors who have traditionally remained in the background, such as the Mexican Elena Garro, whose talent was overshadowed for a long time after her relationship with Octavio Paz.

Now, the term "new boom" or "female boom" can be found recurrently in the media and discussion tables at fairs and literary events; it is also used as a commercial strategy. However, some of these writers born in the 70s and 80s in different Latin American territories, such as Mónica Ojeda, Fernanda Trías, Jazmina Barrera or Giovanna Rivero, frontally reject the label. Ojeda, Trías and Rivero did it publicly at the round table We are not a boom: writers on the Latin American horizon, held during the last edition of the Guayaquil International Book Fair (Mexico), and they did not hesitate to reaffirm their positions when interviewed by elDiario.es.

Mónica Ojeda (Guayaquil, 1988) says she has "a problem with the name, not with the talk about this new generation of writers." "Calling our generation 'new boom' means that we are a new generation of the same, that is, a new version of what happened in the 60s," he explains by email. "I don't think it is correct for several reasons: first, the context is not the same, second, our writing is not the same, third, neither are the political-scriptural views."

For the Ecuadorian writer, exponent of the so-called Andean Gothic, author of the novels Mandible and Heinous, from the storybook The flying girls and the collection of poems History of milk, "the decision to return to the term is political boom to talk about Latin American literature as if the only thing that had happened to us is García Márquez et al"." I think that by calling us' new boom 'the nuts are forced towards a past that has already been overcome and it is done from a Eurocentric and exotic perspective, that is why only Latin American authors of a certain age range, mestizo and / or white published in Spain are chosen. It is, clearly, a look from the north to the south. I am more interested in the look of the south on itself ", asserts Ojeda.

"At first I did not give it much importance, but then the label was imposed to mark the work of some writers, including myself, and then I reflected on what that drive implied", affirms the Bolivian novelist and short story writer Giovanna Rivero (Montero, 1972). "The undeniable notion of immediacy that the term boom carries is harmful: it seems that the greater presence in the cultural and editorial circuits of the literary production of some writers had been due to a kind of 'spontaneous incineration', without years of work", Rivero says that this 2021 he has published the book of stories Fresh earth from his grave (Candaya). "Likewise, the connotation of the outbreak of the boom fragments brotherhoods, eliminates genealogies, underestimates the paths and conquests of writers of previous generations."

"The Latin American boom was a phenomenon that made many invisible, which is precisely why I resist the term. It is at least ironic that now it is used to refer to us, "says the Uruguayan Fernanda Trías (Montevideo, 1976), who has won the Sor Juana Inés de la Cruz prize for her dystopian novel Pink grime (Random House Literature). "In the end it is a question of how the phenomenon is going to be named. Hopefully it is something a little more imaginative than boom. But it is important to question the term because language does matter, words do have symbolic weight. It is not the same to use an old and masculine term that made us invisible for a long time, to use another ".

Although she does not recall having seen this term applied to herself, the Mexican author Jazmina Barrera (Mexico City, 1988) also emphasizes the unfortunateness of the word boom to encompass some of the best known Latin American writers "because explosions are associated with with something spontaneous and fleeting ". Barrera, who has just published his novel Cross-stitch in Spain (Tránsito) and Mexico, she hopes "that the recognition of Latin American women writers will not be a transitory trend, but rather that they will find a wide and permanent space in international publications." "I believe that in Latin American literature there is, since before Sor Juana, a very rich tradition of writers, many of whom are still not fairly reassessed," he concludes.

It is not that now there is more literary quality or a greater number of Latin American writers, the change is in reception, the interviewees agree. "It would be necessary to put a label to the phenomenon of the readers, not the one of the writers", thinks Trías. "Because what changed is that their eyes were opened to what has always been. By giving more opportunities they also began to find voices of women who were writing and who, decades ago, would have had much more difficulty finding a publisher or being read" . The impulse of the feminist movements in Latin America during the last decade stands out, which led publishers to pay more attention to literature written by women and that the awards took them into account: also in the Anglo-Saxon world, especially since the Argentine Samanta Schweblin was a finalist in the Booker Prize international in 2017 for his novel Rescue distance, that has just been taken to the cinema by Claudia Llosa. Barrera celebrates that feminism has opened new avenues of publication, and underlines "the task of rewriting and making visible the history of all those writers who were silenced and made invisible in previous generations."

Despite the recognition of recent years, Ojeda regrets the reductionism that still prevails around Latin American authors: "We are still trying to pigeonhole, limit and reduce to a category. For example, if they don't put us at tables to talk about terror (although many of us work with so many other things beyond gender), we are put at tables to talk about women's writing and this new boom. The list of topics we can talk about is limited ". "I think that the look on the matter continues to be, deep down, patriarchal, because it continues to look with surprise that there are women writing well and being read. It is time that we put the surprise aside and that we assume this normally" , he emphasizes.

In this sense and when reflecting on the difference in media and commercial treatment with respect to other generation companions, Trías considers "incomprehensible that women are grouped together just because they are women, not because of aesthetic affinities, because of a certain treatment of a subject, by universes or imaginary. Are men indiscriminately grouped only by their genitals? In a book written by a woman the most important word is 'woman', while in a book written by a man, the word more important is 'book' ".

For Rivero, "some easy labels try to flatten, precisely, the series of important transformations that cultural fields experience thanks to the determined and irreducible participation of writers, academics and other artists in different areas of contemporary thought". For this reason, she believes that "sisterhood is fundamental when it comes to listening and recognizing the work of women, but that sisterhood is demanding, questioning and often reminds us of the duty of self-criticism. In addition, that sisterhood has been added many men. To call all this boom is not to measure up, "he concludes.