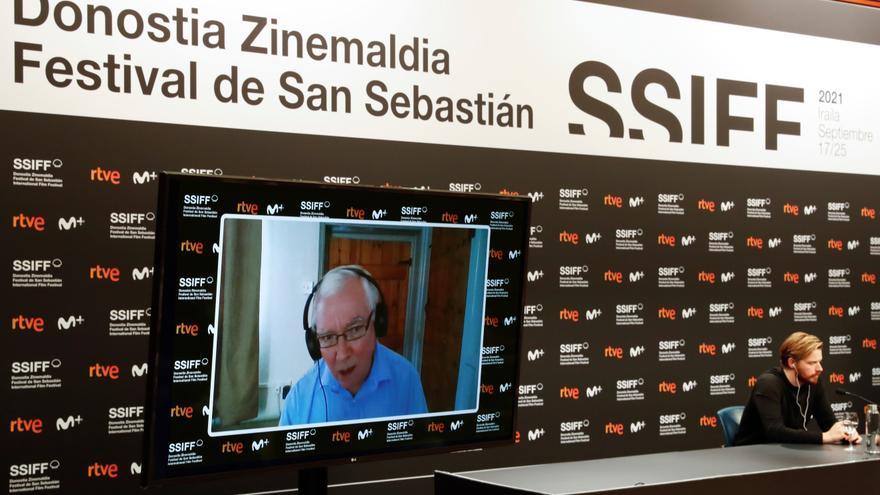 San Sebastián, Sep 18 (EFE) .- Obsessed with time, memory and poetry, Terence Davies (Liverpool, 1945) continues to explore these themes in “Benediction”, the film that he presented today in competition in San Sebastián and in the one that investigates the life and torments of the British poet Siegfried Sassoon (1886-1967).

A former World War I combatant, Sassoon went from warmonger to antiwar, from Jewish to Catholic, from having relationships with men to marrying a woman, in a constant quest to find some kind of salvation, Davies shows in the film.

Siegfried Sassoon was a war hero, decorated for his bravery, but on his return he became a staunch critic of his government’s continuation of the war and his poetry was inspired by his experiences at the front.

For a time she had relationships with several men while trying to accept her homosexuality but failed and opted for marriage and religious pursuit.

Davies, who dedicated his previous film to another great tormented poet, Emily Dickinson (“The Story of a Passion”, 2006), recalled today that his love of poetry began as a teenager when he heard Alec Guinness recite the TS quartets on television. Eliot.

He discovered Sassoon later, at drama school where he had to do a job on him, but he has delved into his figure now, researching for his film.

The director of films such as “The deep blue sea” (2011) or “Sunset song” (2015), both presented at the San Sebastián festival, has been portraying homosexual characters in his films for some time but has never been part of what he has called “the gay scene”.

“In the 70s I did not like the narcissism that existed in that environment,” he assured, “I did not want to fall into the cliché of showing tanned men without a shirt in the gym, I find it very boring, I wanted to show how horrible and evil it can be. to be that world but also fun. ”

Davies has emphasized that Sassoon belonged to a privileged social class and that therefore he was able to maintain homosexual relationships without being persecuted for it. “If you were a worker they would put you in jail, homosexuality has been a crime in England until 1967,” he stressed.

Scottish actor Jack Lowden, who so far has played small roles in films such as Christopher Nolan’s “Dunkerque” or in Steve Mcqueen’s series “Small Ax,” plays the melancholic and gloomy poet.

Lowden has declared himself an admirer of Davies and in particular of “The deep blue sea”. “It is the closest thing to a perfect film that exists,” he said, he was physically present in San Sebastián.

De Sassoon has highlighted his courage and honesty and stressed the importance of making films that recall the “disaster that is war and how it destroys people’s lives.”

Davies carries out a very personal montage, with jumps in time – “for me, time is emotional,” he explained – and with excerpts from archival images of the war that enhance the anti-war message of the film.

Also noteworthy are the dialogues, witty and scathing, the brand of the house. “It was important for me that each character had their own voice and, on the other hand, to be at the height of that educated and brilliant family, who had that facility with language,” he said.

“The British are a lot of fun, especially in the north of England, we have a great ability to laugh at ourselves and see what a ridiculous country we are.”