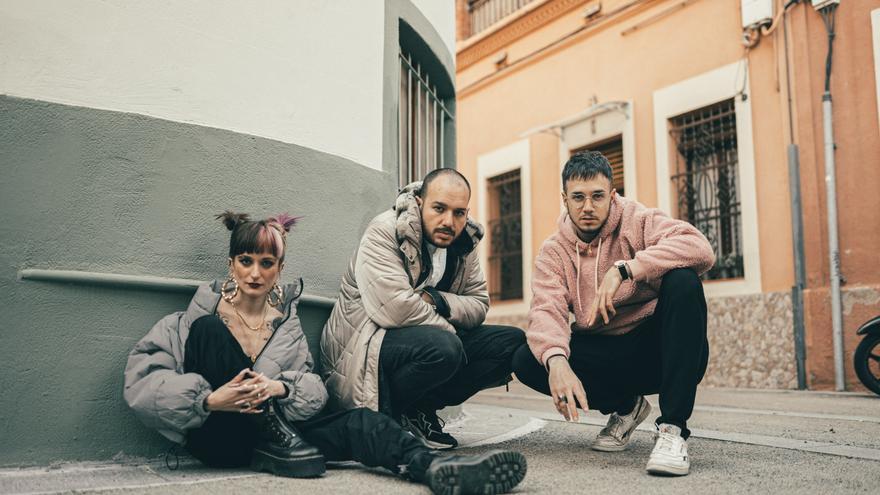 Barcelona, ​​Mar 26 (EFE) .- The trap musician Lildami begins tomorrow Saturday at the Clap hall in Mataró (Barcelona) the presentation tour of his second album, “Viatge enpiral”, with which he positions himself to lead this genre because, as he told Efe, “you don’t have to have complexes for making urban music in Catalan.”

Lildami is the pseudonym of Damià Rodríguez (Terrassa, Barcelona, ​​1994), the leader of the Catalan trap scene, who debuted two years ago with “Flors mentre visqui”, where he stood out for a language that flees from the macho and violent clichés of the gender and for a positive message that broke with stereotypes of style.

These characteristics are maintained in “Viatge enpiral” (Halley Records), which includes a habanera with a homosexual theme – “Ramiro” -, in addition to pieces of urban music and luminous pop such as “2080”, “Tot”, “Criminals”, “Deunidó”, “Provença”, “Intro” or “Tot”, and the collaborations of Albert Pla, La Casa Azul or Mi.Amargo.

Ten of the twelve songs are produced by Mr. Chen -the other two by Pau Romero, and the third leg of the bank also participates, the vocalist Mariona J. Batalla -Emotional Goku-, in an album whose message is summarized in that “a sometimes life is a circle or a cycle, not in 2D, perhaps in a spiral, and although it seems to you that you are in the same click, it is not like that “.

Lildami admits that it is an album full of contrasts, where each song has a life of its own: “yes, it is more plural and has more registers, more songs coming out of our comfort zone or what people might expect. But that’s it. grace, do different things. ”

And he also has more references to the Catalan language since, in his opinion, “it is important to be empowered and not have complexes, on the contrary. And to show that urban music can be made with a face and eyes in Catalan”, and for that reason he recognizes that ” perhaps I do feel this claim a bit mine “.

This graduate in Industrial Design Engineering is satisfied to have shown that “we are a group that can do different things”, and considers it “an honor” that Guille Milkyway (La Casa Azul) collaborates in “Tot”, as well as “mi favorite rapper -Mi.Amargo- “in” Res “or Albert Pla in” Intro “.

And with the Arjau group a gay habanera is branded, “something that no one would expect” from a champion of urban music, with which he intends to “vindicate traditional Catalan culture against those who sample soul music songs” and show his ” polyvalence”.

After the success of her first album, Lildami assumes that her life has changed “a lot” and for multiple reasons: “we went from 4 bowling pins in 2018 to more than 40 in 2019, and in 2020 we had the same projection until the pandemic.”

“You go out in the media, the number of followers on the networks increases … that changes your life, but I have been a little freaked out for what it has been,” says Lildami, who jokes about it when she sings that “if I cut my dreadlocks are already news “, and considers that it is not an excessive fame yet. “If it were crazy, I would give it away,” he says.

Last year he had to suspend the Maleducats festival, dedicated to urban music and organized by himself, and this year at the moment he intends to celebrate it on July 16 and 17 in Terrassa “if the health situation allows it, restructuring the poster, adapting the production and waiting to know what capacity is allowed “.

Lildami, who won the Cerverí, Enderrock and Literari de Girona awards with her first album, “the best recognition”, begins tomorrow in Mataró a tour of Catalan venues that will also take her to Salt (April 10, two shows), Lleida ( day 17), Valls (day 24), Tarragona (May 9), Vilanova i la Geltrú (day 15) and Manresa (May 22), with tickets sold out in most of them.

The egarense, who samples in “XMI” the introduction of “No chick has an owner”, by Violadores del Verso, will feature Mr. Chen and Emotional Goku, “plus some surprises”, with their own sound and lighting equipment, and then it will be the time of the festivals.

Tags: catalan, Complex, do not, lildami, music, there are, urban

Who was René Robert, the photographer who froze to death on a Paris street?