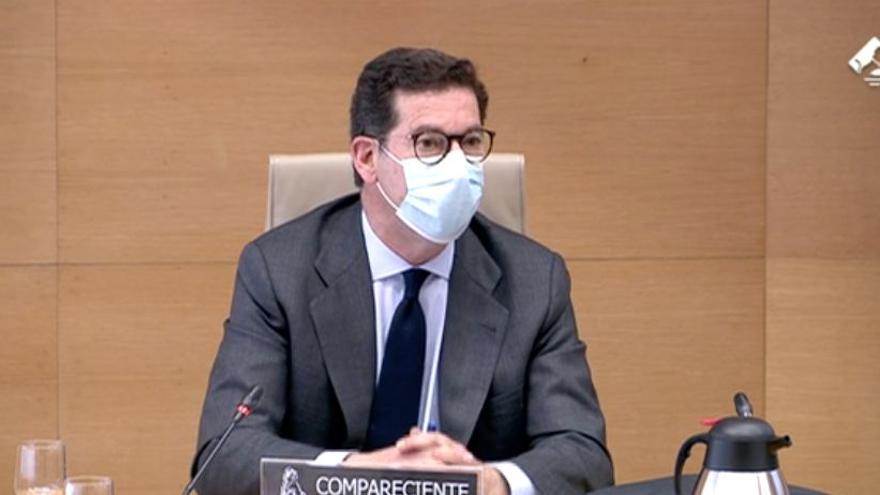 The intervention of the lawyer Javier Iglesias has raised the tone of the investigation commission of the Kitchen case. The lawyer's refusal to answer the groups' questions under "professional secrecy", whatever their meaning, has irritated the groups to the point of warning him of criminal actions against him. In his turn to speak, ERC spokesman Gabriel Rufián has compared him to "the Corleone's lawyer" and has anticipated: "Lawyers are always the first to fall."

The reports of the Internal Affairs Unit identify Iglesias with 'El Largo' to which Villarejo and the rest of the band refer in recordings incorporated into the Kitchen summary. It would be the nexus of the alleged criminal group with the then Prime Minister, Mariano Rajoy, alias 'El Barbas' or 'El Asturiano', for those investigated. Iglesias has been appearing for years in the most murky affairs of the PP, for example, as one who transferred a pact of silence to Luis Bárcenas in 2013 or who offered 500,000 euros of black money from businessmen to the former treasurer for manufacturing other 'papers' when the scandal broke out Box B. This journalistic information has been ratified by Bárcenas himself in court.

Iglesias has appeared in Congress with an email from the Bar Association in which his right to professional secrecy is allegedly endorsed but he has not contributed either because he did not have permission to do so. According to this professional secret, he has not answered any questions because, according to him, all of them affected his work as a lawyer. He has not even said if he knew Commissioner Villarejo, whose wife, Gemma Alcalá, defended in the Tandem and Little Nicolás cases until a few days ago.

Rufián asked him about this alleged relationship with Rajoy and Iglesias again appealed to professional secrecy. Then, the deputy spoke of "cheap excuses" and replied: "Why cover, hide and not tell the truth about very serious corruption cases and specific people that we are asking if you do not have any kind of professional relationship with them ? " "You are Tom Hagen, the Corleones' lawyer. Now you will go to a restaurant booth to laugh at us and say how I have cheated on them but I assure you that what you do here will have consequences," Rufián snapped, appealing to the Penal Code and the penalties that it includes for lack of collaboration with Congress.

The ERC spokesperson added: "You have very powerful friends and it is believed that by playing the role that you are doing here you can go to a booth and laugh at us. But those friends are not so powerful anymore, because if they were, you wouldn't. he'd be sitting here and we wouldn't know him. "

From the little that the deputies have been able to extract from Javier Iglesias is that he was in Soto del Real by mandate of two clients he had in Gürtel, but he did not make the offer that Bárcenas describes. He has also admitted that Villarejo and Josep Pujol met in his office because he presented them for business but that the offer of the commissioner reported by the son of the former identity did not take place, who told judge Pablo Ruz that the commissioner offered to blow up the case that It is followed in the National Court against the family in exchange for a statement against the procés.

One of the most forceful deputies against Javier Iglesias has been Macarena Olona, ​​spokesperson for Vox. "Do not waste our time or come here to give us lessons in jurisprudence," said the deputy of the extreme right, a state lawyer by profession. The Vox spokeswoman has asked that the "resistance" of the lawyer Iglesias be recorded in the minutes and that "an express injunction be made so that the actions that proceed due to his lack of respect for this commission can be followed later." "He takes us for idiots," he told Iglesias.

EH Bildu's spokesman, Jon Iñarritu, has taken up Rufián's argument and said that more than the Corleone family lawyer, Javier Iglesias' behavior is similar to that of the "consigliere" (counselor).

Tags: attorney, be quiet, corleone, fall, it will be, orders, PP, Ruffian