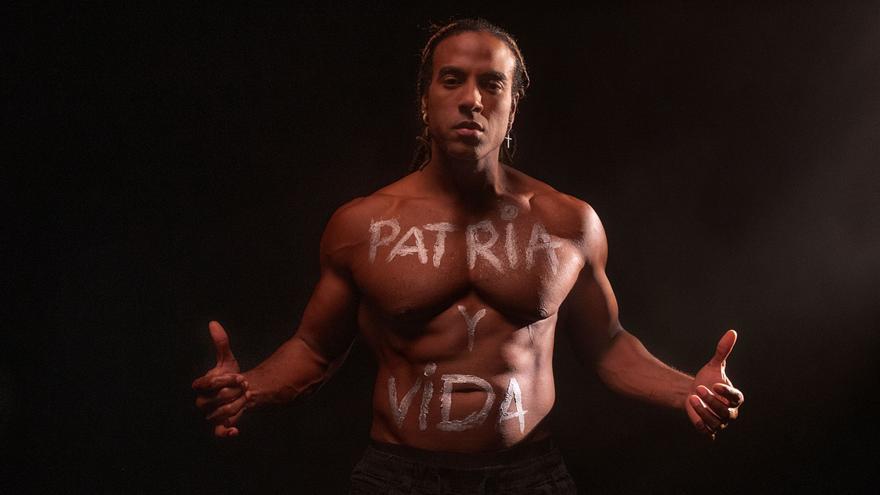 Miami (USA), Jun 24 (EFE) .- The Cuban singer, composer, producer and actor Yotuel Romero, one of the interpreters of “Patria y vida”, the anthem of those who demand a change in Cuba, will begin a world tour in August.

The song “Patria y Vida” went viral since its debut on social networks and has become an anthem in defense of freedom and human rights in Cuba.

The official video clip of the song already has more than 5 million views on YouTube since it came out in February 2021.

Yotuel, the voice of the group Orishas and now a solo artist, created and performed the song with Cuban rappers Alexander Delgado and Randy Malcom (from the duo Gente de Zona), Descemer Bueno, Maykel Osorbo and El Funky.

Considered one of the pioneers of Cuban hip hop, Yotuel is known for his syncretism of rap and other urban genres with Afro-Cuban rhythms and Caribbean folklore.

In his training as an artist, he stood out as the main voice of Orishas and in 2021 he has released several singles that will configure his next solo album.

His most recent project, the song “Together we are more”, was released on June 11 as a special anthem for the Soccer Eurocup, which he wrote and sings alongside his wife, Spanish singer and actress Beatriz Luengo, and presenter Lara. Alvarez.

The official video clip for “Together we are more” has reached more than 3 million views on YouTube.

The singer and actor rose to fame in 2000 with the Orishas album “A lo cubano.”

He then launched his solo career with the album “Suerte”, in 2013, and two years later he created his own label, Chancleta Records.

That same year he joined Orishas again to record new songs. The group was nominated for a Grammy in 2019 for “Gourmet” in the category of best Latin, urban or alternative rock album.

As a songwriter and producer, Yotuel has worked with countless renowned artists including Ricky Martin, Jennifer Lopez, Rubén Blades, Daddy Yankee, and Christina Aguilera, among many others.

The Cuban artist is currently working on his second solo album which, he anticipates, will be an album dedicated to “feminine energy.”

Tags: august, homeland, lifetime, me you him, Rosemary, tour, will start, World