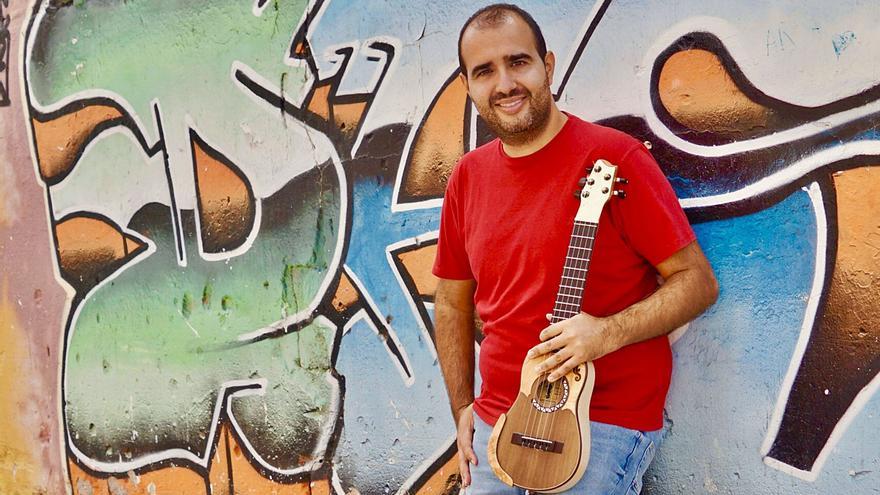 “My music has always been fusion, which is the key”, assures the timplist Yone Rodríguez when he is questioned about the sound concept that he has printed in Semilla, “an album thought from the Canary Islands to the world”, a new exercise in removing the timple from its context and continuing to experience the possibilities of conversing with other instruments and cultures.

“The timple is always there, but in a different way compared to other albums, when composing or arranging the songs,” he emphasizes. “With the album Vivo (2012), at the age of twenty, I was very focused on technical compositions, very difficult, look at everything I play! And it doesn’t always have to be like that but in a simpler way where the strength is in harmony or in the balance of the instrumentation ”.

This album shelters twelve songs, sponsored by the Musicando cycle of the City Council of the Gran Canaria capital, for which Yone Rodríguez has had the collaboration of Santiago Lara on flamenco guitar; the harmonica by Gabriel Grossi, and the Baiana guitar and viola caipira by Jurandir Santana, which contribute the Brazilian quota to the album; the voice of the Colombian Marta Gómez; and the percussion of Yahiro Tomohiro, which takes the story of Semilla to Japan. Along with these guests, a band of Canarian musicians: Aridane Martín (vibraphone and marimba), José Carlos Cubas (percussion), and Javier Cerpa and Paco Marín (guitars).

The fusion presides over this work with a production by Rodríguez himself, recorded live at the Romero warehouse in Gáldar, hanging from the album pieces that illuminate the new path through which the artist travels: Afrozul, Casa Camarón, Tu waltz, Child’s Play, Ring Road and Qué manners, among others. The latter, Qué manners, is a nod to the timplist José Antonio Ramos. “He played it with Paco Marín a couple of times when they were in duet, and he never recorded. With the pandemic I had a creative crisis, Paco told me about it, and we did it, “he says.

“I maintain that fusion, but now I give more importance to the harmonies and the musicality of the song, to take away that idea of ​​composing for timple, as I have been doing until now,” Rodríguez says. In any case, he makes it clear that “the timple is my instrument and what I do is music, and if I had played the balalaika I would play the same music, which is what I feel.” In Semilla the timple takes a step to the side as one more instrument in the band that accompanies it live and in the studio. “There are intimate moments, a duet, others a trio, a quartet, like Tu vals,, timple, vibraphone, harmonica and double bass, combinations that are not typical; and then full band compositions with the eight musicians, everything is part of wanting to look for those sounds and not only with the timbres of the instruments, but with the format ”, the musician explains.

“I look for my moment of prominence, but I also have moments of relaxation, that another instrument has it, and in the end I see it as a whole”. An evolution in the musical that has to do with the maturity that age and work bring in all these years. “Everything goes with age,” says Yone. “When you are a teenager you go very fast, and now you realize that beauty is in a simple melody and in harmony. I am 33 years old, I made the first album when I was 12 years old, and now I have the moment of musical maturity in which one finds oneself ”.

Without complexes or pressures

With this new work, Yone Rodríguez is shedding “complexes and pressures from the past” that have somehow been projected in his music. “Not so much with the figure of Jose Antonio Ramos”, sentence. “I think I’ve always had my sound, and on this album I reaffirm it, and obviously I have a streak with Jose, but I’ve been quite different with the timple. We have all learned folklore, but the instrument evolves and develops. When I’m away I never think about whether I have to adapt the repertoire. Will I touch a leaf? If I feel like it, I play it, but I don’t go with that condition ”. The experience of presenting his music in South Korea in 2019 was “huge” and “marked a turning point”. Remember that Semilla was composed for the occasion, and as he relates, “it was where I lost the complexes, the reaction of the public was incredible, amazed with what we did”. | DFH