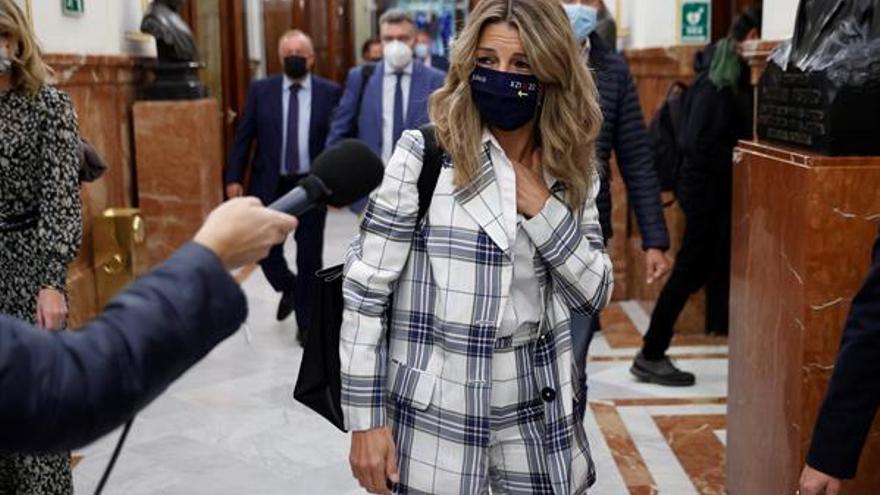 Yolanda Díaz assures that the conflict with her government partner on the labor reform has already been resolved, although she acknowledges that the struggle they maintained for several days has deteriorated the image of the Executive. The second vice president assures that she likes to work in discretion and away from noise. “I think that egos interest me little,” he highlighted in an interview in La Sexta.

For Díaz, the work to be done at the social dialogue table needs “tranquility” and “silence” due to the “many complexities” that are addressed in that space. The second vice president faces the negotiations with optimism. “I see the agreement possible,” he assured about the conversations that the government, unions and employers are holding to repeal the text that legislates labor policies.

The Minister of Labor has returned and stressed that she was “the first surprised” by the internal conflict that broke out in the coalition over this key reform. The regulation faces the final stretch of social dialogue this month, since it has to be approved before December 31.

Last week the two coalition formations agreed on a new internal coordination scheme, which gives space to the Economy and Social Security in the negotiation on the labor reform, which is still led by Labor. And this Tuesday the two formations closed an agreement to reaffirm their commitment “to the repeal of the 2012 labor reform.” Faced with this latest announcement, Díaz maintains that “the debate is over.”

The second vice president did not want to delve into the content of the proposals that are being debated with employers and unions. He has limited himself to defending that the objective of his department is “to change the framework of the PP’s labor policy” and to combat temporary employment. To do this, it is committed to temporary contracts having “just cause”. In this way, the Government seeks to combat the “unbearable temporality index” that our country has. “Talking about precarious workers is talking about precarious lives,” he said.

In addition, it has confirmed that its Ministry will not touch the compensation for unfair dismissal implemented by the PP in 2012, which went from 45 to 33 days per year worked. “We are not going to touch the dismissal,” insisted Díaz, who has limited himself to pointing out that this decision “is not an assignment” to the businessmen. “It is the government agreement. I do comply with what is agreed,” he continued. The team of the second vice president seeks to achieve “a balanced reform”, unlike the text approved during the Government of Mariano Rajoy, described by Díaz as “very aggressive.”