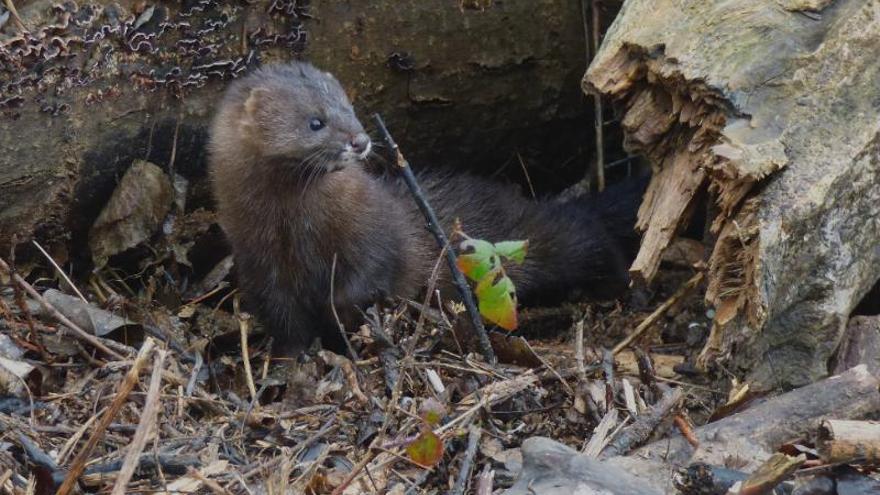 A frog thrown into a cauldron of boiling water will immediately jump out of it to save its life. The frog itself, placed in warm water, will remain motionless while the liquid is progressively heated until it boils with it inside. It is the boiled frog syndrome, an analogy that is used to describe the inability to react to perceived long-term damage, which occurs cumulatively, causing reactions to be absent or late to avoid or reverse them.

Yes, we are the frog. We demonstrate flexibility, speed, creativity to respond, from Science, Law or our social behaviors and, as far as possible, to threats such as that of covid-19. However, we drag our feet, for decades in some cases, in the face of crises such as the climate one. We cover catastrophes for hours with newscasts and special programs. Meanwhile, the 10,000 premature deaths estimated to occur annually in Spain due to pollution go completely unnoticed.

However, there are institutions and agencies that warn us every day that water is approaching its boiling point so that we can jump out of the cauldron in time. One of these institutions is IPBES, an intergovernmental panel, in the image of the IPCC on climate change, whose mission is to prevent the state of biodiversity and ecosystem services – on which our economy and our well-being depend – and to bring closer Science to political decisions. It is a little-known institution but whose work alerting about the consequences of the biodiversity crisis will have a great role in 2021.

This year, the objectives that the international community will set to reverse the global loss of biodiversity from 2020 must be decided. States parties to the United Nations Convention on Biological Diversity will meet in the Chinese city of Kunming, if the virus does not prevents, to decide the commitments to fight against what has already been called the Sixth Mass Extinction.

In this context, knowledge about the importance that ecosystem services have in our day-to-day lives and about the deterioration to which they have been subjected for decades is vital to provide citizens with the necessary tools to demand that public powers be taking decisive measures in the fight against the biodiversity crisis. And so that we politicians are accountable for them.

Scientific bodies such as IPBES are the ones that feed society with this verifiable and verified information. This group published in 2019 the Global Assessment on Biodiversity and Ecosystem Services, a devastating report that reveals the profound erosion of these services on which we all depend and of our species, of which a million are already in danger of extinction. Pollinators, animals on which the production of 75% of our crops depend, are in decline, putting at risk the annual production of crops worldwide worth up to half a billion euros, the entire GDP of Argentina. The coastal protection against natural disasters provided by coral reefs, on which between 100 and 300 million people depend, is compromised and human activity has already wiped out half of the planet’s living coral. Marine and terrestrial ecosystems are the natural sinks for approximately 60% of our global CO2 emissions and about 70% of the drugs used for cancer treatment come from them, yet 75% of the earth’s surface has suffered and considerable alterations at the expense of these ecosystems – we have doubled the urban areas since 1992 and a third of the earth’s surface is already dedicated to crops or livestock – and we only conserve 15% of the planet’s wetlands. Marine pollution by plastics has multiplied by 10 since 1980 and affects 86% of sea turtles, 44% of seabirds and 43% of marine mammals, and is already present in our food.

It is biodiversity that maintains the quality of air, fresh water and the one that nourishes the soils on which we depend; regulates the climate, controls the pests of our crops and the diseases that, as we are seeing, haunt us; It also contributes to the immaterial aspects of our quality of life, such as our cultural identity. The conclusions of the IPBES assessment are clear: ecosystems are the foundations of humanity and we are dynamiting them, compromising our ability to meet the Sustainable Development Goals of the 2030 Agenda.

IPBES is our canary in the mine. His work warns us of a crisis, that of biodiversity, of a scale at least equivalent to the climatic one, and his work deserves publicity and recognition. That is why the Government of La Rioja has agreed to present the candidacy of this intergovernmental body for the Princess of Asturias Award for Concord, for its contribution to the defense and generalization of human rights, the promotion and protection of peace, of the freedom, solidarity, world heritage and, in general, the progress of humanity.

With this candidacy we seek to praise the importance of Science in political decision-making and highlight the link between biodiversity and human rights such as health, as the SARS-CoV-2 pandemic cruelly reveals. It is, after all, a recognition of the role of international institutions in the establishment of international cooperation mechanisms and global commitments in order to achieve social, economic and environmental progress of our societies, and a call for the search for common good that should govern our work: thinking globally, acting locally.