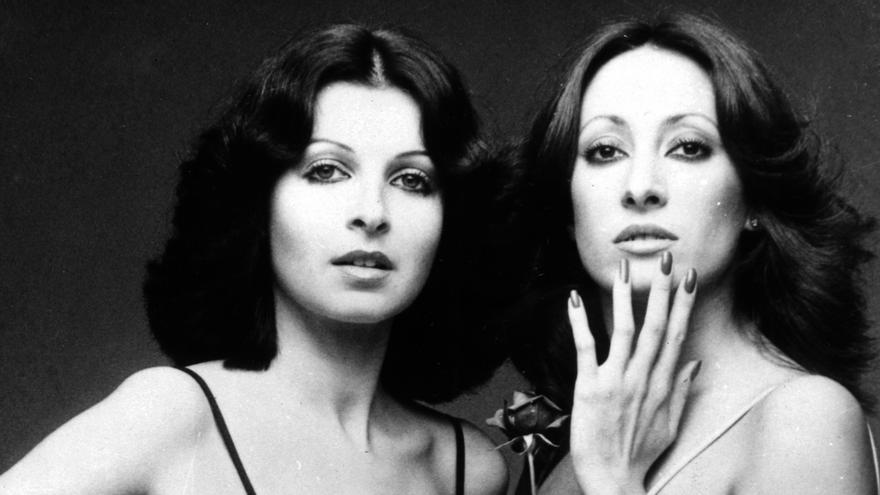 Madrid, Sep 12 (EFE) .- The song "Yes, sir, I can boggie", popularized by the duo Baccara at the end of the 70s, has been left without the voice of María Mendiola, one of the original founders and members of this Spanish duet, who died this weekend in Madrid at the age of 69, victim of cancer.

"How difficult it is for me to publish this: my dear Maria, wonderful artist, but for me above all my friend, she has left us. Words cannot come to me. I can only thank so much love as I have received from her and tell her what that so many times I had the opportunity to say to him in life: 'I love you' ", Cristina Sevilla, the other half of the current Baccara, has published on social networks.

Born in Madrid in 1952, Mendiola began her professional career as a dancer and later as a choreographer of the ballet of Spanish Television (TVE), a stage in which she met Mayte Mateos with whom she formed the original version of Baccara in 1977, although later each of them continued with the training separately.

The Mendiola and Mateos couple only lasted four years, but that time was enough to reap great successes, the most important, above all, the one they achieved thanks to their first single "Yes, sir, I can boggie", which reached to be number one in the United Kingdom, a feat that Julio Iglesias only managed to repeat in terms of Spanish musicians years later.

But they also reached the top in Germany, Sweden, France, Russia, where they also reaped great fame, and even in Japan, and they reached the Guinness Book with 25 million copies sold, ranking among the top 10 songs. Sold out of history and translated into up to ten languages ​​(Spanish, German, French, Arabic, Croatian, Russian, Hungarian, Italian, Serbian and Turkish).

Its tremendous success has continued to this day, becoming the unofficial anthem of the Scottish football team, sung by its fans in the stadiums in the moments before the matches, and even the members of the team themselves sang it also in the dressing room when, after beating Serbia, they managed to qualify for the European Championship held this year.

But now, one of those voices that gave birth to that bestseller has gone forever, that of María Mendiola, the considered "lady in white" because of the dress of that color that she always wore on stage, as opposed to the black she wore. his partner, with whom he participated in the 1978 Eurovision Song Contest representing Luxembourg.

They did it with the song "Parlez-vous français?", With which they were in seventh position in a contest that Israel won with the mythical "A-Ba-Ni-Bi", and which also joins other successes and greats classics in the nightclubs of the time like "Darling", "The Devil Sent You To Laredo" or "Ay, Ay Sailor".

In 1982 the original line-up broke up and both Mayte Mateos and María Mendiola went their separate ways.

Mendiola tried her luck alone as an actress in the program "La comedia musical española" on RTVE; and shortly afterwards he refounded New Baccara again together with Marisa Pérez, whose work together lasted until 2008, when she was forced to leave the stage for health reasons and was replaced by Laura Mendiola, María's niece, and, later, by Cristina Sevilla, the last member of this popular musical duo.

His latest release, "I belong to your heart", took place in 2017, the same year that Mendiola was distinguished with a gold record from the General Society of Authors and Editors (SGAE) for her long career.