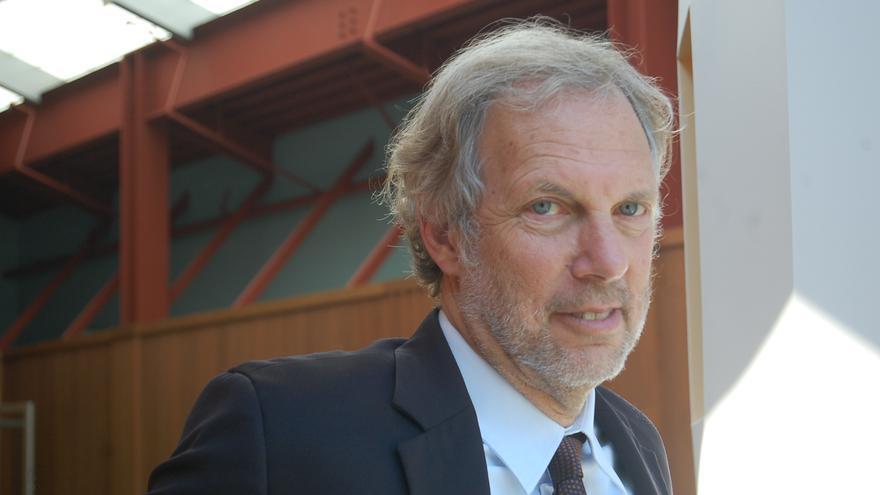 The New Green Plan proposed by the American economist Robert Pollin (70 years old) not only addresses how we can abandon fossil fuels, but also offers answers to the challenges and opportunities that this transition will cause. This University Massachusetts-Amherst professor and founder of the Political Economy Research Institute, is clear that one way out of the crisis generated by the pandemic is to invest in a green economy by creating fairer communities.

What is the New Green Deal that you defend with Chomsky in your book?

The New Green Deal that I propose is a project to eliminate fossil fuels through a transition to green energy and greater energy efficiency, seeking solutions to economic inequalities and social crises. There is no reason to call it that, but I like it because it evokes the idea of ​​a project to advance climate stabilization by creating new opportunities and reducing poverty. In that sense it is a true alternative to neoliberalism, which in the end is just one version of capitalism, but not the only one.

Is Biden’s program close to what you propose?

I have read it many times and the program has some good points. One of them is the amount of money that it considers necessary to invest to make the transition towards the objectives set by the Intergovernmental Group of Experts on Climate Change (IPCC). He’s talking about $ 500 billion a year, which is in line with my estimates. Maybe I lean more towards 600,000 million, but it is close. In addition, it emphasizes the need to create jobs and include unions as part of the project. These are good aspects.

What are its less positive aspects?

One of the problems I see is that it puts too much emphasis on carbon capture and nuclear power. I understand why it is there, it is a gesture towards fossil fuel companies, but we should focus on the solutions that we know work: renewable energy and energy efficiency.

There is another question you are not convinced with, what is it?

What doesn’t seem so positive to me is that, during the campaign, it became clear that Biden and his vice presidential candidate, Kamala Harris, will support the projects of fracking and, therefore, the development of natural gas and fossil fuels. The funny thing is, there was a point in his campaign when Biden talked about confronting these fuels, but then Democrats panicked and rectified. But what he had said was true: we will have to end fossil fuels to save humanity.

That is one of the most difficult points in all the programs. How can you convince those affected to close industries?

I have given many conferences to workers and union representatives to present the ideas of the New Green Deal that I propose and they have told me: “Yes, professor, that is very good, but despite the interesting plan that you teach us, our jobs are in progress. I play and nobody guarantees us that the program will be fulfilled ”. And they are right. I can’t tell you that it’s not true. That is why a large part of my job is to try to connect those who fight for the environment with groups of workers, so that they can show them their commitment to just transition policies. Sometimes this is successful, and unions and workers begin to support the transition because they see that their problems are at the center.

But still, isn’t it difficult to accept that we will have to change our excess consumption?

I do not agree with the concept of degrowth. I certainly share the same objective as this movement, but I think it is too vague a concept that is not useful. I want the fossil fuel industry to decrease to zero, but for the green economy to grow. Furthermore, the idea that the human species consumes too much is a fallacy. Most people consume too little – 1.5 billion are in extreme poverty – and their standard of living should improve. We cannot even ask the working class in the United States or Europe to reduce their consumption. Yes, a more equal distribution of wealth should be achieved, but I don’t think degrowth is the way to get there.

How do you think then that we should combat the climate crisis?

From my point of view you have to focus on changing the energy system and the agricultural system. The main causes of destabilization of the climate are the burning of fossil fuels, deforestation and industrial agriculture that depends on nitrogen fertilizers that emit greenhouse gases and destroy the soil. That is where we should focus and I think it can be done by improving living standards.

Perhaps with the return that Biden has promised from the United States to the Paris Agreement we have more opportunities to get closer to the climate goals?

That Biden wants to immediately return to the Paris Agreement is a very nice symbolic gesture. But we have to remember that this is a very insufficient agreement. According to estimates from the International Energy Agency, even if all countries kept their promises, which is not the case, by 2040 we will have increased our emissions. At a slower pace, but global emissions in 2040 will be higher than now. That is why this agreement must be strengthened. We should create certain emission limits that we should all meet and take seriously. And for them there must be some legal commitment, so that there is some kind of penalty for those who do not fulfill their commitment.

You assure that also the managers of the companies that do not reduce their emissions should have some damage. How would it work?

Small targets could be set, such as reducing emissions by 4% for example, and from there add a percentage every year so that they can adapt their spending on renewables and increase their energy efficiency. But if company executives do not meet climate targets, they should be thrown in jail or fined 100 million. Something very shocking that really grabs your attention.

What do you think of the New Green Plan of the European Union?

The European plan is far better in its analysis and rhetoric than Biden’s. That idea that it will be the European ‘moon landing’ and the commitment to reach zero emissions by 2050 is much more ambitious. But there is a big problem. The amount of money you propose to invest is totally inadequate. He estimates that it will need 0.7% of GDP, when it would rather need between 2% and 2.5%. With that money, which also includes both the investments of the European Union and that of individual governments and private companies, the problem is not solved.

Where should it go then?

There seems to be a willingness on the part of Europe and the European Central Bank, which will begin to incorporate climate risks and evaluate lending activities. But, in my opinion, they should also include the purchase of green bonds that allow transferring money to local areas and the private sector. At the moment there is none of this. It is true that Cristina Lagarde has had positive gestures, and also that it has come just in a year that is being especially hard for everyone, but at the moment there are many words and little action.

What role should governments play in this green transition?

There is a very important place for private investors – I myself have a small green business so I am in the world and I am not opposed to it. But the engine has to come from public policies; of the United States Federal Reserve and the European Central Bank.

The Covid-19 situation has complicated everything. Do you really believe that even in the new circumstances all this is possible?

Both the United States and Europe are back in a recession from the impact of Covid. But one way out of this is to invest in the green economy. It is not the complete solution, but it can be an important part of recovery. Of course, one of the issues is: And where do we get the money from? In my opinion, from stimulus programs that can come from domestic spending or central banks, or better yet from a combination. We have just seen how last March the United States managed to get the largest stimulus program in history, dedicating up to 10% of GDP. What we’re talking about here is a trifle in comparison. In my opinion, with green bonds money could be injected to build a green economy and provide a stimulus.