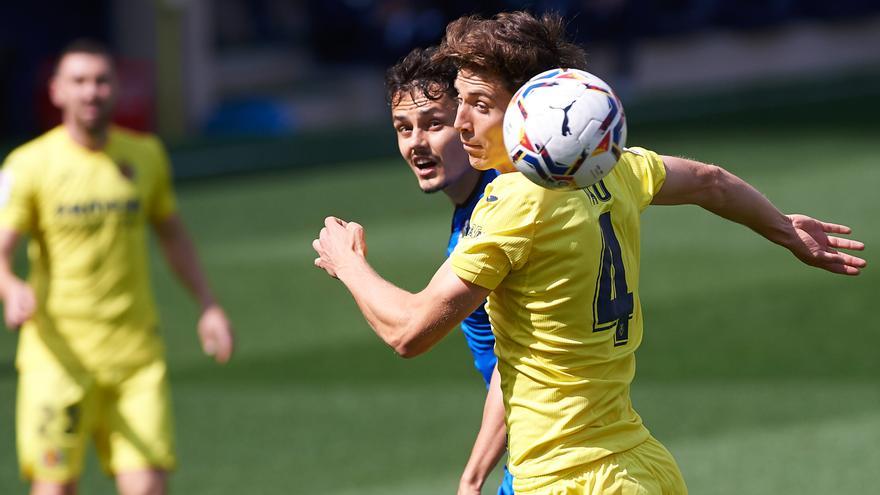 A Yeremi Pino’s goal ten minutes from time for him Villarreal opened a closed game and few occasions, in which the Getafe He held a rival who needed a lot of perseverance for many minutes to add the three points (1-0) against a very leathery opponent.

Getafe imposed the rhythm of the match that most interested him during the first half, which prevented Villarreal from showing loose, but in the second and, especially after the changes, the locals had a little more presence against the Madrid team, which was well in defense , but which lacked offensive power.

From the first minute, the game was conditioned by the intensity and, above all, by the Getafe high pressure, which frustrated any attempt by the local team to come out with the ball under control, so it was played very close to Asenjo’s goal.

Villarreal managed to have the ball, but I could not find a way to overwhelm the rival in the middle lineTherefore, I was unable to get close to the goal of David Soria, who hardly had to intervene in the game, to the point that his first participation did not arrive until after twenty minutes of play.

Despite the fact that the game proposed by Getafe was being played, their approaches to Asenjo’s goal were reduced to several distant shots with little danger from an opponent, while Villarreal, who arrived less still, had their first option within half an hour. on a goal scored by Chukwueze that was canceled for offside.

Without changing the dynamics of the match, Villarreal had the best chance to score in the first period in a Capoue penetration through the center, which ended with a shot placed, although not very powerful, that David Soria destroyed with a good stop three minutes from the break.

The second half began with a goal disallowed by Mata for offside after Asenjo repelled a powerful shot from Arambarri in the first shot on goal of the match by the Madrid team. without the tonic of the first half changing, since both teams were known to overwhelm the rival, which limited the offensive actions near the goals.

Unai Emery’s team was able to have more ball in the second period, but Getafe was very solid in defense, both due to the positioning of their men and the disputes of the ball in individual actions. Half an hour from the end, the Basque coach revolutionized the team with the entry of Gerard Moreno, Bacca and Coquelin to try to give his team more depth, although without changing the game scheme. Pep Bordalás did not need to modify approaches because Getafe responded as planned and did not allow the rival to evolve as he wanted.

The meeting entered its last quarter of an hour without a clear dominator, but without any of them giving up the victory, although the decision to take risks was slightly in favor of the local team, which was somewhat more offensive than in the first half against an opponent who was not disorderly.

After trying the whole game Villarreal to go out with the ball under control, a long ball came to Yeremi who, in an individual action, beat David Soria with a cross shot ten minutes from the end in the first clear chance of scoring by the locals, after which Getafe had the option to level the score in a free kick by Timor in the second minute of extension.

Referee: Estrada Fernández (Catalan committee). He admonished Funes Mori and an assistant who was on the bench for Villarreal and Cucurella and Maksimovic for Getafe

Incidents: Match of the 35th day of the League, played at La Cerámica without an audience.

Eibar continues to dream of permanence and Betis is approaching Europe