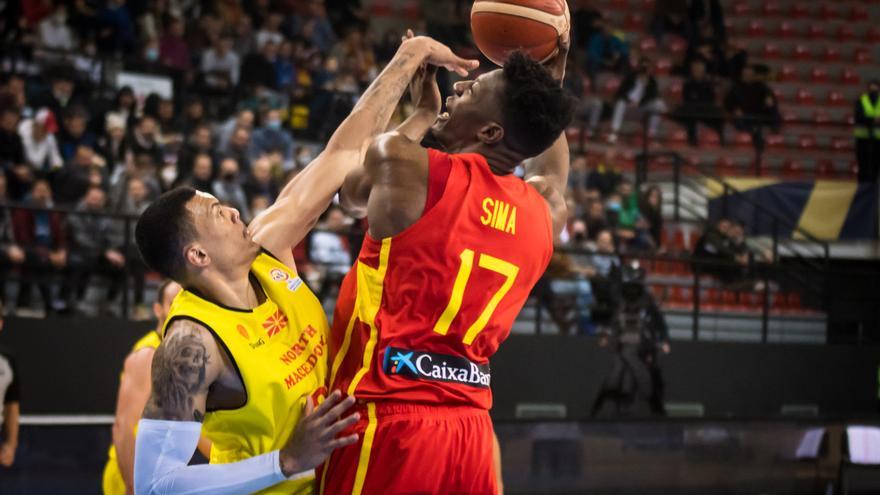 The Spanish team started the qualifying phase for the World Cup 2023 with a comfortable victory against Macedonia (65-94), in which the performance of the debutant stood out Yankuba Sima, who scored 17 points and grabbed four rebounds.

North macedonia, who reached this qualifying phase after overcoming the previous phase with two victories in four games, one against Switzerland and the other against Slovakia, could not with Spain, which played a very solvent match to win a match that they dominated from the beginning.

Sergio Scariolo In the first minutes of nerves, Quino Colom’s veteran, who is performing at a good level at AEK Athens, was entrusted to guide the national team in this first ‘window’ and the point guard responded by pulling ex officio on a field in which had minutes for the three debutants, Dani Pérez, Yankuba Sima and Jaime Pradilla.

We already have the FIRST ✅

Of the three, the most successful was Sima, who when he rested had already scored nine points and captured a rebound, three less than Dani Díez and Fran Guerra, that in the first two quarters they were the defensive bulwark of the national team.

After the break, Spain finally got the victory on track, betting on the outside game and thus they were linking triples Xabier López-Arostegui and Darío Brizuela, who cheered the box up to twenty-three points apart in the third quarter.

With that advantage, the last ten minutes were pure process. Spain continued with the accelerator on without encountering too much opposition in the Macedonian defense, who was not at the level of success of Teodor Simic, who registered eighteen points in attack.

Incidents: first match of the qualifying phase for the 2023 World Cup played at the Jane Sandanski Sports Center in Skopje (Macedonia).