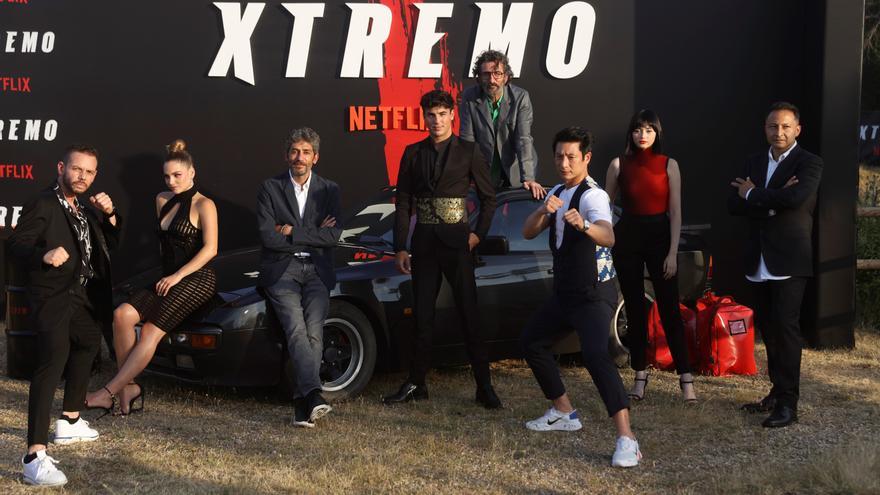 Madrid, Jun 3 (EFE) .- "An action film that will mark a before and after in Spanish cinematography" in this genre: this is how director Daniel Benmayor defines the new Netflix film "Xtremo", which comes to the platform this Friday thanks to the persistence of its protagonist and also screenwriter, Teo García.

“The film is going to stand out because one like this has never been made in Spain. It is true that there have been films that had action sequences, but one that is purely has not been made. 'Xtremo' is action without rest. What we want with this film, from the artistic side, is to create a stamp of action 'made in Spain' as has been done with other genres ”, declares the director.

The film, which was shot before the COVID pandemic, had been in Teo García's head for a long time. The martial arts specialist and actor wrote a first sketch of it almost 14 years ago, and since then he has been trying to get a production company to carry out the film.

Despite the many refusals from various production companies, García did not lose hope and finally the film came to Netflix: “For me this is a dream come true, I feel super happy that finally this project that I have so long trying to develop, see the light. I grew up watching and idolizing the action masters of the 80s and 90s and I wanted to develop something like it in Spain, so I was very happy with the result ”, says the actor.

“Xtremo” is a Spanish martial arts film that recounts the revenge of Max (García), a man willing to end the life of his own brother, Lucero (Óscar Jaenada), after he betrayed the family two years before killing Max's son and father and leaving him almost dead.

His plan of revenge will be precipitated when Lucero's henchmen massacre the family of Leo (Óscar Casas), a teenage boy whom he had taken as a protégé, and Max prepares to kill all the henchmen until he reaches his final goal.

For García, shooting this film has been easier than for the rest of the cast, since he has, from a very young age, knowledge of martial arts, as does the actor Alberto Jo Lee, an expert in taekwondo. However, Jaenada, Andrea Duro, Sergio Peris-Mencheta and Luis Zahera have had to go through a previous preparation.

“An action movie like this requires a lot of concentration and everything has to be super choreographed. It has required good physical preparation to endure many sequences, ”says Duro, who puts himself in the shoes of María, Max's sister who also wants to take revenge on Lucero.

For his part, Jo Lee, who plays Chul Moo, is delighted to be able to combine his two passions for the first time, that of acting together with martial arts: “I have always made comedy and drama films, but never action films. , so very happy, "he says.

For the youngest of the Casas (he is Mario's brother), playing Leo has been "quite a gift." As he defines him, "he is a very good character to whom a very bad thing happens and he is going to want revenge for it." "Leo is a slightly problematic kid who tries to find life to help his family in a somewhat ugly way and who ends up being María and Max's protégé, his accomplice in this whole plan," he adds.

The director of “Xtremo” encourages the viewer to watch the film, since “thanks to the action, the adrenaline and the fact that it is a risky film, and a well-constructed plot” will make “the enjoyment double”.

This action thriller written by García with Iván Ledesma and Genaro Rodríguez, and produced by Showrunner Films, also features the music of the winner of two Goya Awards and an Emmy, Lucas Vidal (“Elite”, “Palmeras en la Nieve”) .