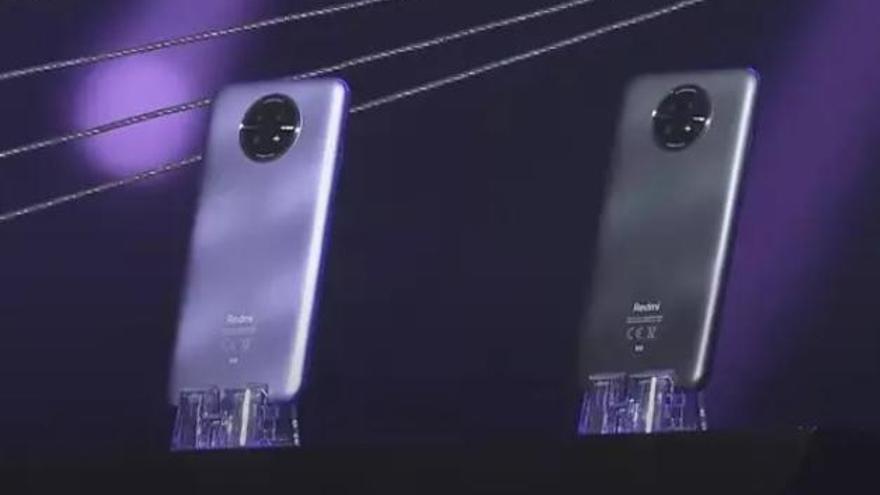 Xiaomi has launched the new year with the presentation of Redmi Note 9T, a mid-range device ready for 5G thanks to the Mediatek Dimensity 800U processor, which will be available on January 11 from 229 euros.

The company launched in 2020 the Redmi Note 9 family, which has more than 20 million users all over the world and with which Xiaomi seeks to “make the latest technology accessible to all”. This Friday, the company announced a new member, Note 9T.

Note 9T is 5G ready. Bring speeds such that a two hour movie can be downloaded in a few seconds, as highlighted by the company. It has 4×4 MiMo with 4 5G antennas located symmetrically for 360-degree coverage. It also supports two 5G SIM cards in the same device.

Redmi Note 9T works with Mediatek Dimensity 800U 7nm processor with integrated 5G modem, which improves performance by 93% over Snapdragon 665. It integrates two A76 CPUs at 2.4GHz and six A55 CPUs at 2.0GHz.

It also has a temperature control system based on machine learning, which minimizes the possibility of the device overheating. And it integrates a 5,000mAh battery, with support for 18W fast charging, which offers up to two days of autonomy, and has four functions in settings to optimize it.

Its design stands out for the curvature of the back, to offer a more ergonomic grip, as well as the anti-fingerprint finish and a nano layer that repels drops. The fingerprint sensor is located on the home button, and has a 3.5mm jack port for headphones, infrared sensor and NFC technology for wireless payments.

The screen, 6.53 inch, is protected by Gorilla Glass 5 glass, and offers an FHD + resolution, and has dual speakers on the top and bottom, with intelligent orientation technology, which detects whether the user is holding it horizontally or vertically.

This team has a triple camera with circular design on the back, led by a 48 megapixel AI lens, which is complemented by a depth sensor and a macro lens. On the front there is a 13 megapixel lens.

The company has also presented the new Redmi 9T, a 6.53-inch display device with FHD + resolution and Gorilla Glass, which offers a quad camera on the back with a 48 megapixel lens, which is complemented by wide angle, macro and depth lenses.

This equipment works with a Qualcomm Snapdragon 662 processor, with up to 128GB of storage, and integrates a 6,000mAh high-capacity battery, with which offers up to two and a half autonomy (17 hours of video playback or 14 hours of gameplay, for example). Supports 18W fast charging.

Redmi 9T will be available in four colors, with anti-fingerprint and drop-proof finish and with the fingerprint sensor located on the home button, an infrared sensor, headphone jack port and NFC technology.

It will be available in a model with 4GB of RAM and 64GB of storage for 159 euros (169 euros with NFC), and another with 128GB of internal capacity for 189 euros (199 euros with NFC). The normal models will arrive in January, and in February those with NFC.

Amazon and Apple veto Parler, the social network of ‘Trumpism’