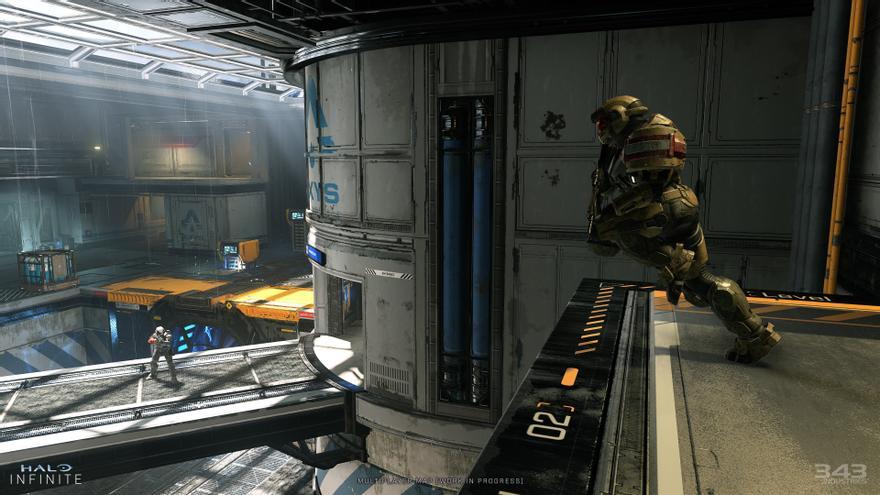 Los Angeles (USA), Jun 13 (EFE) .- From "Halo Infinite" to "Starfield" through "Forza Horizon 5" or "Redfall", Xbox took center stage this Sunday on the second day of E3 , the most important video game fair on a global scale and which this time is being held virtually, after skipping 2020 due to the pandemic.

Thus, Xbox presented 30 titles throughout 90 minutes with a non-stop succession of trailers, previews of real action video games and some surprises.

The main novelty this time was that Xbox shared the act with Bethesda, a developer that was acquired by Microsoft this year.

Without Sony at E3 to show off the PlayStation 5, Xbox had a clear path at this show to argue why the Xbox Series X, which launched last November, is the best console of the moment.

In addition, Xbox took the opportunity to celebrate that in 2021 it will be two decades since the launch of its first device.

The head of Xbox, Phil Spencer, said that if Xbox has turned 20 it has been thanks to the support of his fans.

"Our team strives to make Xbox a place where you will find the best games, the most dedicated developers and the most passionate community. Together we make Xbox the best place to play," he said.

Xbox dedicated a large part of its event to two of its most powerful assets for the coming months: the new installment of the successful "Halo" saga, entitled "Halo Infinite"; and the long-awaited "Starfield", a very ambitious and key project on Bethesda's horizon.

This futuristic game with an existential air was in charge of opening the act with a trailer between the epic and the reflective.

Todd Howard, executive producer of Bethesda, explained that "hope", "humanity in common" and solving the mysteries behind life are fundamental points in the universe of "Starfield", which will hit the market on November 11, 2022 .

The other great Xbox moment at E3 corresponded to "Halo Infinite", which will go on sale this Christmas and from which both a new trailer and live action of the video game could be seen.

"The missions change: they always do," says one of the clips revealed at E3 Master Chief (Master Chief), the famous protagonist of "Halo".

Joseph Staten, the creative head of "Halo Infinite", recalled that, since the saga began, the plots of "Halo" revolve around "heroism" to protect humanity in a science fiction environment.

"Starfield" and "Halo Infinite" will be Xbox exclusive games.

These two titles appeared in all the previews of E3 about what Xbox would present at the show.

But along with the joys came some disappointments, as fans lamented on social media that Xbox and Bethesda were not talking about the highly anticipated "The Elder Scrolls VI."

A MEXICAN "FORZA" AND AN INCOGNITE WITH "REDFALL"

The exciting racing and motoring adventures of "Forza Horizon 5" will land on Xbox on November 9 with an important incentive: its settings are inspired by Mexico.

From the streets of the city of Guanajuato to coastal towns to Mayan ruins, deserts and jungles, Phil Spencer promised that "Forza Horizon 5" will show a "vibrant" and "authentic" recreation of Mexico.

Xbox showed several minutes of real action of this video game in which both the hyper-realistic representation of the Mexican lands and an arcade mode in which cars must destroy piñatas as they passed to score points stood out.

The Xbox event also had time to show images of the war "Battlefield 2042", delve into the mysterious thriller "Twelve Minutes" (the actors James McAvoy, Daisy Ridley and Willem Dafoe participate in its dubbing), fly with "Microsoft Flight Simulator "or fight the zombies and other creepy creatures from" STALKER 2 "and" Back 4 Blood ".

However, the honor of closing the event went to "Redfall", the new proposal from Arkane Studios.

Those responsible for the saga "Dishonored" enter this time into a world infested with vampires to shape "Redfall", which only saw a spectacular trailer at E3 and which will go on sale in the summer of 2022.