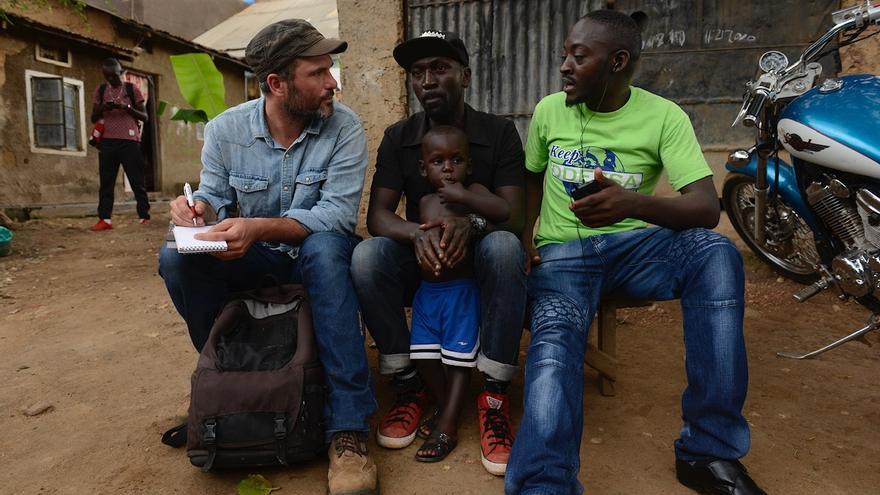 Madrid, May 25 (EFE) .- The Catalan journalist Xavier Aldekoa won the III Saliou Traoré Prize for Journalism in Spanish from Africa with his series published in the National Geographic Magazine “Africa. A future with names and surnames ”, illustrated with photographs by Alfons Rodríguez.

As Aldekoa himself explains, the project to which they have dedicated more than two years, “fixes its gaze on the future generation of Africa. Through the stories of 10 boys and girls in 10 African countries ”, a continent that today remembers with its world day the access to independence from colonialism.

“The high quality and its unique and interesting approaches, which emphasize not only the present but also the future of Africa. It is a commitment to long-term journalism ”highlights the jury’s decision.

Composed of the president of the Efe Agency, Gabriela Cañas; the general director of Casa África, José Segura Clavell; María Teresa Fernández de la Vega, president of the Council of State, and journalists Nicolás Castellano and Felipe Sahagún, the jury agrees that Aldekoa “embodies the ethical and truthful values ​​of the journalistic profession and shows his exhaustive knowledge of the African continent.

“Xavier Aldekoa demonstrates the good work of a journalism filled with harsh and at the same time positive messages, illustrated by the objective of Alfons Rodríguez, who address the reality of each one of the minors to present key issues of the African reality”, praises the minutes of the jury, which awarded Pepe Naranjo and Carla Fibla in previous editions

Gabriela Cañas considered that Aldekoa’s work, in accordance with the bases of the award, is splendid in conveying pure and also positive messages, with quality texts that “masterfully” treat the combination of data with people’s faces.

Fernández de la Vega stressed that the 21 candidatures presented show the “great quality of all the works” that represent an X-ray of the current situation of the African continent on issues of such important and sensitive scope as migration, the environment or the visibility of women africana in science or health.

For the general director of Casa África, some of the texts are of “exceptional quality as well as the contents” and deserve a volume that allows completing the work of their dissemination, something that this award aims to bring the neighboring continent closer to Spain and to Spanish-speaking countries.

Nicolás Castellano highlighted the winner’s long career, the diversity of sources in his work and the rigor with the data, which he recalled characterizes this award, and more so in a year of pandemic.

He celebrated that the Saliou Traoré family will be “very happy” for the continuity of his work that the winners represent.

The professor of International Relations at the Complutense University of Madrid Felipe Sahagún emphasizes that Aldekoa treasures “all the values ​​in the approach to the human being and works with the necessary empathy to achieve enough trust so that people open up and transmit reality with variety of themes, characters and problems ”.

“He is the total reporter,” sums up Sahagún.

The winner explained that his is “trying to write in a way that lasts” and claims “the pause” in journalistic work, which he considers is what allows people to listen to people who generously give their time to the correspondent.

For the chronicler, it is essential to show “some of the main challenges and achievements of the continent of the future”, but he also defends that “journalism must have the intention of enduring because of the beauty of the words.”

The award will be presented as on previous occasions at the Casa África headquarters in Las Palmas de Gran Canaria.