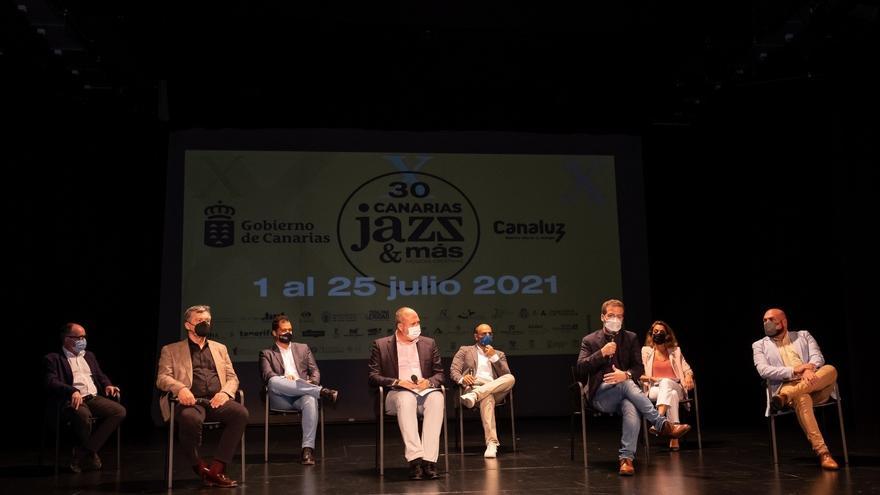 Wynton Marsalis, Avishai Cohen and Snarky Puppy will headline the 30th edition of the Canarias Jazz & Mas International Festival, which between July 1 and 25 will tour the eight islands with more than 50 concerts and more than 30 international, national and local musical projects that complete one of the most ambitious posters in its history.

The Festival will present a program that highlights The Jazz at Lincoln Center Orchestra with Wynton Marsalis, a whole universal institution of the genre; Avisahi Cohen Trio with the Tenerife Symphony Orchestra (in collaboration with the Canary Islands Music Festival), and the American Snarky Puppy, one of the most celebrated contemporary ensembles.

The Festival completes its line up with some top-of-the-line classical and emerging figures, such as the pianist Fred Hersch, in a trio format; the marvelous voice of Liv Warfield; Julian Lage’s virtuosity on guitar, and the ease of a good number of bands that this year share that leg called ‘& Mas’ and that always offer projects related to jazz, such as soul or funk.

Juan Márquez, Deputy Minister of Culture and Heritage of the Government of the Canary Islands, said that this festival “is an institution of this land, it has brought the best artists in the world”, a reason, along with its 30 celebrations, “which makes the Government of the Canary Islands the main sponsor because it is an emblem of our cultural fabric “.

Márquez recalled that despite all the “difficulties” caused by the pandemic, “we have managed to keep culture alive, and this month of July begins with a boost and a recovery of the sector that gives us value as a cultural paradise, also coinciding with the Canary Islands Music Festival, with which a first line of collaboration has also been established “.

Miguel Ramírez, director of the Festival, wanted to thank the involvement of all the administrations that they sponsor because “it would be impossible without their contribution, of those who are and have been, to have come this far.”

A festival with 59 concerts and 335 musicians

Regarding the Festival figures, he recalled that “they are 59 concerts, record this year; more than 30 projects; some 355 musicians approximately; we generate more than 700 direct jobs “. For Ramírez,” the illusion is intact, the circumstance also occurs that for the first time in an edition we are in the eight islands. ”

Enrique Arriaga, Councilor for Culture of the Cabildo de Tenerife, highlighted “the importance of culture in these times” and wanted to highlight the “contribution made this year by the Tenerife Symphony Orchestra”.

Gladys de León, Councilor for Culture of the Santa Cruz de Tenerife City Council, recalled that the Festival is always “prelude to summer”, Alfonso Cabello, CEO of the Development Society, also celebrated the “return to normality”, and Marco González, mayor of Puerto de la Cruz, recalled the 2020 edition, that “it was held despite the circumstances and demagoguery and populism against culture, which proved to be safe and possible.”

Badel Albelo, councilor of La Laguna, stressed that his municipality “grows with the festival, this year new spaces have been enabled, such as the Santo Domingo Convent, in a perfect pairing”. Lorenzo Muñoz Sardinia, general director of Canaluz, a private sponsor of the Festival, commented that “his company, 100% Canarian, wants to be with talent and culture.”

Canarias Jazz & Mas offers in its program consecrated artists with others who point in that direction, but also attentive to the most emerging projects. Musicians who move between classical and contemporary jazz. Veterans of the national scene such as Jorge Pardo with Carles Benavent and Tino Di Geraldo; and Maria Joao & Carlos Bica Quartet; with new faces on the launch pad like Cyrille Aimée, Chico Pinheiro Quartet; new faces like Ozma, Jean-Paul Estiévenart Quintet, Óscar Peñas or The Black Barbies.

The Canarias Jazz & Mas stages will serve to present a good number of projects born in the islands, some veterans who have played at this event when it was taking its first steps, will once again be the undisputed protagonists of the Festival, such as Kike Perdomo Sextet.