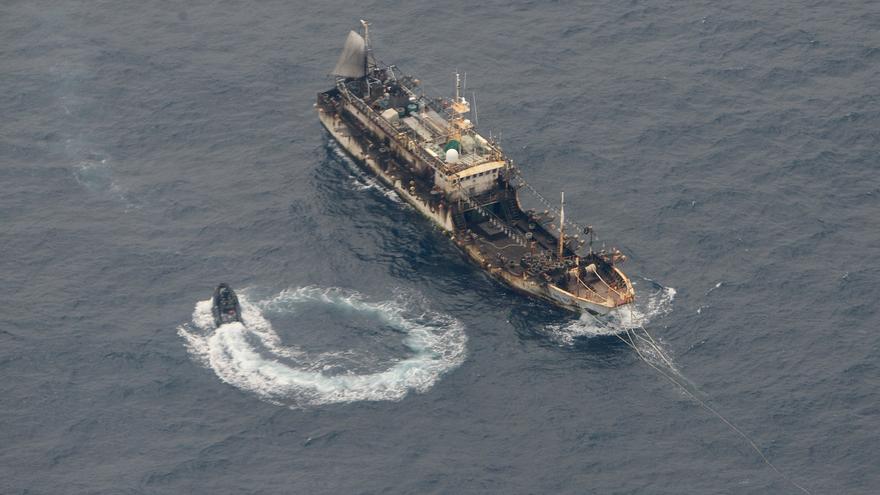 “We believe that there is no time to lose, the WTO must put an end to the harmful subsidies that finance this vicious cycle of overfishing, which threatens the health and livelihoods of the oceans and the food security of the planet,” he told Efe. the regional leader of the Ocean Practice in Latin America and director of WWF-Ecuador, Tarsicio Granizo.

The Director General of the WTO, Ngozi Okonjo-Iweala, convened a ministerial summit on July 15 in which she has made it a priority to get the 164 members of the Organization to agree to end these fishing subsidies that are harmful to the environment .

These are the aid granted by states or private companies to the fishing industry, which according to Hail, “instead of benefiting sustainable fishing, what they do is promote overfishing.”

For this, he considered that those countries that have a “not very sustainable” fishing tradition and that enjoy a practice widely subsidized by the State, such as China, among many others, should be seated at the table.

“Governments around the world have not complied with the mandate of the XI Ministerial Conference of the WTO in 2017, nor with SDG 14.6 to curb public money that supports overfishing that degrades the oceans,” lamented the regional director of WWF.

At that Ministerial Conference in Buenos Aires held four years ago, the members of the international organization assumed to put an end to aid to fishing, while the UN Sustainable Development Goal sought to conserve life in the oceans by eliminating this type of harmful subsidies before the end of 2020.

Something that has remained a dead letter and that tests, according to Hail, the very “legitimacy of the WTO as a multilateral organization.”

And it is that today, 94% of fish populations are used to the maximum or overexploited in the oceans, in part, due to harmful fishing subsidies that in 2019 amounted to 22,000 million dollars, denounces WWF.

In order to raise public awareness and alert decision-makers, the offices of the environmental NGO in Latin America have launched the #ApoyemosLaBuenaPesca campaign, with which it intends to underline the need to demand that governments redirect their support to fisheries and opt instead by beneficial subsidies.

“It is about having a whole fishery management that goes from the catch to the table, that there is traceability so that the consumer can know that the fish they are eating comes from sustainable fishing and respects environmental and social issues,” the representative valued from WWF.

With important fishing industries in the American subcontinent and governments that also subsidize in a detrimental way, Hail explains that fishing fleets are increasingly interested in certifying their products to better place them in the US and European markets, although not for purely reasons environmental

In this sense, he defended that this impulse should be taken advantage of to guarantee sustainability in the sector through a package of measures such as the exchange of experiences in good fishing gear, which includes the specialization of hooks and the recycling of new nets. regulations, and raise consumer awareness.

WWF expects a consensus decision to end harmful subsidies in order to achieve a gradual recovery of fish stocks and that funds will be used to support fishing in the most vulnerable sectors.

It also urges other international bodies to “define sustainability criteria in fishing, beyond jurisdictional borders.”

As a sample, it puts the situation around the Galapagos Islands, where this week Chinese fishing boats have arrived near the limit of the Exclusive Economic Zone (EEZ), local environmental organizations denounce.

“Galapagos is a hotbed for fish, that’s why the large fleets are going to fish,” says Granizo, in favor of fishing, but taking advantage of it in a sustainable way to end “the perverse practice for marine biodiversity” of harmful subsidies .