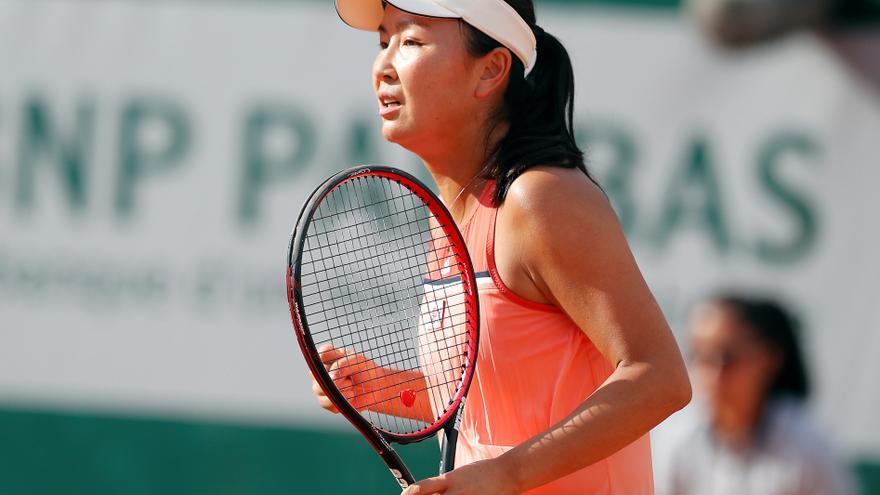 The WTA has decided suspend tournaments that celebrates in China for the censorship and uncertainties that have surrounded the case of the tennis player Shuai peng, which denounced the sexual abuse of a former leader of the Chinese Government and of which there is hardly any evidence, outside of communications from media related to the Government, since the complaint was made.

As explained Steve Simon, President of the WTA, all WTA tournaments held in China, including Hong Kong, are suspended.

"I don't see how our athletes can compete there while Shuai Peng is unable to communicate freely and has been pressured to contradict her allegations of sexual abuse"Simon said.

This supposes the suspension of nine tournaments, including the jewel in the WTA crown, the Teachers Cup, that should have started to play in Shenzhen (China), last year. The tournament was suspended in its 2020 edition by the pandemic And this year he moved to Guadalajara, Mexico, on time.

"The WTA is going to do everything possible to protect its players. I hope other world leaders can keep fighting for justice for Peng and for all women in the world, regardless of the financial consequences, "added Simon.

Peng's case began on November 2, when in a message on his social networks he denounced the former Chinese Vice Premier Zhang gaoli for having abused her for three years. This message was deleted just half an hour after it was posted and Peng was missing for several days.

To calm the situation, a Chinese television station related to the Government issued a letter, on behalf of Peng, requesting privacy, denying the complaint and assuring that he was well. This only increased the concern towards the Chinese player, of whom images and videos were distributed, once again through media and journalists close to the Government, in subsequent days.

Different organizations with the UN and Amnesty International They showed concern about the lack of contact with Peng and the need for her to show that she was really okay.

The WTA, always through Simon, assured that it had not been able to contact Peng by mail or phone, and threatened China with suspending all the tournaments currently in the country, despite the economic damage that this would entail. To be certain of Peng's safety and freedom, Simon asked for a video call with her in a room where he was assured that only the tennis player would be there. This did not happen.

It was then that Peng made a call with the International Olympic Committee (COI), more specifically with its president, Thomas Bach, in which he reported that he was fine and that he is in Beijing, insisting once again that your privacy be respected. There were no images of the call other than a photograph.

The WTA, faced with the alarming lack of news from Peng, has decided to take this drastic decision, which also puts the ATP, which also has various tournaments in China, less than the WTA, yes, and that at all times has shown its support for the tennis player.

Peng is all one former world number one in the doubles category and champion of Roland Garros and Wimbledon.

"It is a disgrace to have had to come to this point. Both China and Hong Kong are full of very good people who we have worked with for many years. But if China does not carry out the measures we have asked of them, we cannot endanger our players and workers by holding tournaments there. Chinese leaders have left the WTA with no option, "said Simon.