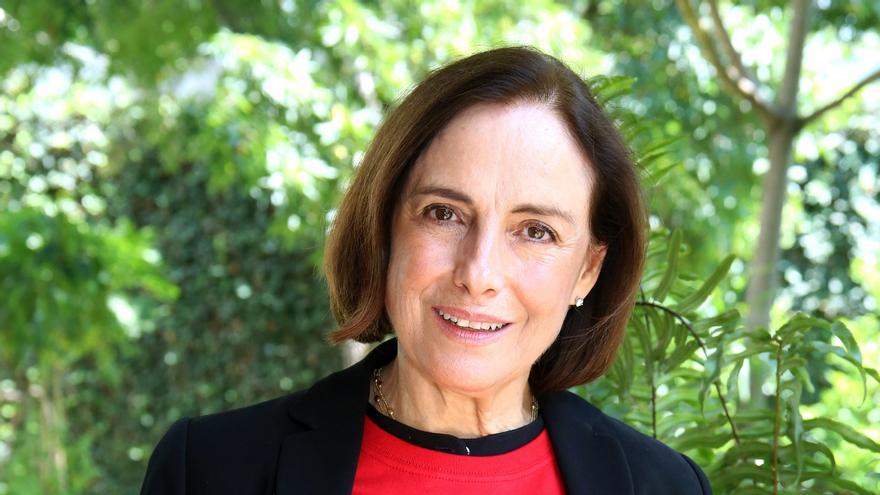 Mexico City Jul 11 ​​(EFE) .- At 76 years old and with a long career, the Mexican actress Diana Bracho continues to experience each character as unique and the last, from the telenovela “What’s wrong with my family?” been “the most painful” that he has had to interpret, and now he reinvents himself and fulfills his youthful dream with his first book of poems.

“I have written all my life, at the age of 7 I wrote my first poem, I studied philosophy and English letters thinking that I was going to be a writer, I strayed and became an actress, which makes me very happy, but writing was a subject pending in my life, “says the leading actress in an interview with Efe.

Bracho is currently preparing the last details of the publication of his poems that will be edited by the Autonomous University of Nuevo León.

“It is a project very close to my heart, it is a compilation of poems from different periods, it is divided into three parts, I just need to refine a little and choose which ones I want to publish and which ones not,” he says.

A PATH IN ACTION

Born in 1944 in Mexico City, Diana Bracho grew up surrounded by the artistic medium. She is the daughter of the famous Mexican actor and director Julio Bracho (“La sombra del caudillo”, 1960) and the actress and dancer Diana Bordes Mangel; Furthermore, she is the niece of Mexican film divas such as Dolores del Río and Andrea Palma.

Despite her father’s refusal, Diana became an actress and her debut was with director Arturo Ripstein in the film “The Castle of Purity” (1973), which earned her an Ariel Award for Best Female Co-performance.

Recently, another great character was given the opportunity to live to the fullest, like Luz, a little understood mother who will go through a severe illness, in Juan Osorio’s most recent production, “What’s wrong with my family?”

“It was a lifetime, it was eight months, it was a childbirth, a very rich, very enriching, very intense experience, painful at times and finally joyful,” says the actress when she said goodbye to the novel that ends this Sunday and is broadcast on the Las Estrellas channel.

Luz gave her the opportunity to experience the transformation of a character who has lived a difficult life, such as the mistreatment of her husband, the neglect of her children, and then the suffering brought about by a severe disease such as pancreatic cancer.

“This has been the most painful process that I have experienced (as an actress), I have had to make strong characters with a lot of pain, violence and strong things, but I had never experienced something like this. Each character I live as unique and unrepeatable,” he explains.

Bracho assures that in all her works she seeks to make her characters as credible as possible, therefore, although her Light will not have a hopeful end, it will leave many lessons to her and to the audience.

“Dramatically it would have been very tricky for her son doctor to save her, it went against the reality of the character,” he asserts.

With almost a hundred audiovisual projects under her belt, the actress confesses that she feels that she has not gotten “anywhere”, since she continues to learn every moment.

Although she is currently “exhausted” and resting from the physical and emotional process she had to go through for the interpretation of Luz, Bracho has a play on the doorstep due to the situation of the pandemic and two film projects.

And her foray into literature has made her reconsider telling her life through a book, which she had refused on different occasions.

“It gives me a bit of modesty, but then I say, yes I have had an interesting life, it would be to tell someone about it, now I think that maybe I do have something to say and that it is a good time in my life to do it,” he mentions .

What he is clear about is that he considers himself an intimate person and that he could not do a television series about his life.

For now, she is grateful for Osorio’s opportunity to include her in his telenovela and to have given her a character “made for me”, although in real life she has nothing in common with Luz.