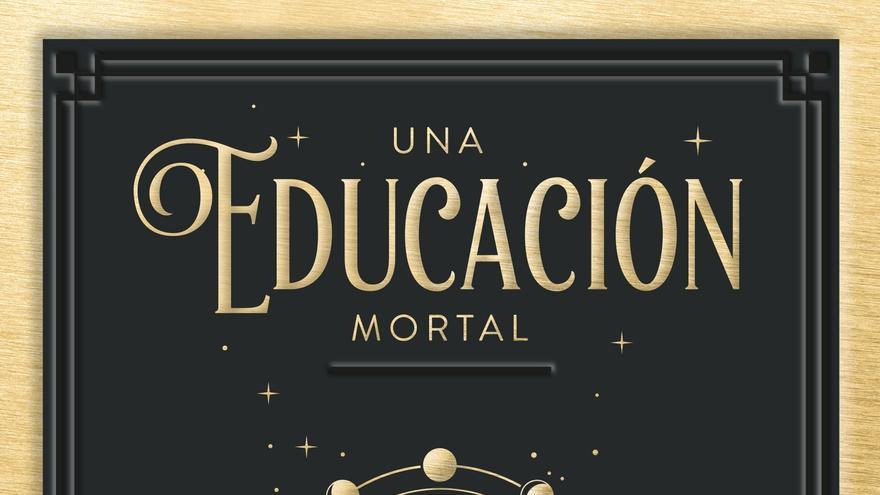 Madrid, Feb 5 (EFE) .- The American fantasy writer Naomi Novik moves away from traditional stories to get closer in "A mortal education", the first novel of a trilogy, to the schools of witches and wizards popularized by the saga of Harry Potter, although giving them his own stamp, "very dark", he assures.

Strongly influenced by the JK Rowling saga along with a book on magic ("Wizards and Witches" by Brendan Lehane) that she had in her home since she was 10 years old, Novik builds a fantastic world, run by women, that stands out for being super dark , modern and twisted in the Scolomancy trilogy, an institution where every mistake can be deadly.

"I liked the idea of ​​mixing the dark world of Voldemort with the warmth of a boarding school," the writer tells Efe. In fact, the novel is set in the occult school of magic and sorcery, run by the devil, who chooses one of the seniors when they graduate, takes his soul, and makes him his servant. "But the outside world outside of school is even worse," he explains.

The story of "A Mortal Education" (Umbriel) takes place in Scolomancy, a school for the gifted in magic where failure means certain death. There are no teachers, no vacations, no friendships, except strategic ones, and survival is more important than any qualification.

Scolomancy is a truly horrible place: "The idea that you spend years locked up in the dark, with the answers to your lessons in flame letters, without teachers, without contact with the outside world. It's a horrible idea!" author.

But a young student, Galadriel Higgins begins to discover the many secrets of the school, and to survive this, much to her regret, she will need the help and support of her classmates.

In contrast to this young woman is Orion Lake, a pleasant student who everyone thinks is a wonderful hero and who will try to stay away even if they are destined to meet and have constant disputes.

The author explains that the character that cost her the most to build was Orion, since not being the narrator, she had to tell her point of view from a different perspective; "I had to put distance to know what I wanted to tell."

Despite its recent arrival in bookstores, and with only the first part written, the Universal Pictures production company has acquired the rights to the trilogy and they are already in the adaptation phase of the script to take it to the big screen.

"I consider myself a 'fanfic' writer, that's why when I started writing the novel I imagined that 'fans' could live in this universe and create new adventures. It was fun to write thinking about this, hence when I finished the book, before it hit the bookstores, I sent it to Hollywood and Universal took it. I couldn't be more excited, "she confesses.

Naomi Novik's name became popular in Spain with the publication of her Daredevil saga, where her first book "Her Majesty's Dragon" won the 2007 Compton Crook Award for best science fiction novel. The saga has nine volumes, the last of which was published in 2016.