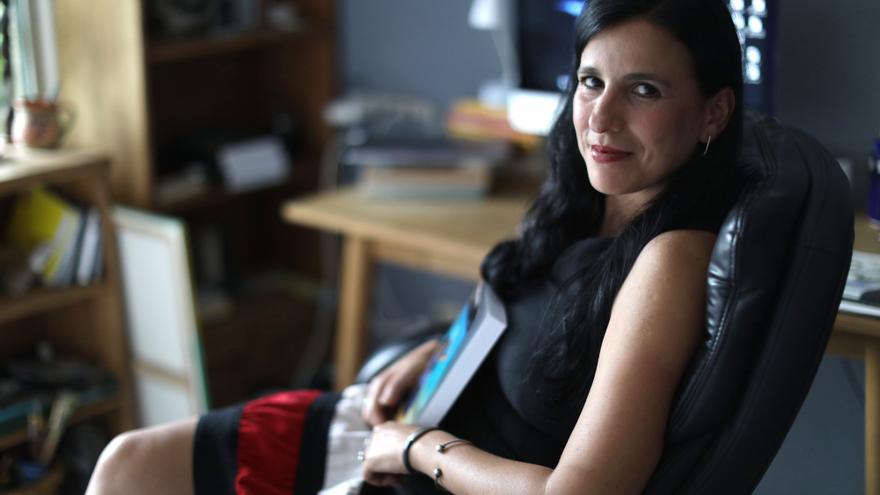 Mexico, Jul 19 (EFE) .- Cuban writer Gabriela Guerra, winner of the 2016 Juan Rulfo Novel Prize, assured this Monday that the popular protests in her country are because people are fed up with the hardships of the day to day and risk your life to eat.

“When I read something about Cuba saying that the demonstrations are commanded by the United States, I wonder if there are human beings capable of believing themselves such nonsense. People are on the streets because they are fed up because they have to risk their lives to get a chicken. or any essential and basic food, “he told Efe.

Guerra, a resident of Mexico since 2009, revealed that he was doubly opposed to the US economic blockade of Cuba, against it because it wreaks havoc on the standard of living of Cubans and because it serves as a pretext for the authorities in Havana to justify their faults. of freedoms.

“I am against the blockade that makes the people suffer and has given the government the justification to blame everything on the United States. If they removed it, another rooster would crow because the people would know the reality,” he added.

In recent days, tens of thousands of Cubans took to the streets with slogans against the Government and requests for freedom, which provoked a repression that the Cuban Government denies, but is observed in videos disseminated on networks and witness statements.

With this, the country experienced the largest anti-government protest since the so-called “maleconazo”, when in August 1994, in the middle of the “special period”, hundreds of people took to the streets of Havana and did not leave until the then leader Fidel Castro.

“The political verbiage is on both sides, it suits the interests of one side and the other. The drama here is that with radicalism, Cubans who are on the island and we, abroad, suffer. Now, for example, my father needs some medicines that can save his life and I can’t send them, “he confessed.

Gabriela Guerra, with three published novels, a storybook and the chronicle book “Nostalgias de La Habana” regretted that protesting is not allowed in Cuba and said that people are tired of the lack of freedom.

“No people of deserves a government of 60 years. After Fidel and Raúl Castro, the president (Miguel Díaz-Canel) was not elected and no people deserves a government that did not decide. It is worth it for a people to make a mistake when choosing and rectify, but in Cuba they cannot choose and even less rectify, “he said.

Guerra said he understood that outside of Cuba many show solidarity with Cuba and criticize the blockade, but he regretted that they only see part of it, something that may be related to ignorance.

“Many people swallow the speech out of ignorance because they were never there. They don’t know that in Cuba we had to secretly listen to John Lennon. There are no freedoms, we couldn’t read (Mario) Vargas Llosa and (Jorge Luis) Borges and we have other limitations unrelated to the blockade, “he concluded.