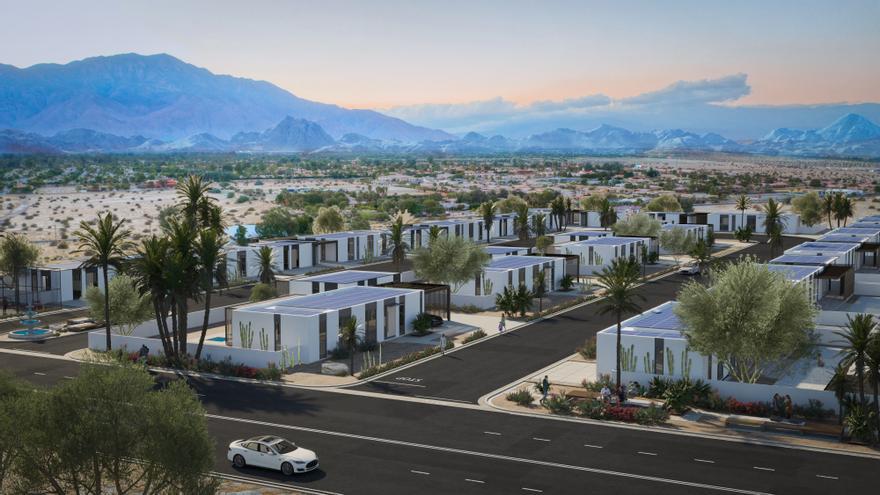 Los Angeles (USA), May 31 (EFE) .- The world’s first 3D printed housing community will be a reality in California (USA) from mid-2022 with the help of the technology company Mighty Buildings, a pioneer in this type of construction.

A total of 15 ecological houses will form this “unique” neighborhood in Rancho Mirage, a city in the Coachella Valley, about 200 kilometers west of Los Angeles, explains the CEO and one of the founders of Mighty in an interview with Efe. Buildings, Slava Solonitsyn.

“The sustainability of this project is very important: using 3D printing we eliminate a lot of construction waste and we are committed to net zero energy,” says Solonitsyn, who created this company in a California garage in August 2017 with three more partners. .

The term “net zero energy” in the construction industry means that the building generates the same amount of energy annually as it consumes, thus reducing its environmental footprint.

And this is one of the primary objectives of this Oakland, California-based company, which aims to achieve “net zero energy” by 2028, more than two decades ahead of the goals set by the US industry.

This objective will be achieved by reducing the energy consumption of the buildings themselves, through efficiency measures in lighting, smart appliances and insulation.

In addition, according to company data, its production process is “almost zero”, which avoids between 1,100 and 2,000 kilograms of CO2 emissions per 3D printed home.

With these projections in hand, the project of this ecological and 3D community represents a “great opportunity” for the company, in particular, and for the world of construction, in general, according to Solonitsyn, for its ability to change the paradigm of buildings on a global scale.

Until now, Mighty Buildings had built smaller individual units and primarily for secondary use in private home gardens.

With the plan at Rancho Mirage, Solonitsyn wants to “show” the world that its printing teams can build large-scale “safe and trustworthy” homes in its robotic production plant, which has 80% of the processes automated.

In that place, the parts of each house are printed one by one, which are then assembled on the spot, reducing the “soft” costs of construction, that is, those that are not related to labor, and hours of work. in the place.

When Mighty Buildings hit the market four years ago, it did so with the backing of $ 30 million from a group of private equity investors, including venture capital funds Khosla Ventures and Combinator and SV Angel, among others.

Its development in recent years, at the design and energy efficiency level, sparked interest in October from other equity funds in its second investment round, in which the company raised another $ 40 million.

With this support, Solonitsyn is confident that the firm will expand throughout California and the US in the coming years, with the goal of reaching Europe and other parts of the world in the medium-long term to address the housing crisis at scale. global.