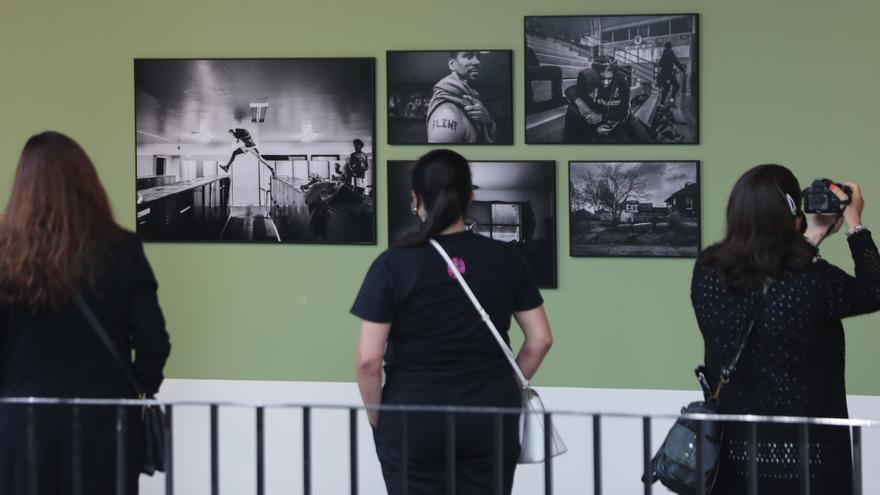 Mexico City, Jul 14 (EFE) .- With an award-winning Mexican and a diverse sample of photojournalism, the World Press Photo 2021 exposes last year’s global problems beyond the pandemic at the Franz Mayer Museum, located in the City of Mexico.

“In these times in which the pandemic has governed many of our concerns, other things were happening in the world, also strong and important to recognize. It is an opportunity to re-open ourselves to what happens in contemporary history,” he responded to Efe the director of the museum, Alejandra de la Paz.

It was the Danish photojournalist Mads Nissen who won the most important prize in this edition’s contest organized annually by the Amsterdam-based World Press Photo foundation.

His work was “The First Embrace” (“The first hug”), a photo that portrays the first hug between plastics that an elderly Brazilian woman receives after five months of confinement.

But beyond these types of issues, cases such as the fires in Portugal, the invasion of locusts in Africa, the social conflicts that occurred in Belarus, the protests over the Black Lives Matter in the United States and the conflict between Palestine and Israel, occupy places Specials in the sample that will be exhibited from July 15 to September 26 at the museum.

In addition, universal themes that have already been exposed previously reappear in this edition, such as climate change or the world situation around refugees.

The museum will exhibit the great diversity of journalistic works made by 45 photojournalists from 28 countries, with 141 winning photographs in eight categories, of which three of them belong to the Latin American countries of Argentina, Mexico and Peru.

Among them is Iván Macías, author of the work “COVID-19 First Responder”, who was the second place winner in the Individual Portrait category.

“It is a job that I have a lot of affection for and that cost me a lot of work, it was months and months of work and that is why I was encouraged to do it (participate in the competition)”, says Macías to Efe, who exhibited his photographs first through networks social and later in the magazine Proceso.

His photograph shows the face of Dr. Katia Palomares and the marks and scars that protective glasses and a mask left on her face after weeks of work in a hospital amid the uncertainty and risk at the beginning of the pandemic.

“I told Katia that your photo came out when we were nominated and she told me, ‘oh, I don’t look pretty’, but she was very happy that in the end we won,” recalls Macías who began his career as a photojournalist in 2019 who is currently presenting his book of photographs, “Huellas de la pandemia”.

However, he regrets that only three Latinos appear on the list of winners, and attributes this to the fact that this could be due to how dangerous it is to practice the profession in some Latin American countries.

“I think that we still need to continue growing and have more representation. There are good jobs, but I think we are on the right track, although I would like us to be many more,” he says.

Likewise, the director of the museum highlights that as every year the representation of women photojournalists in the exhibition is still considerably lower than that of men.

“It is always a little unbalanced, according to the World Press Photo foundation itself, a more forceful participation is needed, there are barriers that have to continue to be broken down so that women have a more active participation in photojournalism,” said De la Paz .

The exhibition has been presented in a religious way for 22 years on the premises, and this year it is part of the museum’s 35th celebrations, mostly dedicated to the exhibition of decorative arts and architecture.