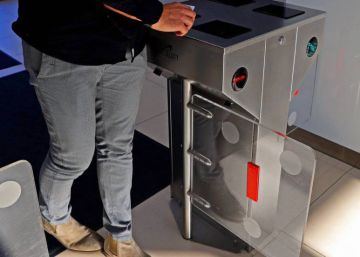 The Andalusian company Software Delsol It was news this week for having implemented the four-day workday without reducing wages. To this end, the staff has increased by 25 workers and hopes that the result will not be a reduction in benefits, but quite the opposite: that the improvement of the work environment and the greater commitment of the workers will allow it to increase productivity. It is not an experiment with soda. A similar measure applied by Microsoft Japan has allowed it to increase by 40% and there are many companies that, as promoted by the Human Factor Foundation, try to improve results by emphasizing the well-being of employees and proper management of life times.

This is going to be the central debate of the coming years. Not only authors like Josef Stiglitz or Thomas Picketty They have warned about the increase in inequalities and their catastrophic consequences. Even organizations that have applauded and encouraged austerity policies now warn that inequality must be reduced. But the greatest source of inequality has to do with access to work, which brings consequences of all kinds because work is not only the main mechanism for the distribution of wealth: it is also the main mechanism for participation in social life.

So far, as he showed in a famous graphic which will be Minister of Universities, Manuel Castells, productivity has not stopped increasing, and one way of sharing its benefits has been to reduce working time. In 1850 a person spent an average of 150,000 hours throughout his life to work. In 1900 there were 130,000 and in 1950, 110,000. In the year 2000, it ranged from 60,000 to 75,000. In 150 years, productivity increases, almost always linked to technological improvements, have reduced working time and increased wages at the same time. What is coming now is a new technological revolution, based on robotization and artificial intelligence, which will allow a new leap in productivity. More can be produced with less human work. Why should we not apply the formula that we have followed so far and that has been the most successful in terms of social progress?

We have two ways to meet the challenge of guaranteeing social justice: sharing work or distributing wealth in the form of unemployment benefits, minimum income or social assistance. Even if the result were the same, which is not, sharing work will always be a more socially equitable option, because it offers guarantees of full social insertion and allows greater harmony with vital times. The second, on the other hand, can guarantee subsistence, but does not eliminate the risks of growing social exclusion. In this model, some suffer because they work too much and cannot reconcile, and others because, having no work, they cannot enjoy life either.