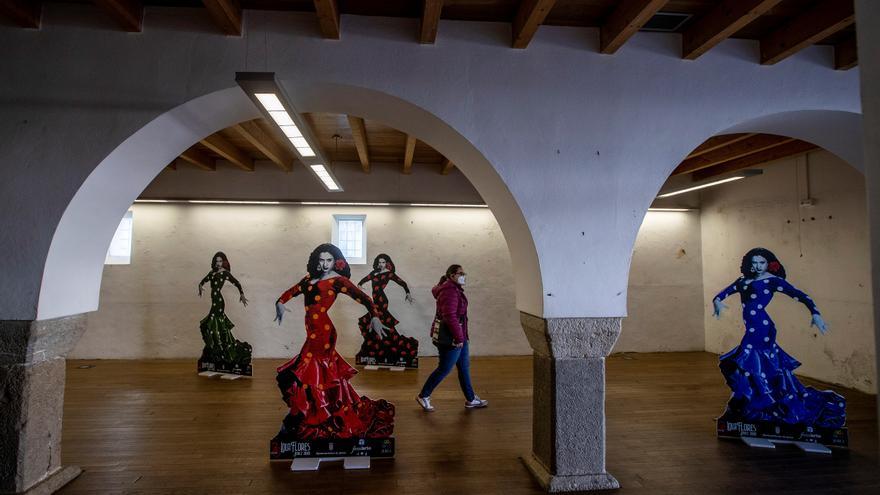 The works, which include the adaptation of the Oil Warehouse, in the historic center of the city, will last four months from the signing of the contract with the Jerez City Council and a total amount of 133,600 euros.

Speaking to journalists, the mayor of Jerez, Mamen Sánchez, has indicated this day as a "decisive step" in the launch of the Lola Flores Museum, which she hopes to open in 2022.

"We can now cherish that desire for Lola to see her museum open in Jerez", has ventured Sánchez, defending that "La Faraona" is an icon that continues to set trends and that represents "faithfully and authentically the soul of the city summarized in two words: passion and art ".

In the words of the mayor "this museum makes Lola more universal and Lola makes Jerez more universal", underlining that "nowhere else in the world will you be able to find the jewel that this museum will treasure", and that will turn it into "a place the only place to discover many secrets of his work and his legacy ".

"We want to capture all the power, creativity and overwhelming personality that Lola Flores had, who was universal, and bring her to Jerez," said the mayor.

Sánchez has shown his satisfaction for this new advance, which the family of Lola Flores also shares, as he has assured, and has thanked "her willingness and commitment" to establish the legacy of "La Faraona" in the city of Jerez, which will be evident in a collaboration agreement that will be signed "very soon".

"We are waiting to close the dates for Lolita and Rosario so that they come to Jerez to sign this agreement and put into motion this great dream of Lola Flores," he added.

The Delegation of Culture is already working on the specifications for the musealization of this space, which will provide it with content and which will have an initial budget of 357,300 euros from the Edusi funds.

Added to this is also the construction of the Lola Flores Cultural Center, located a few meters from the Oil Warehouse, which will serve as a multifunctional space to host shows and activities that complement the museum's cultural offer, already awarded for an amount of 193,400 euros. .

"More than 700,000 euros that will mean dynamism, opportunities, employment, and more life for the cultural heart of Jerez", has added its mayor, recalling that in this same enclave of the historic center of the city the Museum of Flamenco will be built. Andalusia, a macro project that will configure a "powerful, cultural and flamenco" district.

After the signing of the contract today, the company will be in charge of the adaptation works of the space, which include the construction of an elevator, accessibility to the museum and the reform of the toilets, as well as small reforms that are resolved for the phase of musealization.