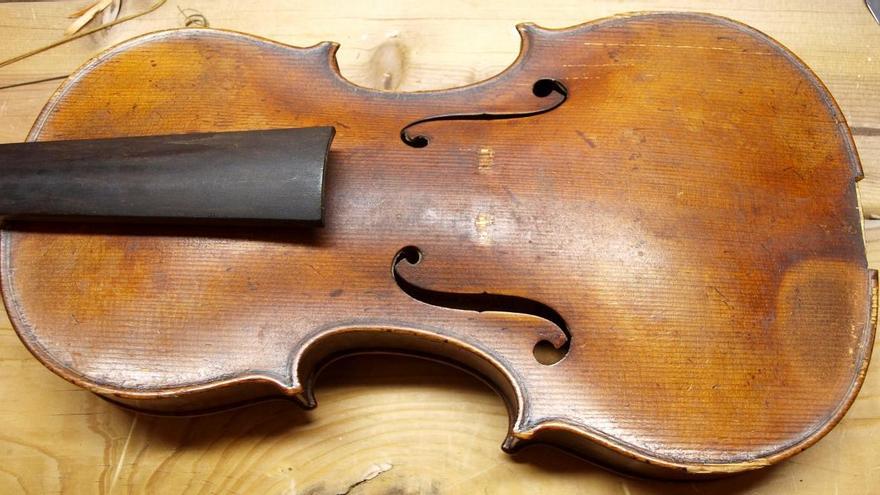 In an article published today in the magazine Science Paolo cherubini, of the Swiss Forest Research Institute (WSL), proposes to use the dendrochronology as a non-destructive method of dating and guaranteeing the authenticity of these instruments.

As he explains to SINC, “dendrochronology studies the growth of trees over time. Counting the rings present in wood and measuring their physical-chemical characteristics allows us to understand the environmental conditions in which the tree grew”.

String instruments, particularly those made by Italian luthiers such as Guarneri or Stradivari in northern Italy during the 17th and 18th centuries, they are among the most valuable works of art in the world. For their timbral and tonal qualities, they have been highly appreciated and recognized by musicians and performers for centuries.

An example of the value that these instruments can achieve is the sale of the violin in 2012 ‘Vieuxtemps‘from the luthier Guarneri del Gesù, which reached a figure of more than 16 million dollars during an auction. But, as unique items, they are prone to falsification, and a simple examination of its style and design may often not be enough to assert authenticity.

Limitations of the method

On the contrary, says Cherubini, the study of the characteristic patterns of the wood – also used to verify the authenticity in painting – is the only non-destructive analysis technique that can indicate the date from which an instrument could have been constructed. .

This method has its limitationssince, to be precise, you need the wood of the instruments to be compared with wood samples from the same region and epoch. “It is for this reason that only the analyzes carried out by experts with the appropriate methods, and with a registry of samples as extensive as possible, should be valid,” warns Cherubini.

“In the last 20 years there has been great controversy with some instrument dates that have confused the community. That is why I have written this Perspective on Science to clarify the potential and limits of dendrochronology “, concludes the researcher.