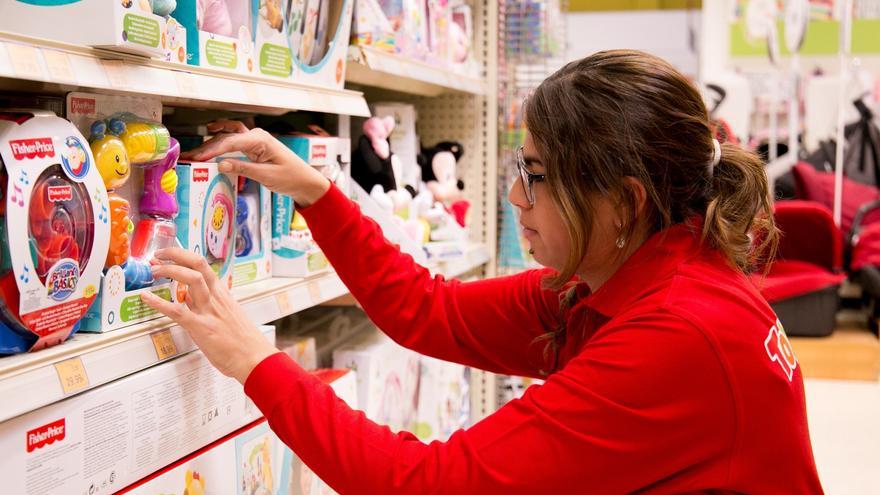 The average salary of women in the Canary Islands is 19,051.01 euros compared to the 22,333.63 euros that men receive annually, which is a salary difference of 3,282.62 euros, as reported by the Secretary for Trade Union Action, Women and Youth of CCOO in the Canary Islands, Esther Martín.

The average salary of Canarian women should increase by 14.7% to match the average salary of men on the islands. The national average stands at 21.4%, mainly due to the fact that salaries in the Canary archipelago are among the lowest in the country, with a differential of 3,245.64 euros.

The increase in salaries in the last decade has led to a rise of 14.4% for men, while the salary increase for women has been 11.2%. Today, women earn less than men did in 2008.

According to Esther Martín, Canarian women join and stay in the labor market facing inequalities which are reflected, for example, in the activity rates they occupy, in the partiality they face, the eventuality in hiring, the high percentage of unemployed women, precarious feminized sectors, together with the inability to unlink the gender roles that continue assigning reproductive and care work almost exclusively to women, directly and indirectly influencing women’s wages, as well as present and future benefits, making clear the wage gap due to gender condition they suffer.

Other elements that explain the wage gaps, as Esther Martín explains, “are segregation by sectors subjecting us to that sticky ground that does not allow us to advance or a glass ceiling that, despite being women the highest percentage of people with higher education, these data are diluted when trying to access management bodies, both in the public and private spheres “.

It also points out that women also bear direct discrimination, as the Supreme Court ruled before the lawsuits filed by CCOO against several hotels on the island of Tenerife, the High Court confirming the wage discrimination to which women were subjected.

There are other inequalities underlying the wage gap, such as the difficulties associated with reconciling personal, family and work life as well as the lack of joint responsibility in the tasks of caring for our minors and dependent family members.

Poverty with a woman’s face

The union secretary comments that the job insecurity suffered by women also affects the gap by gender status in pensions, where the average in the Canary Islands of contributory pensions is 926.09 euros, 1064.74 euros for men and 785 , 60 euros for women, therefore reaching 26% in this area.

“That is why, unfortunately, we can affirm that poverty has a woman’s face and that we are working poor workers and we will continue to do so in the future unless corrections are applied to it, both in the public sphere and in private economic activity”, affirms Martín.

From CCOO Canarias they consider it essential to act against the wage inequality between women and men, with policies, resources and strategies in the different aspects that determine this discrimination, so that this gender wage gap is made visible, reported, sanctioned and it is corrected until its total and definitive eradication.