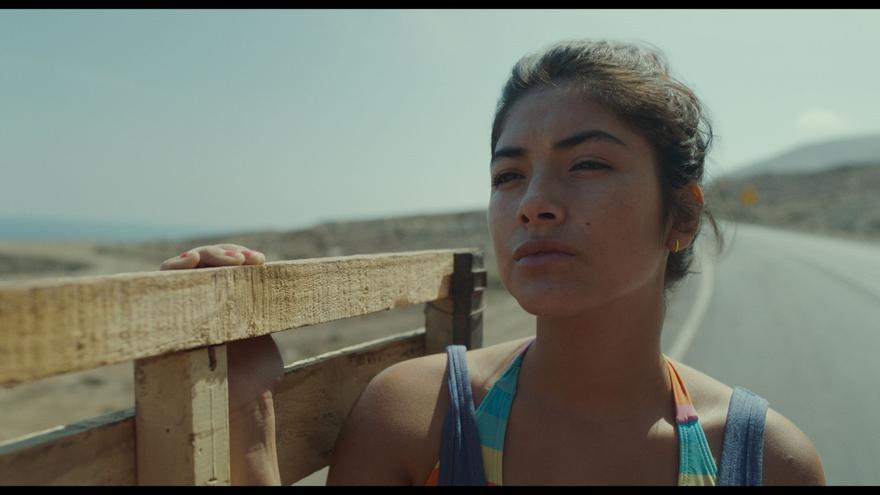 Santiago de Chile, Aug 6 (EFE) .- Co-produced between Europe and Latin America, the film "La Francisca", Rodrigo Litorriaga's debut, portrays the harshness of being a young woman in northern Chile, a drama about the precariousness of the regions and the strength of a generation that has left its mark on the country's history.

"The young people of Chile have been the engine of change, they managed to break the institutional framework that existed and achieved a more solid and fair basis for our society," he tells Efe Litorriaga from Bordeaux, in a virtual meeting.

The film, which has a team from Chile, Belgium and France, recounts the life of "La Francisca", a girl who lives in Tocopilla, in the Atacama desert, and who leads a life more as an adult than as a young woman: she works and She takes care of her younger brother, with autism, while dealing with uninterested parents.

This panorama leads her to think about leaving town to find new opportunities, while in Santiago the student protests of 2011 are taking place, considered as the prelude to the social crisis that broke out in 2019, the largest in 31 years of democracy, in which young people were great protagonists.

Litorriaga, who was born in Santiago in 1973 but spent his first 17 years in Europe - where his parents emigrated after the Augusto Pinochet coup - returned to Chile as a student and realized "the economic and social precariousness" that still persists. in many areas of the country.

Since then, he says, he has wanted to bring this situation to the screen to denounce "the late evolution that the institutions have had in the regions after the military dictatorship", which ended in 1990, and to "praise the role of young people who have been marginalized from politics "in recent decades.

"The adults delegated to them the work of change (towards democracy), they abandoned them to their fate in a very hostile world, and the film tries to represent that generation that found itself in check with its own possibilities," he details.

The filmmaker, who in previous short films has dealt with topics such as Moroccan immigration in Brussels or exiles in France, considers himself "identitarily Chilean" and one of his objectives was to represent the Latin American country "from the periphery to the center", and not the reverse. "With roots", he clarifies.

This is how earthquakes, typical of Chile -one of the most seismic countries in the world-, are present throughout the entire film, just as they would be in the real life of the protagonist, and the sea or the desert they become other key elements of the narrative.

"In the provinces of Chile there is a lot of social and economic marginality, but there is also extreme beauty and many epic stories, of people who abandon their families, often without resources, which must be told," he says.

The film, with independent dyes, will be released in Chile on September 2 through the PuntoPlay platform and also hopes to reach the big screen in Belgium and France.