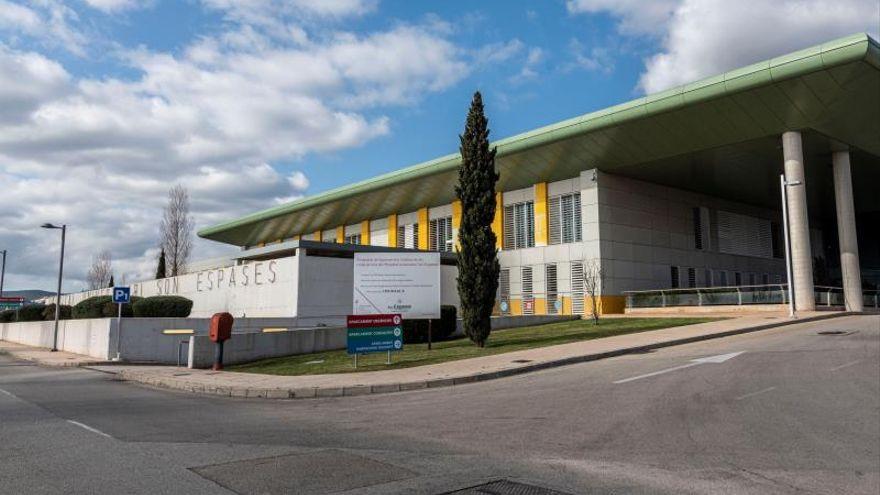 A woman has died this Tuesday at the Son Espases hospital after being attacked on Monday the 13th by her husband in Palma, a 55-year-old man who was detained by the National Police after the events. As reported by this security body, the woman hit her head after falling to the ground due to a kick that the man gave her, which led to her admission to the ICU of the hospital center, where she died on Tuesday.

This would be the 25th victim of sexist violence in Spain so far this year, after the murder yesterday of a woman in Tenerife whose body was found in a septic tank. As explained by the police after the facts, the agents were alerted to the attack at ten in the morning on Monday the 13th, when they went to the house in the Son Cotoner neighborhood and found the man on the landing of the stairs and the woman inside. from the house, on the floor, conscious and with a pool of blood around his head.

The alleged aggressor has numerous police records, several for acts of the same nature, and in 2016 he was arrested for mistreatment of the victim. Also in March 2019, a court issued a restraining order for him for six months, which expired in September of that same year, and other complaints by the victim against the man are recorded in the UFAM files. The events occurred on Monday morning, the 13th, when a call to 091 gave notice that a man had assaulted his partner in a house in the Son Cotoner neighborhood, with a kick to the head.

When the agents arrived at the scene, they found a man on the landing of the staircase of the building, who stated that he had had a strong argument with his partner and was waiting for him to return some belongings to leave there. After accessing the interior of the house, the police found the victim lying on the ground, with a large pool of blood surrounding his head, conscious and with visible bruises on the arm, as well as on the head.

The victim and her aggressor, according to a witness, had been married for about seven years and lived in another address until four days ago they moved to live with this witness, who was the one who called 091 to report what happened in that house. . The witness indicated that the night before the alleged aggressor left the home with the victim’s cell phone and 50 euros also from her, without her consent, so when he returned in the morning, the victim reprimanded him, which was the start of discussion.

According to the witness’s account, the detainee pushed the victim and, once on the ground, slapped her and punched her in the face. After a few minutes the woman was able to stand up and move to the kitchen of the house followed by the aggressor, who gave him a strong kick to the head, which caused him to fall to the ground and the victim hit his head again, leaving supine, position in which he was upon the arrival of the agents.

Due to these blows, the woman began to bleed abundantly from the head, so the witness placed a rolled-up towel under her head. Before the victim was transferred to the Son Espases Hospital, the victim told the agents that her husband had assaulted her very violently and confirmed that she had received a kick to the face, after having beaten her in the same area on several occasions. Given these events, the police detained the man as the alleged perpetrator of an injury crime and attempted murder.

María, six months of sequels due to an irresponsible contagion in a nightclub