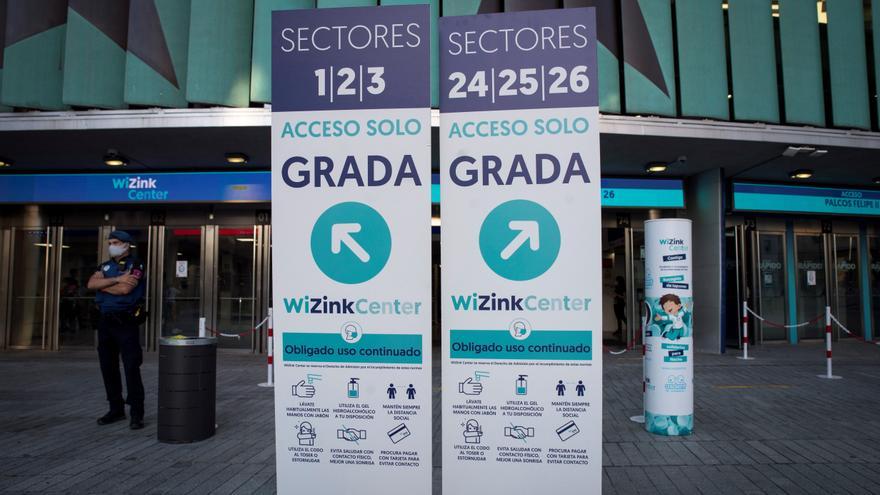 Madrid, Jan 26 (EFE) .- The covid-19 pandemic and the subsequent confinements and stoppages in the sports and entertainment field drove the Wizink Center in Madrid to the number 1 in attendance among all venues in the world, one of the few that maintained some activity.

This is indicated by the classification “Top 200 World Arenas” of the specialized magazine Pollstar, which shows that the Spanish space received about 440,000 people in its facilities, followed by the Lanxess Arena in Cologne (Germany), with about 410,000 attendees , and Madison Square Garden in New York, with 394,000.

The Wizink Center is no stranger to the top positions on this list, since in 2019 it was the fourth venue that sold the most tickets in the world and in 2018, the third.

In total there were 86 events held there in 2020, 42 of them sporting (as the headquarters of the two main basketball teams in the city), but also musical, notably the still massive concerts in February by Jonas Brothers and Serrat and Sabina on their joint tour, before the outbreak of the pandemic.

The still popularly known as the Palacio de los Deportes de la Comunidad de Madrid was also the first venues to open its doors. It was on July 3 with a special concert by Loquillo, which was followed by others such as Izal or Operación Triunfo, all with very small capacity and numerous security measures such as air renewal every 12 minutes.

His biggest milestone during this health crisis was the celebration last December of Raphael’s concert for his 60 years of career that brought together some 5,000 people, the largest in pandemic in Spain.

In addition, depending on the health evolution, the Wizink Center already has a total of 165 events planned for 2021, of which 96 would be concerts, with a reduced capacity of 40 percent.