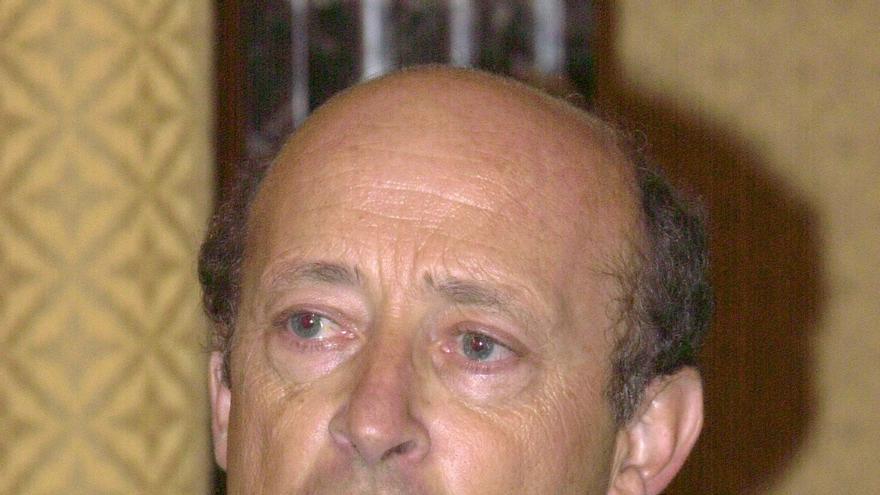 Madrid, Jul 3 (EFE) .- Simón Bolívar “did a disservice by liberating the Ibero-American nations,” the Spanish writer Borja Cardelús, author of “América Hispánica,” said in an interview with EFE, for whom the Latin American leader “dragged” to a population that “was extremely comfortable under Spain and that had progressed in a much more orderly manner.”

Those nations “directly became British colonies, stripped since then of their natural resources in exchange for subsistence wages,” says Cardelús, who justifies the need to now publish “Hispanic America” ​​due to the “resurgence of the black legend and the attacks against Spain in a more visceral way than ever “.

“The relief (of the British) was taken in the 20th century by the United States, and Latin America has continued to be emptied of its resources (minerals, soils, forests …), to supply almost free raw materials to the industries of those countries. The small oligarchic groups won a lot and the vast majority of the continent’s population lost, “says Cardelús, recognized for his documentaries on the Environment and Agriculture, for which he has been awarded throughout his career.

For the author of “América Hispánica”, the independence of the Spanish territories in Latin America “was a disgrace, a mistake, but propaganda is propaganda, they continue to believe that Bolívar was the liberator and it really was the beginning of the two centuries of disgrace that Ibero-America carries and that is in full deterioration “.

THE COMPLEX OF SPAIN

The book compiles previous works by the author on the Spanish presence in that continent, but also reveals aspects of that historical period “still unknown to many people.”

Among them, “the civilization that created Spain, the exploration of the Pacific – we only know around the world, says Cardelús-, or the Laws of the Indies, which saved the Indians from extinction, and almost nothing about the Spanish footprint. in the U.S”.

“América Hispánica” also rescues figures such as that of the Spanish queen Isabel ‘la Católica’, “who from the first moment and inspired by Christian doctrine grants the Indians the category of subjects, and not slaves, so they have to be treated like the other Spaniards “, or Hernán Cortés,” an essential character not only in the history of Mexico, but also in the history of America and humanity. ”

“He had seen the beginning of the Spanish occupation in America, which was disastrous, and which created the beginning of the black legend. But when he conquers Mexico, he rejects that system outright and applies the idea of ​​Queen Elizabeth. Mexico is not a colony, but an extension of Spain. ”

A LEGEND NUTRIED BY INTERESTS

For Cardelús, this “unjust” black legend is nourished by “economic, political and religious interests. It seems that Spain spent a very short time in America, that it occupied, conquered and ended, and no, Spain was three centuries. Places like three quarters parts of the United States were a Spanish province. ”

“When Spain and England arrive in the United States there are a million Indians. When both countries leave a century and a half later, there are 500,000 left, and those are in the Spanish areas. In the English area they were extinguished and immediately took over their lands. “, he assures.

After leaving Spain, says Cardelús, “three elements enter the scene: English companies, first, North American companies later, and from other places, but exploiting companies; the elitist Creole element that had control of the land and capital and very corrupt politicians. ”

And later came “also the internal movements, totalitarianism of the left and of the right, coups d’état … There is tremendous chaos and of course, someone has to be to blame and the most comfortable thing is to throw it to Spain instead of to the that have governed Latin America for two centuries, “he recalls.

In the case of the United States, “when Spain leaves and the North Americans enter, they occupy the lands that Spain had given them, but those Indians were already trained and were able to integrate into the new Western society and their descendants are the ones who are destroying the statues today. like those of Junípero Serra “, indicates Cardelús.

And he explains a situation very unknown today: “Currently in the superior courts of the western United States, such as Louisiana, New Mexico or California, they are returning to the Indians the lands that the North Americans took from them, and the titles are the Laws de Indias, the code of the seven games of Alfonso X “El sabio” and the concessions granted by the King of Spain. In the file of indias of Seville there are always North American lawyers who are tracking those titles “.